If there had been any doubt about Chelsea’s need for a new goalkeeper, Kepa Arrizabalaga has ma...

If there had been any doubt about Chelsea’s need for a new goalkeeper, Kepa Arrizabalaga has made a point of showing us how necessary Edouard Mendy’s arrival at Chelsea is this season.

The Basque ‘keeper conceded another goal from outside the box against Brighton & Hove Albion on the opening weekend of the Premier League season, before handing a second goal to Sadio Mane during Chelsea’s first game at Stamford Bridge on Sunday.

Edouard Mendy has arrived in London with many of his new club’s fans knowing next to nothing about the shot-stopper. The nature of Kepa’s performances means that his transfer has thrilled many Blues supporters in a window full of superstar signings.

The Senegalese international is expected to improve Chelsea, but what exactly can we expect from Mendy?

By 28 years of age, most goalkeepers signed by a Premier League club have a bank of evidence to analyse. Chelsea’s new signing spent only one season at Stade Rennais, who finished third in Ligue 1, in a season which ended after 28 games due to the COVID-19 outbreak.

Mendy was a late bloomer, having only begun his rise to the top level of football at 24 years old by signing for Stade Reims, where he impressed over the next three seasons.

Edouard Mendy’s an example to young footballers to never give up.

Aged 23, from Aug 2014 to Aug 2015, he was unemployed & considered quitting football.
(He’d left Cherbourg & an agent promised him a move to England which never happened).

Now he’s set to be No1 at Chelsea.

Mendy was reliable and eye-catching during his debut season, conceding just 0.79 league goals per game compared to Kepa’s 1.42.

According to Sky Sports, the £22 million signing had a 22.8% higher save ratio than Kepa’s last season. Mendy had 33% less errors leading to shots and 0.87 more saves than Kepa per 90 minutes last season.

Confidence can be taken in Mendy repeating similar figures as he has impressed many in France, including his former manager Julien Stephan.

"He's a top guy. In games, in training, he's a driving force. He communicates with everyone, he talks a lot, he's a leader in the locker room". 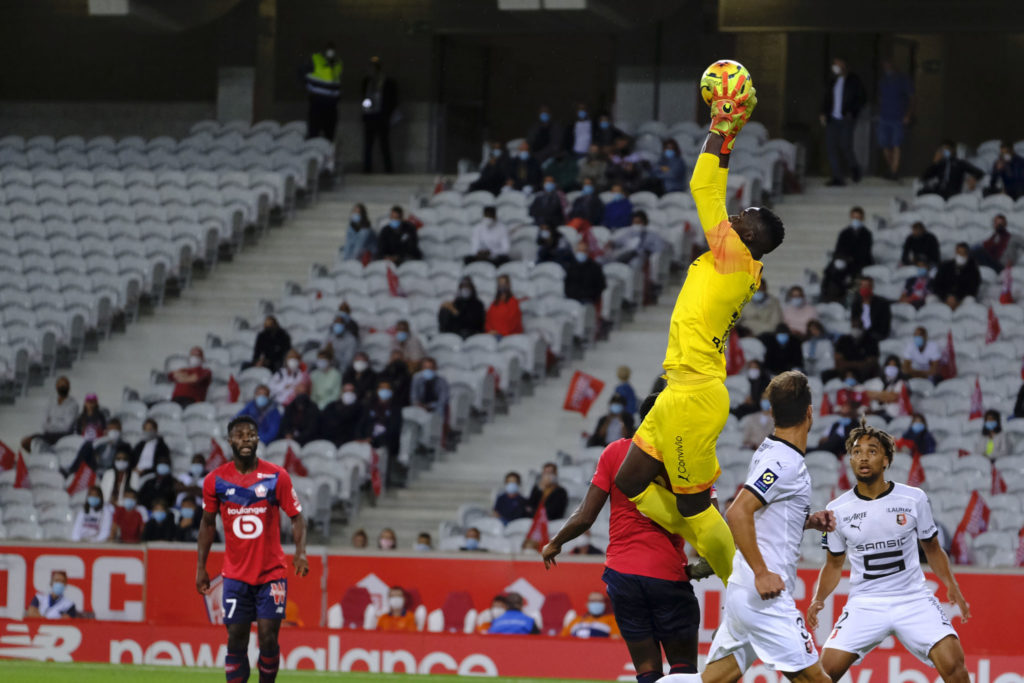 He played a significant role in the signing, according to Frank Lampard, who told chelseafc.com, “Petr was important in that because goalkeeper is a very particular position and he was the best in the world at that position for a long time so he's certainly had a big say in this situation from my point of view”.

Although Mendy is unlikely to perform at the same level as Alisson or Ederson, the statistics and comment around him suggest he can bring Chelsea much closer to the league's two strongest sides.

With the Thiago Silva and Ben Chilwell set to strengthen Chelsea’s back four, Mendy can bring an improved sense of confidence to the London outfit’s defence. Chelsea's approach to big games can be more aggressive knowing their back five will likely be stronger.

By bringing in a higher level of competition, Mendy can also potentially bring out the best of Kepa. The Spaniard has faced little competition for his position since signing as the world’s most expensive goalkeeper.

While the competition for a place in the starting line-up can push anyone to improve, it would seem Chelsea’s current number one, in particular, could do with the threat of not being selected. Previous poor performances and refusing to be substituted during the 2019 Carabao Cup final did not restrain Kepa’s playing time significantly.

A real threat to his position - and possible future at the club - has arrived.