With Slovakia looming, who better to give the Ireland game a once-over than Kevin Kilbane? While ...

With Slovakia looming, who better to give the Ireland game a once-over than Kevin Kilbane?

While Kilbane has always been a vocal supporter of Mick McCarthy, the Mayo man has liked what has seen so far from Kenny's Ireland.

"It's absolutely easier for the defence to sit nice and deep, get the midfield close and tight" @kdkilbane77 on the change in style of play under Stephen Kenny.. @paddypower https://t.co/r0VAuQ21N1

"You could see absolutely there was a high line," said Kilbane of Kenny's side so far.

"We will get caught out, you are vulnerable to a ball over the top. There was a push from the backline to squeeze the midfield. It wasn't always great football but I liked what I saw.

"I saw positives signs, certainly in the first match and I'll be looking forward to seeing if they can continue to progress for the Slovakia game."

Goalscoring has been an issue for Ireland managers, particularly since the retirement of Robbie Keane.

The lack of chances Ireland had in Kenny's opening two matches led Kilbane to draw a comparison with a Premer League manager.

"If you look back at certain mangers when they start off at a certain club - I'm not trying to pigeonhole Stephen Kenny. But if you look at Brendan Rodgers, or someone like that, where they might dominate possession in certain games in the early stages, but the goals didn't necessarily flow.

"If you look back to his Swansea days, maybe even his Liverpool days, goals weren't necessarily flowing.

"You could see there was a style starting to be built. You just need to look at the career he has had and what happened at the clubs he has been at. The goals have steadily started to flow.

"The chances will flow but it is a work in progress. We need to give it time. The players, the coaching staff, just that little bit of time to see how things will be going.

"I think this game might be a little bit ahead of schedule before we have got the big ones coming up."

Kilbane is aware this Republic of Ireland side needs to avoid conceding more sloppy goals, but he thinks the entire team working together can help prevent defensive issues.

"Every unit on the pitch needs to work together," said the former Ireland defender.

"That's what you'll find all over the pitch. Even if you look at the attacking third, look at the three or four front players whatever system Stephen is going to adopt going forward.

"If they look to press then they get played around, maybe get exposed, that has a knock-on effect across the pitch." 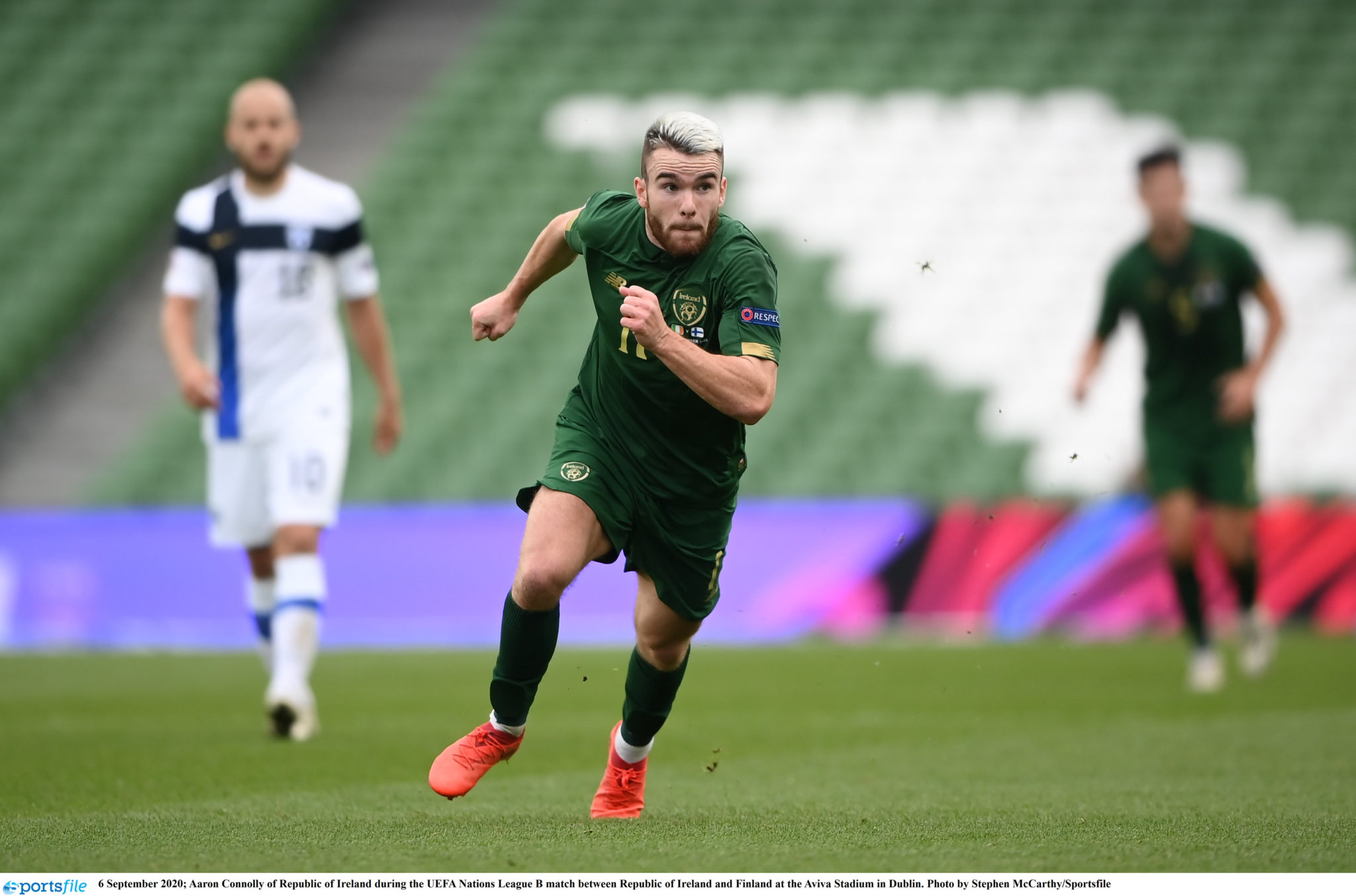 Stephen Kenny's Ireland will make mistakes according to Kilbane, but crucially they will also cause opposition mistakes.

"So if you get your units right and your distances right across the pitch, it should be fine. But when you are playing that risky football a bit higher, a bit further forward, you're going to get caught out.

"Certainly with balls over the top, but it is that risk and reward.

"When we did press, we won a few high balls up the pitch and managed to get a few chances from that. That is the reward you get for playing such a high line," he said.

"It was a Boxing Day game, so..." | Guardiola speaks after Etihad goalfest

Leicester boss Rodgers: I’m not sure what the Conference League is