Kevin Doyle: 'My 7-year-old might tap me on the head and I notice it a lot'

Former Republic of Ireland striker Kevin Doyle considered the presence of heading in football and concerns he has about his own long-term health.

A matter of days after his 34th birthday, Kevin Doyle called a premature halt to his professional football career citing medical advice as the determining factor. Plying his trade in the MLS with Colorado Rapids, the former Premier League striker had suffered a number of recent concussions and was forced to admit that heading the ball had become a serious issue for him.

"I didn't associate the two initially," he explained to OTB Sports on Tuesday's show, heading the ball and any subsequent pain in the head not resonating with potentially lasting damage at first.

"I got the point where I dreaded heading the ball and in the last year of my career I felt like crap. I just wanted to go home and sit down on the sofa and I would be in a bad mood for the day. Any tolerance I had to take any bang on the head was gone. Where I used to love heading the ball, my neck would be disappearing into my shoulders with the thought of the ball coming toward my head.

"I would be putting my hands up in front of my face. Thankfully, I was old enough and mature enough that the coaches wouldn't say anything to me. If you're a younger fella though, you are under a bit of pressure to 'take it like a man', all that crap. At the time though, I wasn't putting 2 + 2 together as quickly as I should have been. You are in a bit of denial." 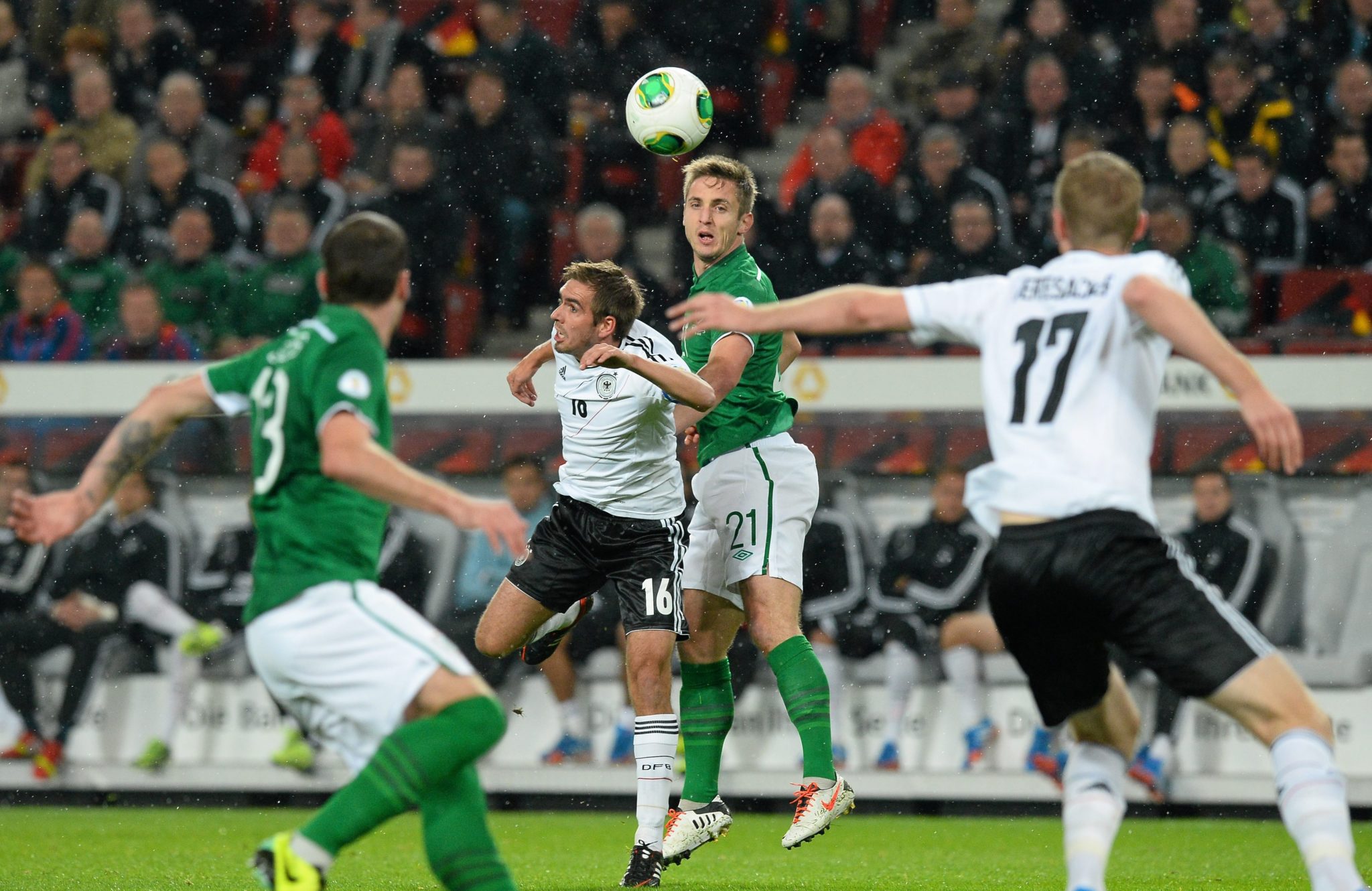 A former Republic of Ireland international with 62 caps to his name, heading had been an instrumental part of how Kevin Doyle exacted his influence over a game.

Still a few years shy of his 40th birthday, Doyle struggles to comprehend what negative impact his professional career may have on his health in the decades to come.

Nevertheless, he does what he can to expose himself to the potential ill-effects.

"I force myself to read the stories about dementia in ex-professionals," he explained. "The more I read that stuff, the more delighted I am that I did call it a day when I did though. I saved myself another couple of years of punishment.

"If I get a bang to the head now, I really do notice it. My 7-year-old might give me a tap and I do notice it now a lot easier than I should.

"I still play five-a-side but you just have to try and do things sensibly. Ultimately, it is too late now to do anything. I put it to back of my head and get on with things. Maybe my wife worries about it more, but we don't talk about it.

"What can we do about it? What's the point in worrying about it?"

The Super League | Tariq Panja explains everything you need to know