Former Republic of Ireland manager Brian Kerr could not see a lot of positives following Manchester United's 4-1 drubbing in the Manchester derby.

Former Republic of Ireland manager Brian Kerr could not see a lot of positives following Manchester United's 4-1 drubbing in the Manchester derby.

Manchester City romped home to a three-goal victory over their rivals in red, after Kevin de Bruyne and Riyad Mahrez each scored a brace.

The only thing for United fans to cheer about throughout the match, aside from a few good saves from David de Gea, was a counter-attack goal from Jadon Sancho which briefly equalised proceedings.

From there, however, it was all Manchester City. Speaking from the Etihad after the match, Kerr told OTB Sports' Joe Molloy exactly how poor he thought Ralf Rangnick's men played.

"The overall assessment, I'd say Manchester United were outplayed, outfought and outthought," Kerr said. "I think the manager got it wrong in terms of the system and trying to survive with a back four and two protective players in midfield.

"They worked hard today. I've been critical in the past of the lack of work rate from the Manchester United wide players, sometimes it is [Marcus] Rashford, sometimes it is Sancho and Rashford together, as well as [Paul] Pogba. Today, they tried." 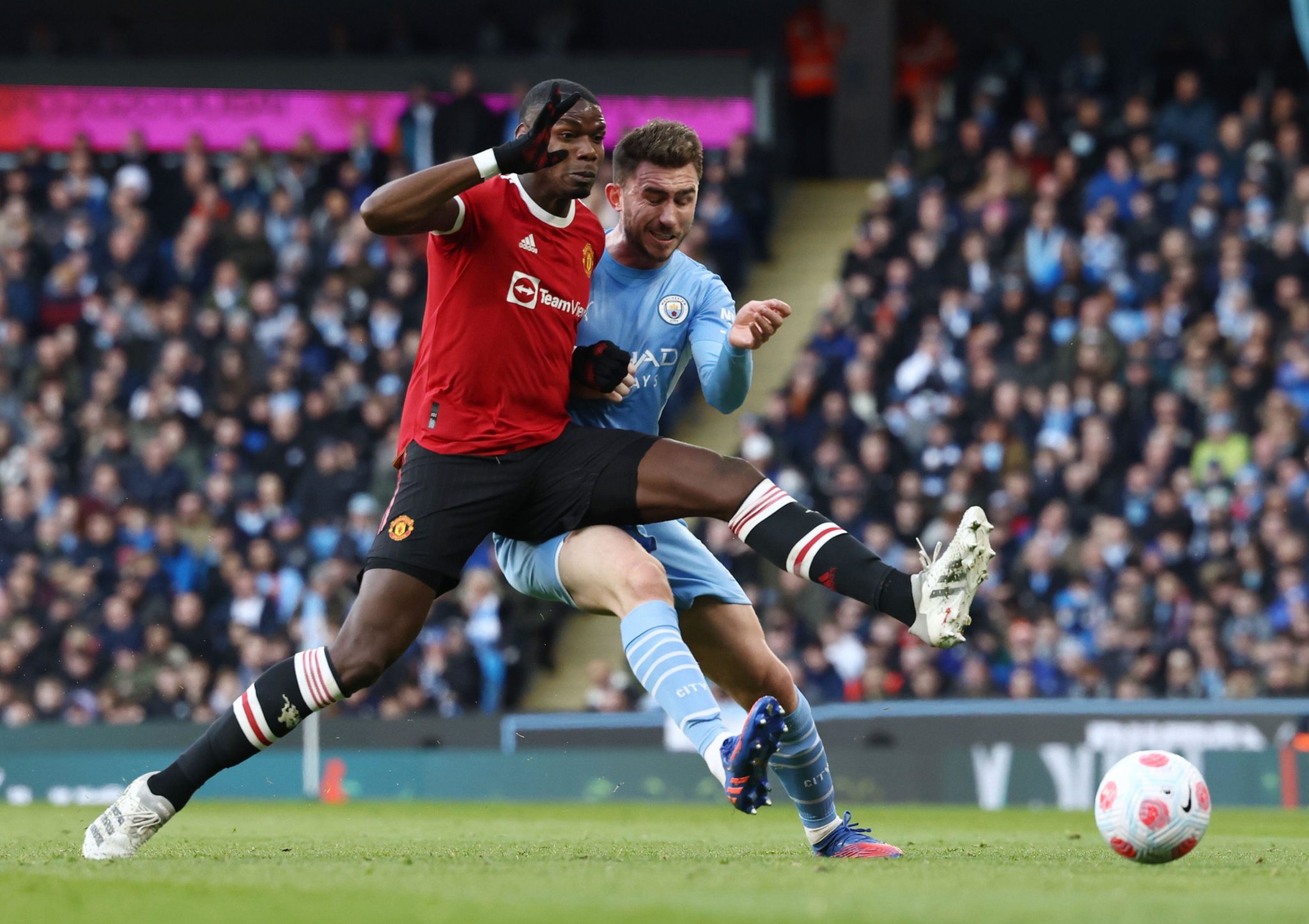 In spite of the fact that he saw some effort from Pogba on Sunday, Kerr still feels that the French midfielder has one foot out of the door at Old Trafford.

"Pogba looks to me like a fella going through the motions, that he knows that he is not going to be with them next season," Kerr said.

"He is just doing a few bits and pieces, but not over-stressing himself. He didn't seem too upset at being taken off after only about an hour in the game." 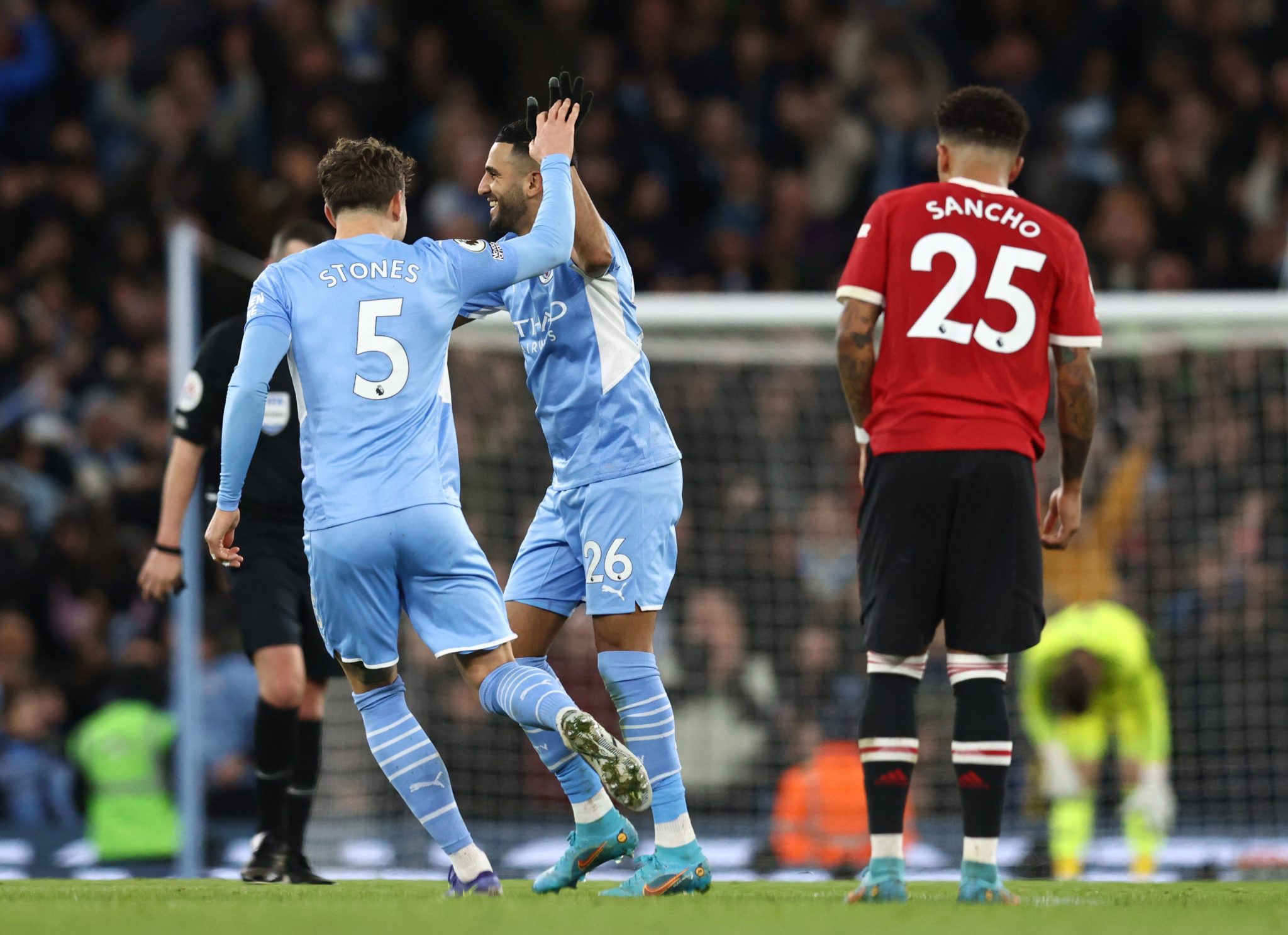 Where is the value in Manchester United?

The United goalkeeper De Gea could arguably have been named his side's player of the match, purely because of the number of saves that he had to make.

However, aside from De Gea, Kerr could not see a single United player that would be worth what they were signed to the club for if they were sold now.

"I think De Gea made a lot of very good saves," Kerr said. "He had to! Ederson didn't have to. Manchester United were a long way short of what is required.

"I look at Manchester United and say, where is the value in what they have? If you put them all up for sale at the end of the season, who would be buying them? How much would they go for?

"What return would they get on their investment of £1.2 billion? There wouldn't be many great takers. Not for the sort of money they paid for them."

Kerr does not believe that there was a single United player that could make Pep Guardiola's XI off the back of that performance.

"There is not one person that you could make a case for," Kerr said. "Bruno Fernandes is back to what I said about him earlier in the season: too much hands in the air, blaming other people, blaming the referee.

"They were short [Raphaël] Varane today. Would he have made a difference? Maybe slightly, but I doubt enough. They were without [Cristiano] Ronaldo. Did that make much difference? I don't think so.

"Ronaldo would have hardly had a kick of the ball today, because they needed players to get around the pitch and he wasn't going to contribute to that.

"Cavani might have made a bit of a difference because he moves around, he gives that bit of a focal point. But, overall you talk about a 37-year-old making a difference with Varane... they are way off of it."

‘Shame on them!’ | Roy Keane rips into Manchester United