After 17 games in charge of Ireland, Stephen Kenny finally got his first competitive victory, beating Azerbaijan 3-0 in Baku as part of their FIFA World Cup Qualifier campaign.

It was Callum Robinson, who himself was under scrutiny from the media in the week leading up to the match due to his stance on vaccinations, that got the visitors into a 2-0 lead at the break with his brace of goals.

Although Azerbaijan controlled possession well throughout the match, Ireland would score again, this time through Chiedozie Ogbene, on the stroke of 90 minutes to secure the victory.

While it was still far from a perfect night for Ireland, as they still controlled far less of the possession than their opponents, Kenny was still pleased with how far his side has come since he took over. 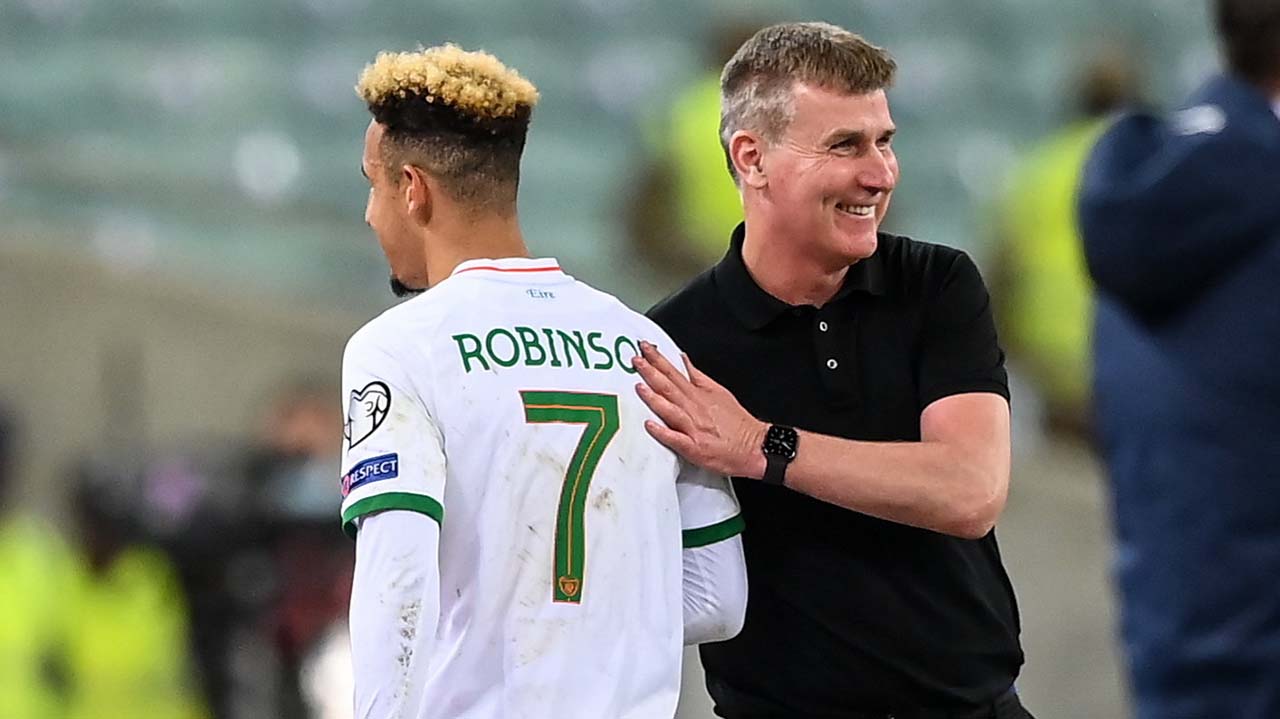 Speaking to the media after the match, Kenny expressed his delight not only in having Callum Robinson back on the pitch, but also seeing him scoring for his country.

"We have missed him when he has not been available," Kenny said. "He is a very versatile and very creative player; quite intelligent with the positions he takes up and the decisions he makes.

"It is ironic that he probably had three or four easier chances in the second half than the two he scored. The two he scored were absolutely outstanding finishes.

"The volley he had in the first half that just went over the bar was a brilliant technical effort. He was terrific for us today, there is no doubt about that."

Kenny believes that the victory on Saturday is proof that Ireland are continuing to improve, and develop a more intelligent and skilful playing style.

"From our point of view, the win was overdue," Kenny said. "To win 3-0 away from home in a qualifier is rare, and Azerbaijan have been dangerous opponents for many teams.

"For us to win 3-0 was terrific, and now that is just one defeat in the last seven games, and that was the late goal against Portugal with Ronaldo.

"So, I feel we are improving all the time."

The biggest issue that Kenny identified was that Ireland failed to control the possession stats, allowing Azerbaijan to create good periods of attack, albeit never really threatening Gavin Bazunu's goal.

"Azerbaijan had some good periods in the first half of possession, but they didn't really create any clear cut chances in that period," Kenny said.

"But Azerbaijan are very good at retaining possession, and they did cause us some problems in the first half. Obviously Robinson's two terrific goals gave us a great platform and the third one that he nearly scored as well.

"So, we had some good chances ourselves and I felt that we were dangerous all the time with our pace, and that is important for us.

"It is an important ingredient, and in the second half we were intelligent in how we played and created a lot of chances; we just couldn't get that third goal.

"Thankfully Chiedozie [Ogbene] scored that third goal which was very important to finish the game." 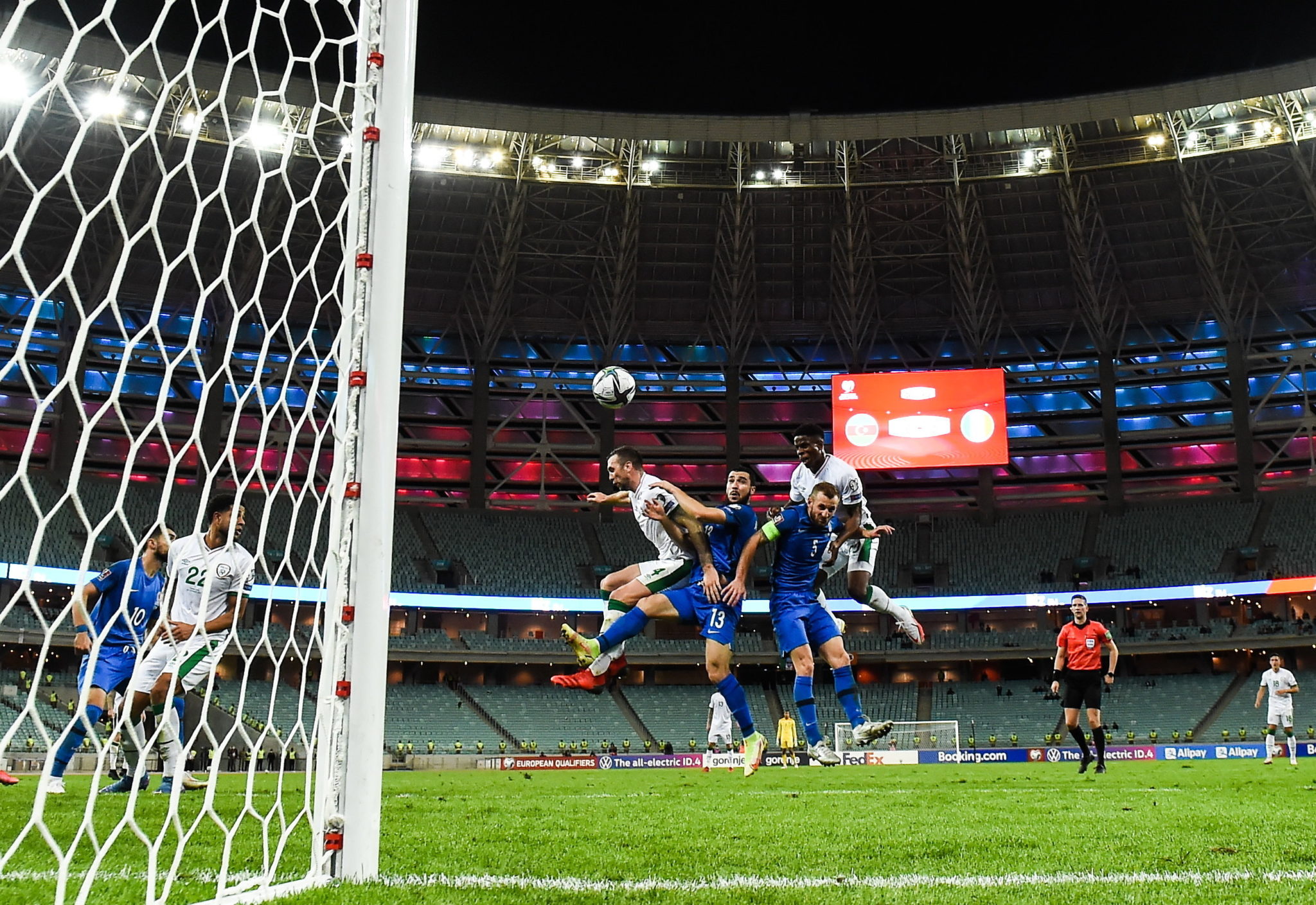 While he admitted that there was still a lot of room for improvement for his side, particularly around controlling possession, Kenny suggested that his side were deserved winners and that he was satisfied with his side's performance.

"If you would have asked us before the game about wining 3-0, we would have been more than satisfied," Kenny said. "We know that Azerbaijan pushed Portugal all the way earlier in the campaign.

"It was an own goal that gave Portugal a 1-0 win, and then against Serbia they scored a late goal here to win 2-1. So, we knew that there would be nothing easy here.

"We'd have to earn the victory, so of course we are satisfied with the victory."

Stephen Kenny: I don't care about the noise - we're getting better