Republic of Ireland manager Stephen Kenny has names his starting XI for their World Cup Qualifier...

Republic of Ireland manager Stephen Kenny has names his starting XI for their World Cup Qualifier against Azerbaijan this evening.

Ireland put up a much-improved performance against Portugal on Wednesday, nearly earning a historic victory after John Egan put the visitors in the lead at half time.

Irish hearts were broken, however, by Cristiano Ronaldo who scored two late goals to take Portugal to a 2-1 victory, earning the international goals record in the process.

Troy Parrott, Jayson Molumby and James McClean all come into the side 🙌

A young, exciting front-line as we return to the @AVIVAStadium 😃

Kenny has made three changes to the starting lineup that took on Portugal on Wednesday, with James McClean coming in for an injured Dara O'Shea.

The changes could mean that Kenny will either stick to the same formation that he had against Portugal, with a back three of Seamus Colman, John Egan and Shane Duffy, with McClean as a left wingback, with Matt Doherty at right wingback. 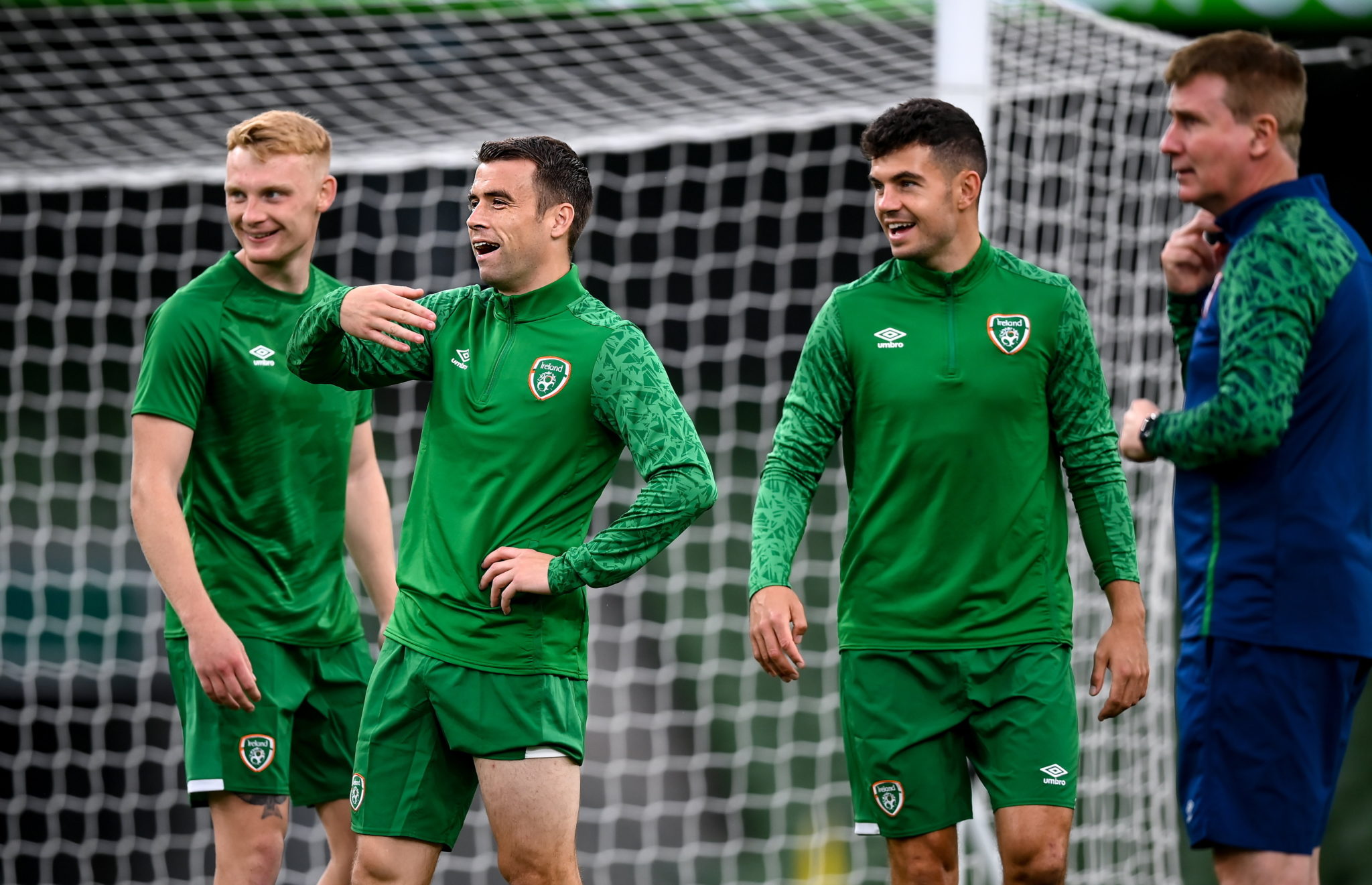 With that formation, Josh Cullen and Molumby would play in central midfield, while Troy Parrott and Aaron Connolly would play off Adam Idah up front.

However, there is scope for a back four that could see Coleman drop back to the right hand side, with Doherty on the left and McClean brought up as an attacking midfielder.