Stephen Kenny has named his Ireland squad to face Wales

Republic of Ireland manager Stephen Kenny has named his squad to face Wales for today's Nation's ...

Stephen Kenny has named his Ireland squad to face Wales

Five players have had to miss out on the match after one of them tested positive for COVID-19 and four others have been deemed close contacts.

Kenny took over from Mick McCarthy earlier this year, and will be looking to get his first victory after two losses and a draw in his first three mathces.

David McGoldrick and James McCarthy has been ruled out through injury, allowing Shane Long to start up front.

Shane Duffy will captain the side which has seen three other changes to the side that lost to Slovakia on Thursday. 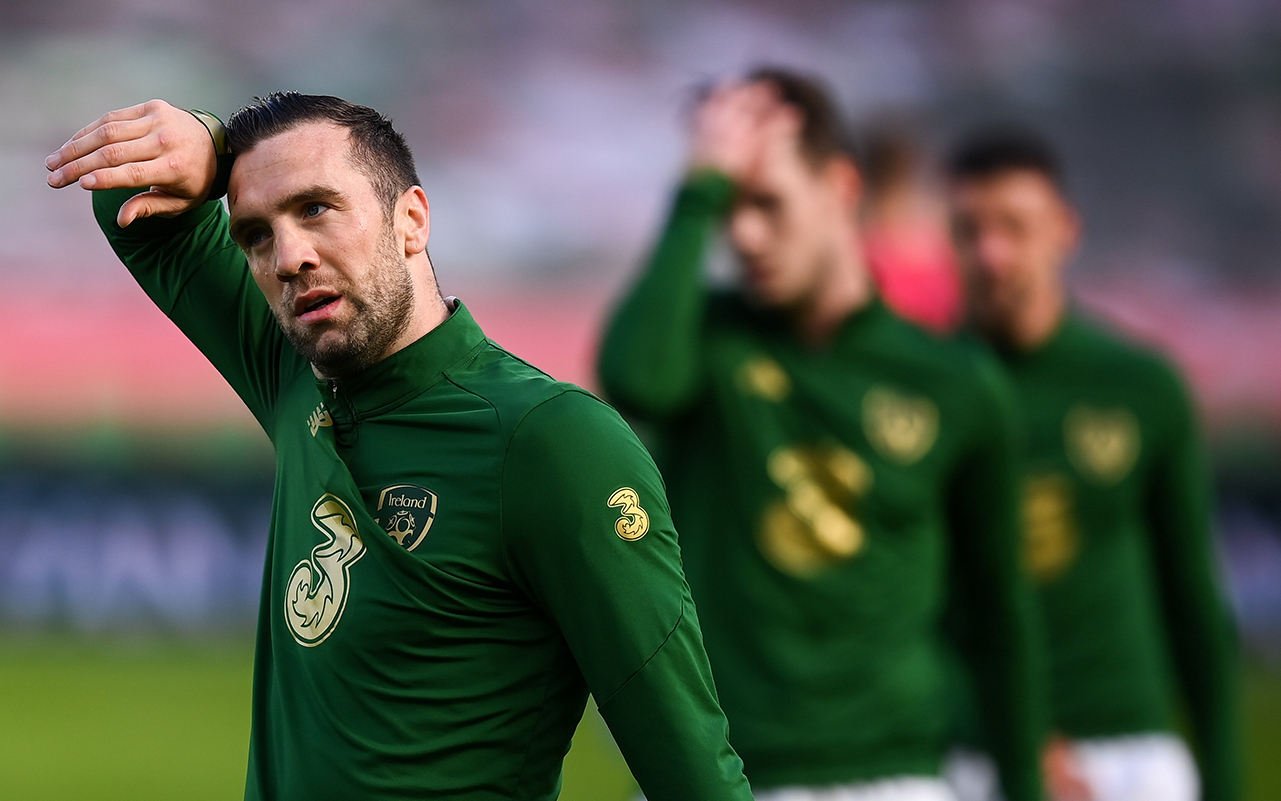 Despite the disruptions to the squad, Kenny has still managed to name a fairly experienced squd for today's game.

Jayson Molumby and Conor Hourihane will make up the midfield, supporting Jeff Hendrick, Robbie Brady and James McClean up front.

Southampton's Shane Long completes the squad and will lead the attack up front. 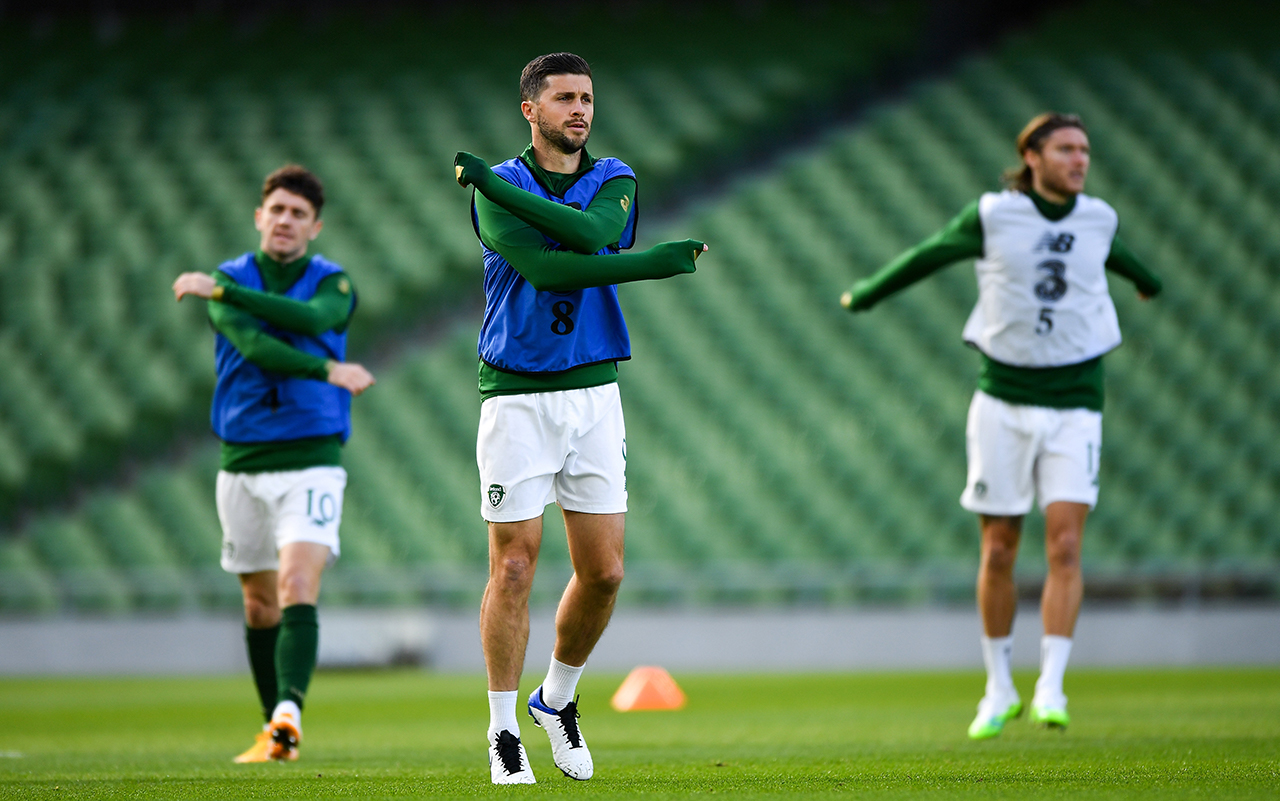 Shane Long of Republic of Ireland, centre, warms-up alongside team-mates Robbie Brady, left, and Jeff Hendrick prior to the UEFA Nations League B match between Republic of Ireland and Wales at the Aviva Stadium in Dublin. Photo by Seb Daly/Sportsfile

The big news story coming into the game is that a member of the playing squad had tested positive for COVID-19, with Callum Robinson, Callum O'Dowda, John Egan and Alan Browne all being deemed to be close contacts of the unnamed player and are thus unavailable for today's game.

Multiple changes to the team which faced Slovakia on Thursday