Stephen Kenny would be unlucky to not get a single game in front of a crowd as Republic of Ireland manager, according to Dan McDonnell.

Kenny has taken charge of 10 matches as the manager of the national side, all of which have been played behind closed doors.

One of the biggest criticisms of Kenny’s Ireland is that they have lacked the ability to score goals, which has translated into no victories under the new manager.

Speaking on Monday’s Off The Ball, The Independent’s football correspondent Dan McDonnell believed that it is important to consider a lack of crowds when criticising Kenny.

“I really think that is something that is part of the debate,” McDonnell said. “We are missing a lot of the usual sights and sounds of these things.

“It feels like the entire Kenny era has taken place on the internet.”

However, McDonnell was quick to point out that the lack of crowds do not excuse Ireland’s lack of wins.

“It is so surreal,” McDonnell said. “This isn’t a mitigation, and this isn’t a defence of anyone.

“I heard Kevin Kilbane make the very good point that if someone wants to go too far down the road of ‘we are missing the fans’, the counter point is that there are a lot of young players there who don’t have the pressure of the stadium, so in theory it should be easier to express themselves.

“You can take that argument wherever you want to take it.”

With many fans calling for Kenny to be removed, McDonnell acknowledged that this was not the experience that Kenny must have been expecting when he took the position.

“I do think there is something weird and strange about the fact that… he would have managed Ireland without ever having a managed the team in front of a crowd in the Aviva Stadium,” McDonnell said.

“It is sort of unbelievable. You have a vision of what the job would be and what it would entail, the noise and the attention and probably that opening night. It has all played itself out virtually.” 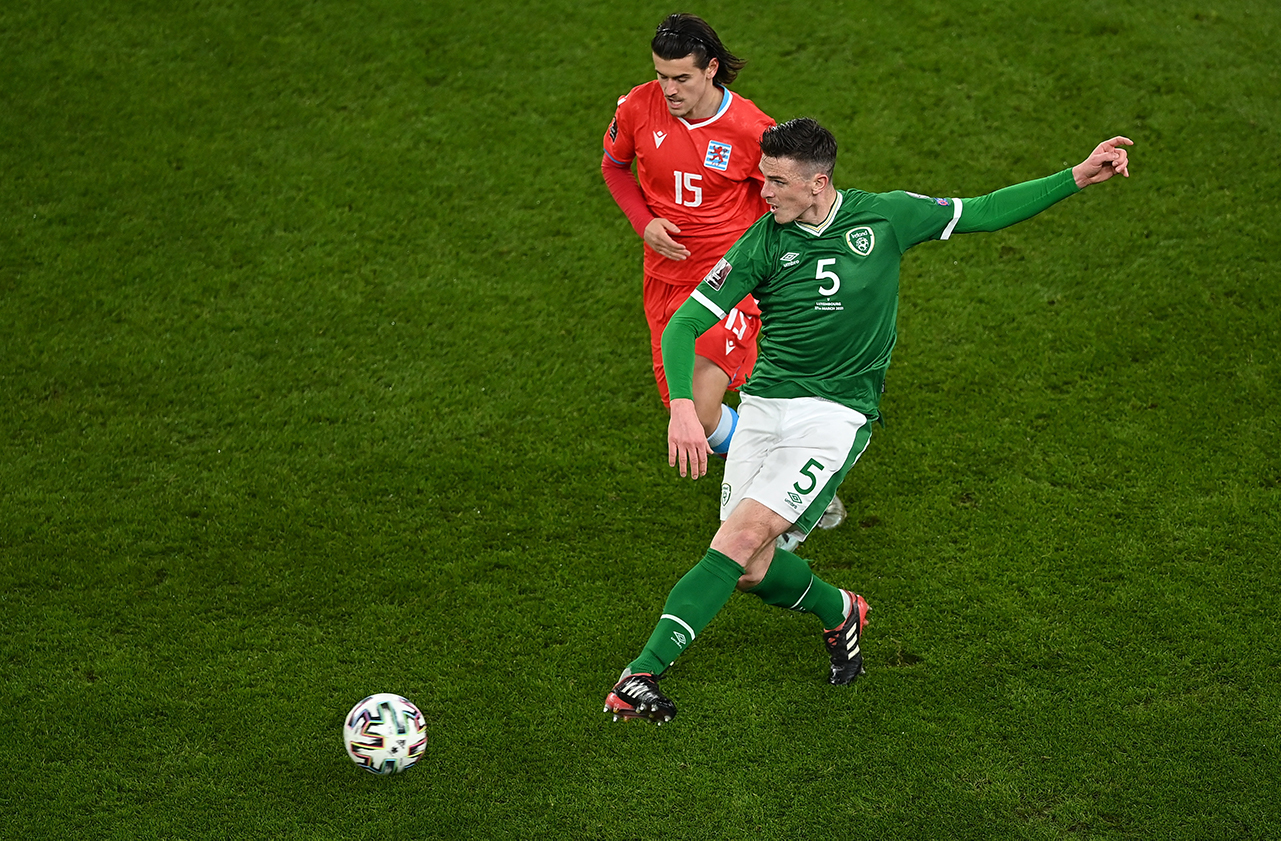 Sense of foreboding was palpable in the stadium

Although spectators, by this stage, are used to watching matches being played behind closed doors, McDonnell looked at some of the stark contrasts between the atmosphere on TV versus in the stadium.

“I was sat there in the stadium on Saturday, and I have watched the game back afterwards,” McDonnell said.

“There is something a bit different about it on TV. I was there at one point with 10-15 minutes to go and the game was just drifting away.

“And you hear the shouts from players, it is like walking past an Astro-park, and you are thinking ‘this is a game that is about to trigger a massive [backlash]’.

“You don’t realise the storm that this result is about to unleash. And yet there is no real heightened sense inside the stadium about it at all, bar people raising their voices a little bit.

“It a sort of virtual reality experience.”

McDonnell suggested that Kenny deserves a true test of the supporters’ reaction to their on-field performance, as well as to see how the crowds could impact o how the players perform.

“You would like at least to see what it would be like with a crowd there and some of those usual barometers that we use,” McDonnell said.

“They were almost like sleepwalking into it, and to be honest that was evident from the early stages on Saturday as well.

“There was no tempo or anything really, and you were just thinking ‘oh no!’; there was a sense of foreboding there really early in the stadium.”