What more can Stephen Kenny do as Ireland manager?

Good managers do three things. Stephen Kenny has proven he can do all three and the Republic of Ireland are very fortunate to have him as their manager.

What more can Stephen Kenny do as Ireland manager?

Stephen Kenny's Ireland drew 0-0 at home with Portugal on Thursday night. Cristiano Ronaldo was quiet as Ireland proved to be the better team.

Liam Brady protested that he wants to wait and see on Stephen Kenny on RTE's coverage of Ireland vs. Portugal.

On its own, that is perfectly fine.

When you're not sure of something, it's best to take your time and accumulate more evidence. There's no reason to rush into a choice now. But that lends itself to a question, what are we waiting to see?

What more can Stephen Kenny do?

Ireland don't have another marquee game coming up. We aren't going to go to Paris and beat France 5-0 to satiate the desires of those who demand results. Instead, we've played very well against Portugal on two separate occasions. That's our standard for facing the best teams.

Kenny suffered some embarrassing results and performances against inferior teams early in his reign. The home defeat to Luxembourg was particularly poor, but it shouldn't be forgotten that Luxembourg team held a lead against Portugal for a long time days later.

It shouldn't be forgotten that Ireland swept past Azerbaijan and Qatar after struggling previously. That's growth. That's development. And that's what Stephen Kenny was brought in to do.

The FAI didn't build the succession plan to Stephen Kenny because they expected instant results. Kenny wasn't taking over Brazil in the 2000s and steadying a rocking ship. He was brought in to build the boat on the beach before it even left the dock. That's why he was the under-21 manager. That's why he is so heavily involved in the broader setup of the team and not just setting tactics.

Kenny blooded young players that didn't feature at all under prior managers.

Gavin Bazunu would still be in the under-21 team without Kenny. Josh Cullen probably wouldn't be in the squad. Jamie McGrath would stay in Scotland. And what of Chidoze Ogbene, the star of tonight. Does he get a chance for any of the managers who were in charge prior to Kenny?

You can forget about Andrew Omobamidele without Kenny. Maybe you'd see Dara O'Shea, but not as a full-time starter.

We all know that Kenny has played younger players. But he's done so much more than that. 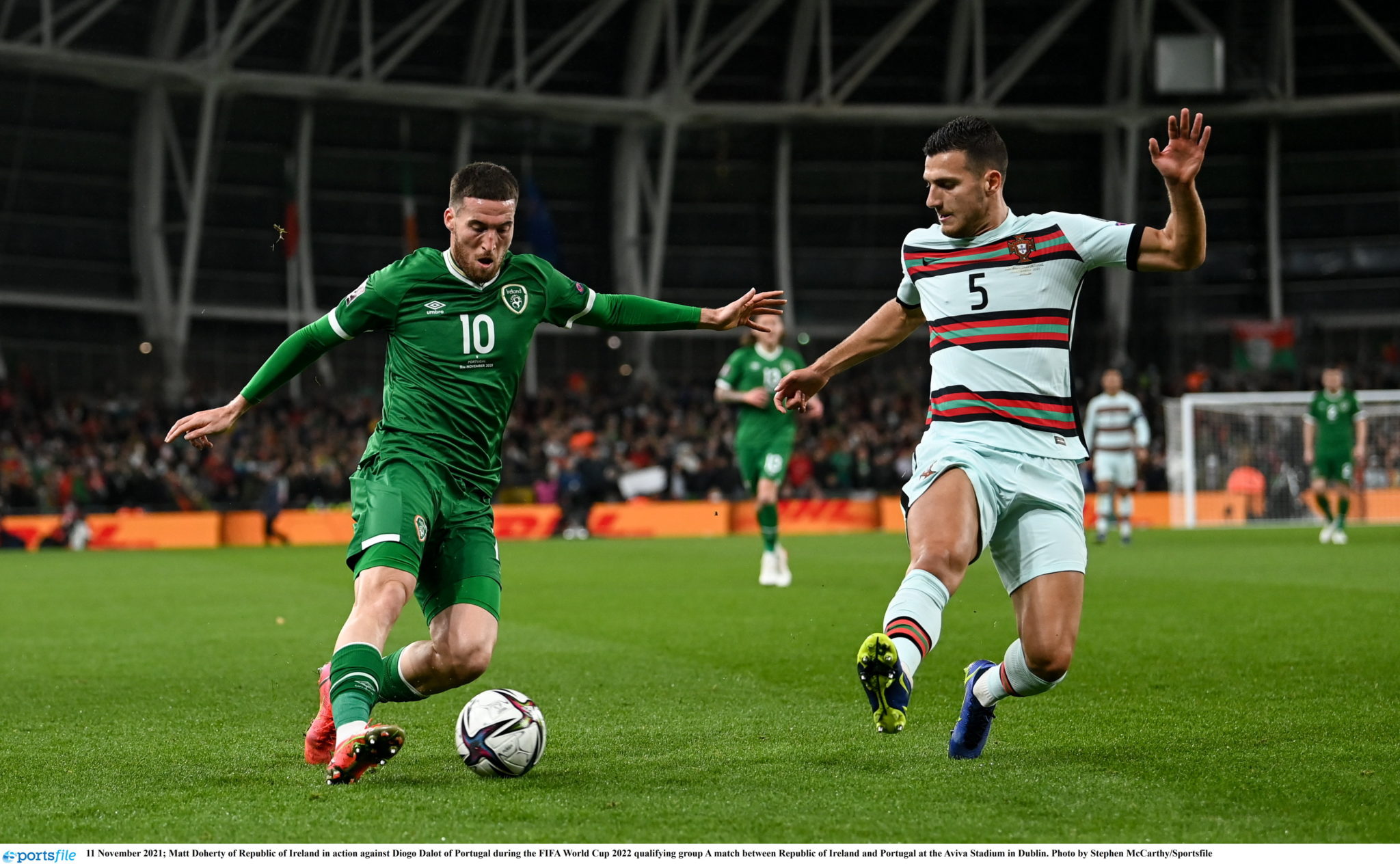 Johnny Ward joined Off The Ball prior to Stephen Kenny's first game in charge of Ireland. He said Kenny was very unlikely to play five at the back. Kenny's philosophy is to play four at the back. He wanted to put three players in midfield and have three attackers leading the line.

James McCarthy started his first game with Conor Hourihane and Jeff Hendrick. It didn't work. Kenny tried different combinations for a couple of games, before eventually switching to 5-2-3.

While Ward was right about Kenny's preference, it wasn't a belief born out of stubbornness. Club managers can build teams in their identity. Jurgen Klopp installed his system in Liverpool and then developed or signed players to fit that system. It works because he has time with the players every week and access to transfers.

International managers have to be adaptable to what's available. Giovanni Trappatoni limited Ireland by only ever playing 4-4-2 and without the ball. Mick McCarthy tried to incorporate Matt Doherty and Seamus Coleman once then gave up seemingly because he didn't want to change.

Kenny wanted to play 4-3-3 but he changed when he realized what was best for his team.

Ireland have thrived since then. Matt Doherty in particular has been a star. Doherty never perfectly fit as a right back, but he excels both as a left wing-back and right wing-back. He was one of the best players on the field in both Portugal games. Had Kenny stuck with 4-3-3, he likely wouldn't have been on the field for either Portugal game.

The way he was often not on the field under prior managers. 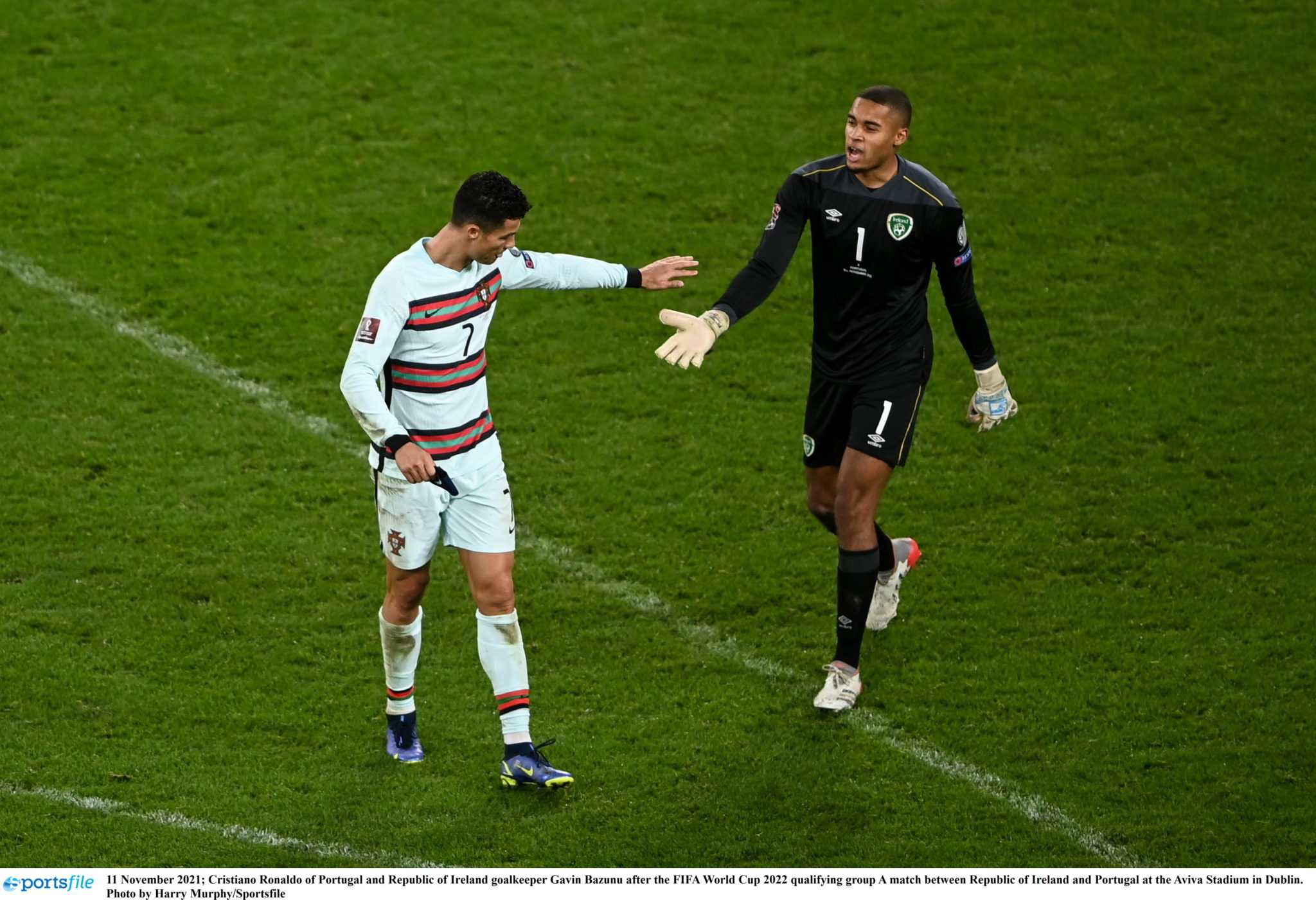 Ireland fans have been frustrated for much of the last decade.

Save for 2016, Ireland have been inconsistent against inferior or similar calibre opponents. Most of the fan frustration emanated from those games rather than the games against the big teams. We've always been able to front up for 90 minutes and play structured defence for 90 minutes. Ireland got so used to not having the ball it became our preference.

Those lowlights didn't begin with Kenny. Gibraltar was a struggle in 2019. Georgia were too. Ireland lost 4-1 to Wales in 2018 and 1-0 at home to Iceland in 2017. That infamous 5-1 demolition against Denmark was in 2017 too. Ireland were suffering heavy losses against comparable teams and scraping past inferior teams with fully established internationals.

Stephen Kenny's Ireland teams have suffered some similar results. But they've done so while making a transition to a new playing style and incorporating talented new players.

Most of Kenny's bad results and performances came early in his tenure. Since then, the group has developed together and they've shown an ability to adapt to their opponent. Against Portugal away, Ireland worked counterattacks intelligently while being pragmatic in defence.  They did the same in the home tie.

But against Qatar at home and Azerbaijan away, Ireland retained possession, pressed to varying degrees and created opportunities to score. Kenny's teams understand when they can dictate the flow of the game and when they have to be more reactive.

Furthermore, they're capable of dominating possession in home games now. Past Ireland teams had midfielders who rarely touched the ball as it was zipped over their heads for most of the game.

Jeff Hendrick's recent form is a testament to Kenny. Josh Cullen and Jamie McGrath's inclusion is a testament to his emphasis on being smarter and braver on the ball. John Egan and Shane Duffy are no longer encouraged to clear every ball as soon as it comes near them and Ireland are benefiting from it.

Darren Randolph, for as impressive a career he had with Ireland, rarely played short passes. Gavin Bazunu picks out teammates all over the field. He adapts to the opposition. When they press up, he clips the ball into midfield or pumps it deep. When they sit back, he plays it short.

Situationally, this Ireland team is outstanding. The identity is malleable and the approach is diverse. 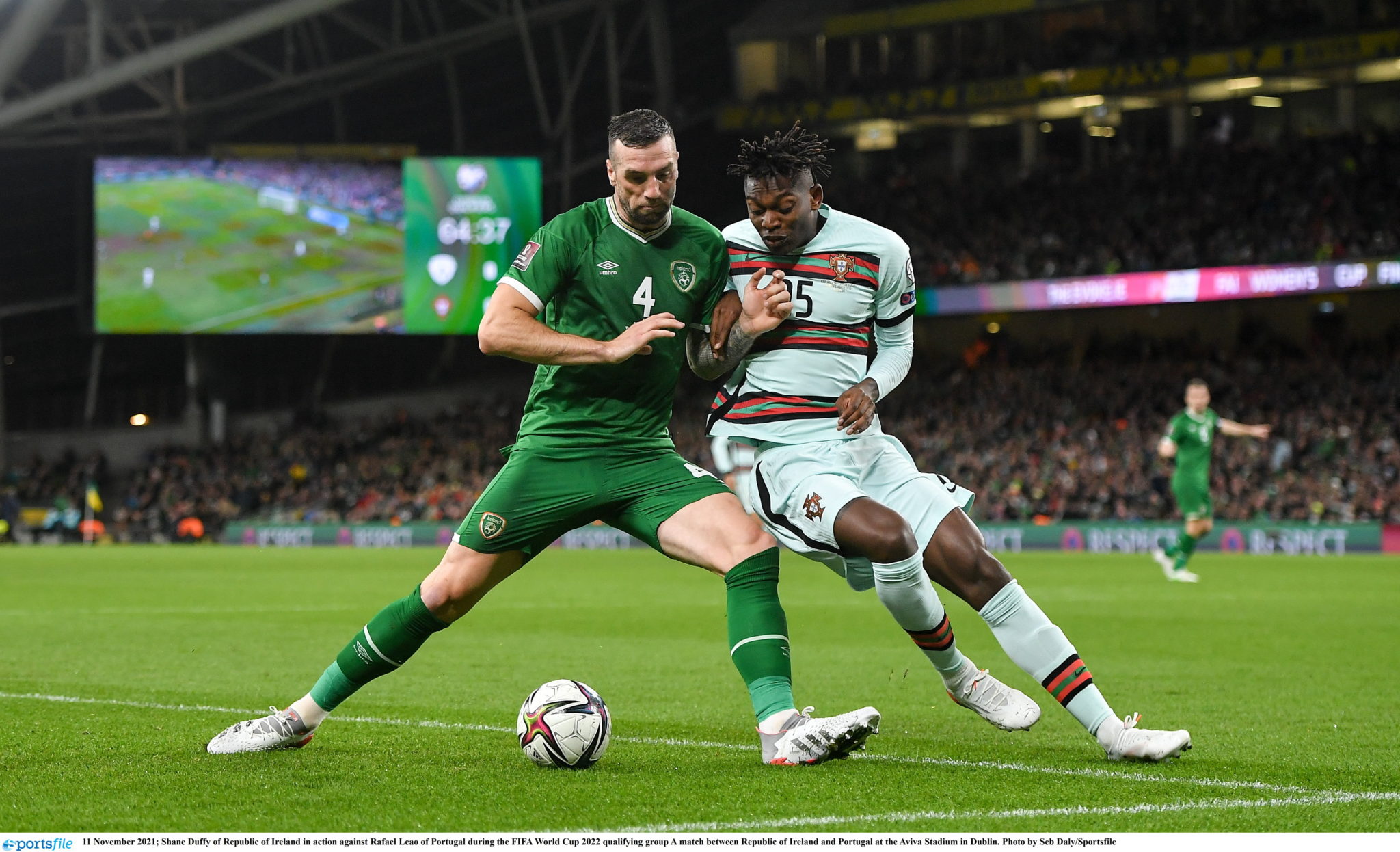 For as much as we focus on formations and tactics, the reality is a good manager does three things.

Shane Duffy is the most obvious example. There were questions if Duffy could even play for Kenny when he first took over. The first game suggested he couldn't.

Duffy was so uncomfortable on the ball. He misplaced multiple passes in the first 20 minutes and looked lost. But it didn't last. Despite not getting his game for Celtic in the Scottish league, Duffy has continually improved for Ireland. His quality in defence never wavered and he now passes the ball as well as anyone else on the field. His cameo of skill against Ronaldo was not a once-off, it was a sign of his confidence.

Kenny instilled that confidence in him. Duffy rebounded and now starts every game for Brighton in the Premier League. Jeff Hendrick is in a similar position. He had the best game of his Ireland career against Qatar. James McClean moved to wing-back before Kenny arrived but McClean has had his best games for Ireland in years under Kenny.

Similar to Duffy in Scotland last year, Matt Doherty hasn't had a look in for Tottenham this year. He's still producing the best football of his career for Ireland in every game.

Chiedozie Ogbene is a 24-year-old League One footballer. He scored one goal in 51 games for Rotherham, so he's not exactly tearing up the league. Yet, if you watched Ogbene on Thursday night, you saw someone who belongs at the highest level.

The results have improved. Ireland's best performances have come after Kenny has had extended time with the team on the training pitch. Every player in the squad who speaks publicly does so in glowing terms of the manager. The support from the crowd has been overwhelming when they've been in the stadium.

Kenny is a proud and passionate Irish man who empowers his players through ambition and belief in their abilities.

If you're still waiting, what is it you're waiting for?

The only logical conclusion is you're waiting for a heavy defeat or a terrible display. That will give Kenny's doubters something to cling to. But that would be intellectually dishonest because it would be choosing the minority of the evidence over the majority.

Kenny has only failed to win over those who he will never win over. Maybe they will if he makes Jason McAteer's dreams come true.

Stephen Kenny and his coaching staff are brilliant | John Egan