The former Republic of Ireland captain Kenny Cunningham has called for an even greater reduction in the salary offered to the national team manager and his support staff by the Football Association of Ireland.

In contrast to the 'exorbitant and obscene' wages that have been paid to recent Republic of Ireland managers and their staff, Cunningham, speaking on Friday's OTB AM, called on the FAI to enact a more rigid policy whereby any prospective manager would be aware of the relatively reduced salary on offer before taking on the role.

"In terms of the amount of money we've paid to managers and their support staff prior to Mick [McCarthy] taking over," outlined Cunningham, "for me [it] has been absolutely obscene.

"We need to pay a good wage to our manager and their support staff absolutely, but it has to be manageable. For me, that is nowhere near the exorbitant sums of money that we've been paying out the last couple of years.

"There should be a [fixed] amount of money there in the pot for potential Irish managers in the future. Whatever it is, €750,000 or half-a-million, to the senior Ireland manager and his support staff, everybody included."

Kenny Cunningham's comments came in light of a claim by The Star that McCarthy and his staff could be asked to forego their prospective bonuses should the Republic of Ireland qualify for the 2020 European Championships.

This request would presumably come in light of the FAI's recently published accounts and the debt of over €50 million that the association is attempting to service.

In conjunction with the money that could be saved and presumably spent elsewhere within Irish football, Kenny Cunningham expects that his proposed policy would ensure that the possibility of managing the Republic of Ireland constituted reason enough for applicants to make their interest known in future.

"No matter who it is that comes in [then] to talk about the job," he suggested, "that is the agreed sum of money that is paid.

"If any prospective manager isn't happy with it and feels he wants more, he shouldn't even walk through the door." 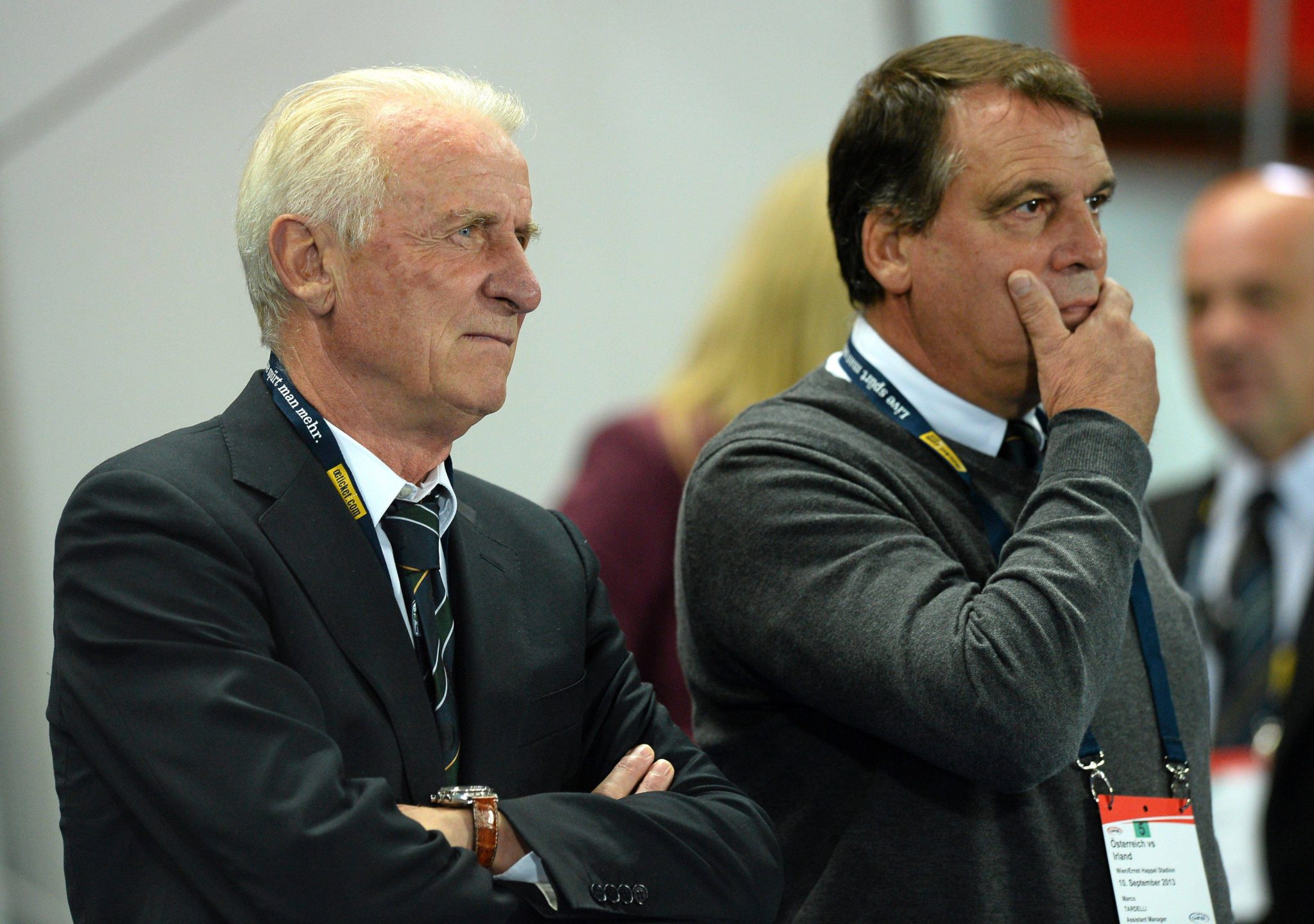 Kenny Cunningham's call for change comes after a period in which the role of Ireland's national team boss became one of the most handsomely renumerated roles in football management.

At the time of his exit from the role in 2018, Martin O'Neill's reported annual salary of €2 million had him on par with what England's Gareth Southgate was earning, behind only Joachim Low, Didier Deschamps and Fernando Santos in terms of Europe's highest-earning international managers.

An even greater demonstration of the FAI's generosity came by way of the €600,000 O'Neill's assistant Roy Keane was reportedly earning; a figure that would have put him on par with what the Netherlands' Ronald Koeman, and comfortably ahead of the €400,000 being taken home by Keane's former Manchester United teammate and current Wales manager, Ryan Giggs.

"[For] a country the size of ours to be paying managers wages that compare to the top five managers in the world is absolutely ridiculous," asserted Cunningham. "There is absolutely no need for it.

"I think there has been a drop-off in terms of Mick [McCarthy] coming in [and] going forward, might that have to be reduced again? That may well be the case [and] I wouldn't have a problem with that."

Indeed, upon being confirmed in the role as the Republic of Ireland manager in November 2018, it was reported that Mick McCarthy had agreed on a two-year deal with an annual salary of €1.2 million.