"Former Republic of Ireland international Keith Andrews joined Friday's OTB AM to share his experience of living throughout the Covid-19 scare, the difficulties that are emerging for him in isolation and how this may shape us going forward.

In a period of alarming uncertainty, Keith Andrews doesn't hesitate to admit that he is finding these current circumstances difficult to deal with.

"We are OK where we are," he explained of his family's well-being on Friday's OTB AM, "but this has deeply, deeply impacted me, and I can't say that I'm just sat at home trying to find a bit of order.

"It has really, really upset me what's going on because you're kind of left helpless, not knowing what to do."

Prior to the outbreak of Covid-19 and the measures that were put in place to combat its spread, Andrews had been working alongside Stephen Kenny with the Republic of Ireland U21s.

A role that required him regular travel back and forth between his Ireland home and England to watch players in action with their clubs, he and his wife have been in isolation within their home for over a fortnight now.

"I've been deeply saddened," remarked Andrews of his change in mood and outlook. "I'd like to be able to say that I've found some structure as to what to do with my day, but I've found that very difficult.

"I've tried to focus on a little bit of work and I have Pro License assignments that are due in the next couple of weeks, but even trying to concentrate and stay away from the news and what's happening is very difficult.

"[But] even when the postman drops off a parcel or letter now, I'm scared to death of that. I'm leaving it outside for a day, so, these are difficult times." 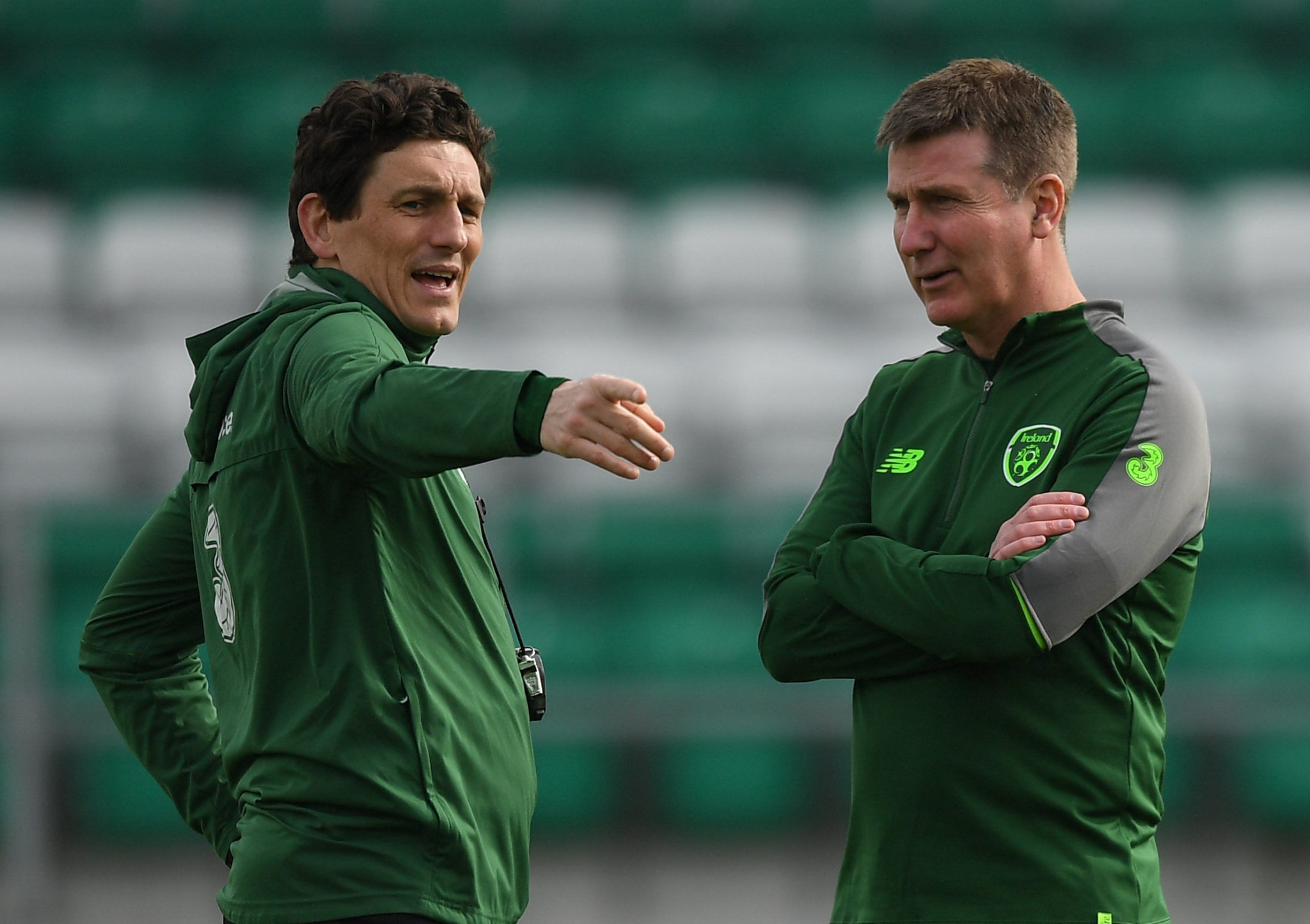 Stephen Kenny, right, with assistant manager Keith Andrews during a Republic of Ireland U21 training session. Photo by Eóin Noonan/Sportsfile

Finding small bits and pieces to fill his days, the anxiety Keith Andrews is feeling stretches beyond his personal circumstances.

"We've got family in England and it is very worrying because I don't know when we'll see them again," he admitted. "I've a very good friend then living in Italy, near Florence. Really, it was his experience that probably fast-tracked us into being a little bit more serious about it than most.

"Just hearing what he was going through and what was happening locally - not directly in his town but a little bit further north - hit home a little bit."

In truth, this realistion that it took the testimony of a friend in trouble to really bring home what was going on has awakened further consideration in Andrews' outlook.

"We're all guilty of it," he said of the temptation to overlook serious events when they are occurring far from home. "We all had the Trócaire boxes at home growing up and we all saw the adverts on television.

"But when these things happen in the Middle East, the Far East, in Africa, we just don't take them as seriously as when it is happening on our own doorstep. It has taken this, it getting into Europe, for us to take it seriously.

"My wife said something to me yesterday and she hit the nail on the head though. It's like the first time everyone's been on the same side. That goes across the world in trying to fight this thing.

"I do think this will change us as a nation, as a society going forward." 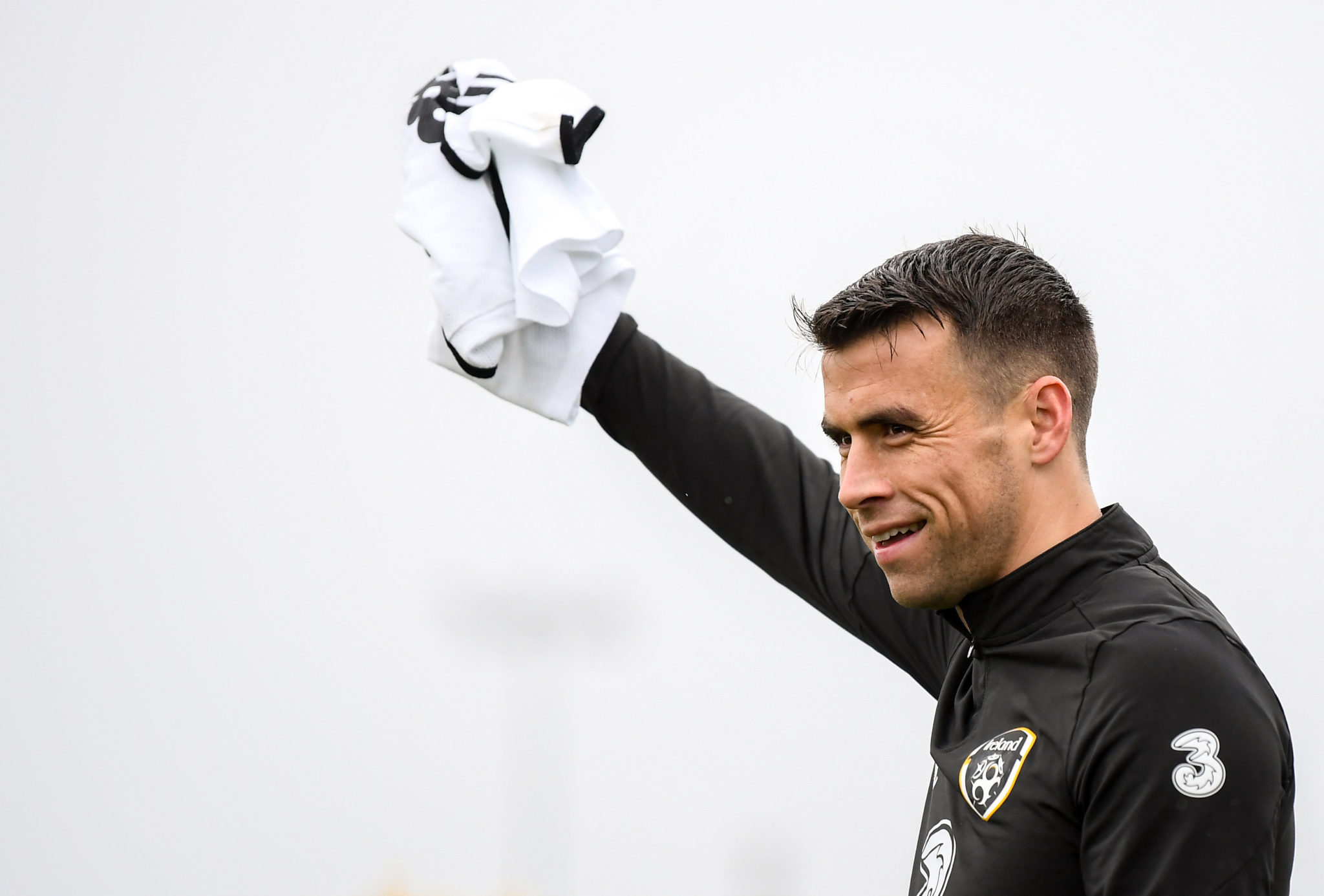 Seamus Coleman during a Republic of Ireland training session. Photo by Stephen McCarthy/Sportsfile

Despite this feeling of near-hopelessness, however, Keith Andrews has managed to enact some good amid all the negativity.

Earlier in the week, Andrews encouraged the Republic of Ireland captain Seamus Coleman to make a video appeal for the 'Feed the Heroes' GoFundMe campaign; a fund seeking to provide food for Ireland's frontline healthcare workers.

"It was nice to do a bit of good this week and Seamus has produced a bit of magic with his video," he stated, "and hopefully it hit home with a lot of young people particularly."

You can contribute to that fund here.