Former Manchester United midfielder Roy Keane believes that the Red Devils would be happier with their 0-0 draw with Liverpool than the Reds will be.

Ole Gunnar Solkjær's side held Liverpool to a goalless draw, despite having the two best scoring opportunities in the 90 minutes of Sunday evening.

The draw means that United will maintain their spot at the top of the league table, with Manchester City breathing down their necks, and Liverpool still within touching distance themselves.

Speaking on Sky Sports after the match, the Cork native expressed his admiration for the manner in which United held out Jürgen Klopp's men for the first half an hour.

"We knew Liverpool would be quick out of the blocks, as we said they haven't played for nine, 10 or 11 days," Keane said.

"They were always going to be on the back foot, United, for the first half. Yeah, they were sloppy in some of their play, but as the game went on it became stretched.

"Obviously, with United making one or two substitutions, you knew they would get some opportunities; it was just a case of whether they could take them."

United had the two best scoring opportunities of the match, with Paul Pogba's chance in particular being the most likely to break the tie.

The defending champions, who were on top of the table for much of the season thus far, were clearly not at the same level that they were a year ago, according to Keane, which made it all the more frustrating for him to see those missed chances.

"You can't say that Liverpool are playing badly, but they have lost their spark, definitely," Keane said.

"When you get those opportunities like Pogba did there, I am so disappointed, because again we have been giving Pogba a big build up, we've been quick to criticise him, but that was a moment for him; he wants to be the main man, he's got to take that chance." 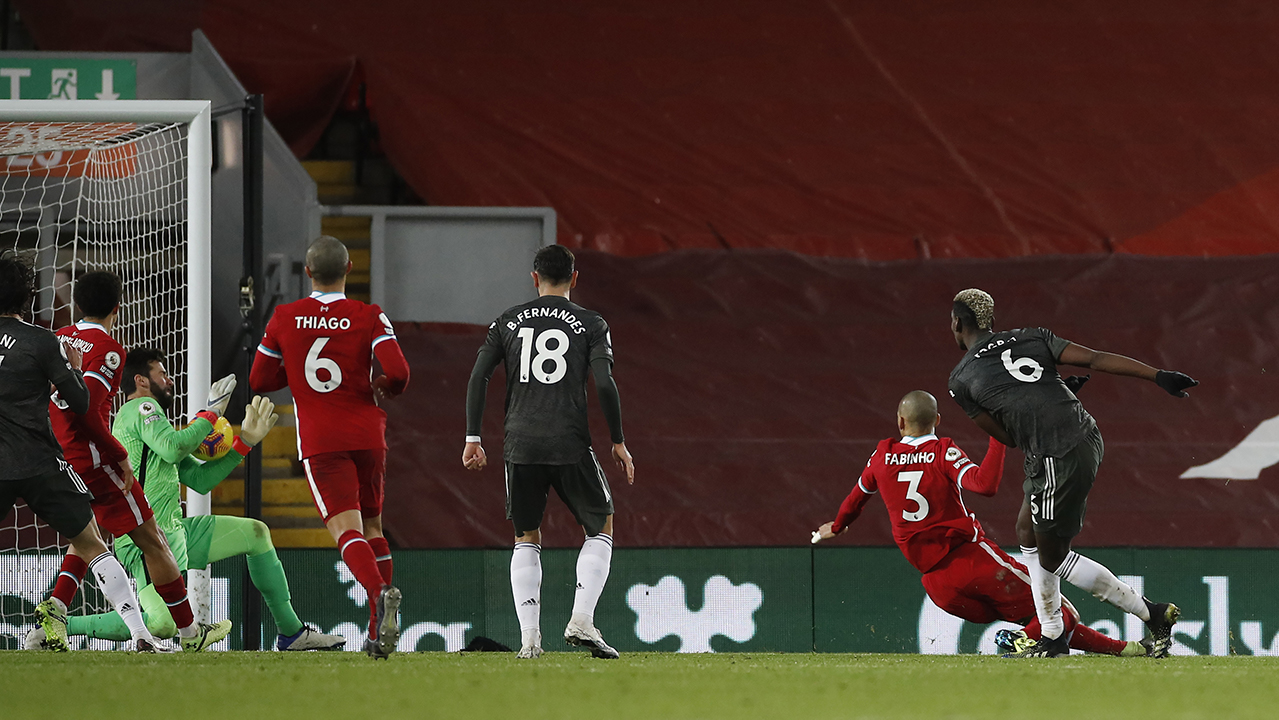 Keane pleased by United's back four

While a draw is seldom something that any side looks for, Keane suggested that United would be the happier of the two sides, particularly with their defensive efforts.

Luke Shaw's performance in the back in particular impressed the former Republic of Ireland assistant manager.

"I wouldn't be too critical of United," Keane said. "I thought United showed a good mentality. I thought the back four, which always worries me, were brilliant, they really were.

"I know that they gave up few chances in the first half an hour, but I thought Shaw was brilliant defensively and going forward."

The biggest criticism that Keane gave to his former team was aimed at the performances of Marcus Rashford and Bruno Fernandes, both of whom he said had poor games.

"Rashford never turned up, Fernandes didn't play that well either, but they still created the two best chances I thought in the game," Keane said.

Solskjaer says United back to themselves after thrashing Sociedad

David Meyler | Give Solskjaer credit he deserves for Pogba turnaround