Roy Keane hasn't played for Ireland for 16 years. Ireland's greatest ever central midfielder left a gaping hole that has never really been filled.

The curse of the Bambino began in 1920. The Boston Red Sox traded Babe Ruth to the New York Yankees and wouldn't win another World Series championship until 2004. Trading Ruth to the Yankees was betraying the best player on the team, the best player in baseball.

Roy Keane retired from Ireland in a quiet manner, although the end is always framed in the context of Saipan.

Maybe the best player ever to play for Ireland, it's been somewhat of a drought for central midfielders since then. Jeff Hendrick has accumulated 64 caps since 2013, he'll soon surpass Keane. Glenn Whelan had 90 caps before retiring, he was still starting for Ireland when playing in the Scottish second division.

Only James McCarthy has 40+ caps for Ireland since Keane retired outside of those two.

Apart from Hendrick and Whelan, Ireland have had a constant revolving door of starting central midfielders. There have been exciting cameos from the likes of Steven Reid, Liam Miller and Lee Carsley, but too many forgettable starts from the likes of Conor Hourihane, Darron Gibson and Harry Arter.

Excluding the likes of Andy Reid, Robbie Brady and Wes Hoolahan since they played further upfield, it's hard to find a more technically gifted starter since Keane than Josh Cullen.

Or the same reasons in some cases.

So the question becomes, who is Ireland's best midfielder since Roy Keane retired?

Keane played his last game for Ireland on September 7th, 2005. Here are the best candidates to compete for that title.

Few players were more popular than Andy Reid. The midfield maestro was Wes Hoolahan before anyone knew who Wes Hoolahan was. Which is funny because Hoolahan is actually older than Reid. A cultured left foot, an eye for a goal, and the ability to receive the ball in any area, Reid was a joy to watch.

A fitter Reid could have played 100 times for Ireland.

Probably the most talented central midfielder to play for Ireland after Roy Keane. Miller exploded onto the scene with Celtic before his move to Manchester United. It didn't really work out for him under Alex Ferguson, save for a few memorable moments. That stunted his growth into the Ireland team, meaning he only won 21 caps by the end of his career.

On his day, Miller was unplayable, he just didn't have enough of those days in a green jersey.

Who can forget that Carsley and Thomas Gravesen era at Everton? Two bald midfielders marauding around the field, disrupting everything and creating chances to strike on the counter. Carsley generally played well for Ireland but he played his final game in 2008.

The career of James McCarthy will always go down as disappointing. Injuries played a part, especially over recent years, but he never realized the potential that was there during his youth. McCarthy is just 30 years of age right now and he's not a factor internationally since Kenny's initial squad.

Whether at right back or in central midfield, Steven Reid was always one of Ireland's more technically impressive starters. He didn't play enough to really be considered but his peak performances for club and country were as good as anyone's who followed him.

Reid's career was marred by knee injuries but he's now found his place in coaching.

How valuable is longevity? Glenn Whelan's career for Ireland is a great case study. Whelan mostly played for Martin O'Neill and Giovanni Trapattoni. Those teams were not particularly good at retaining possession or controlling games in the middle of the field. Whelan was obviously trustworthy in defence but there weren't too many penetrating passes forward in his career. 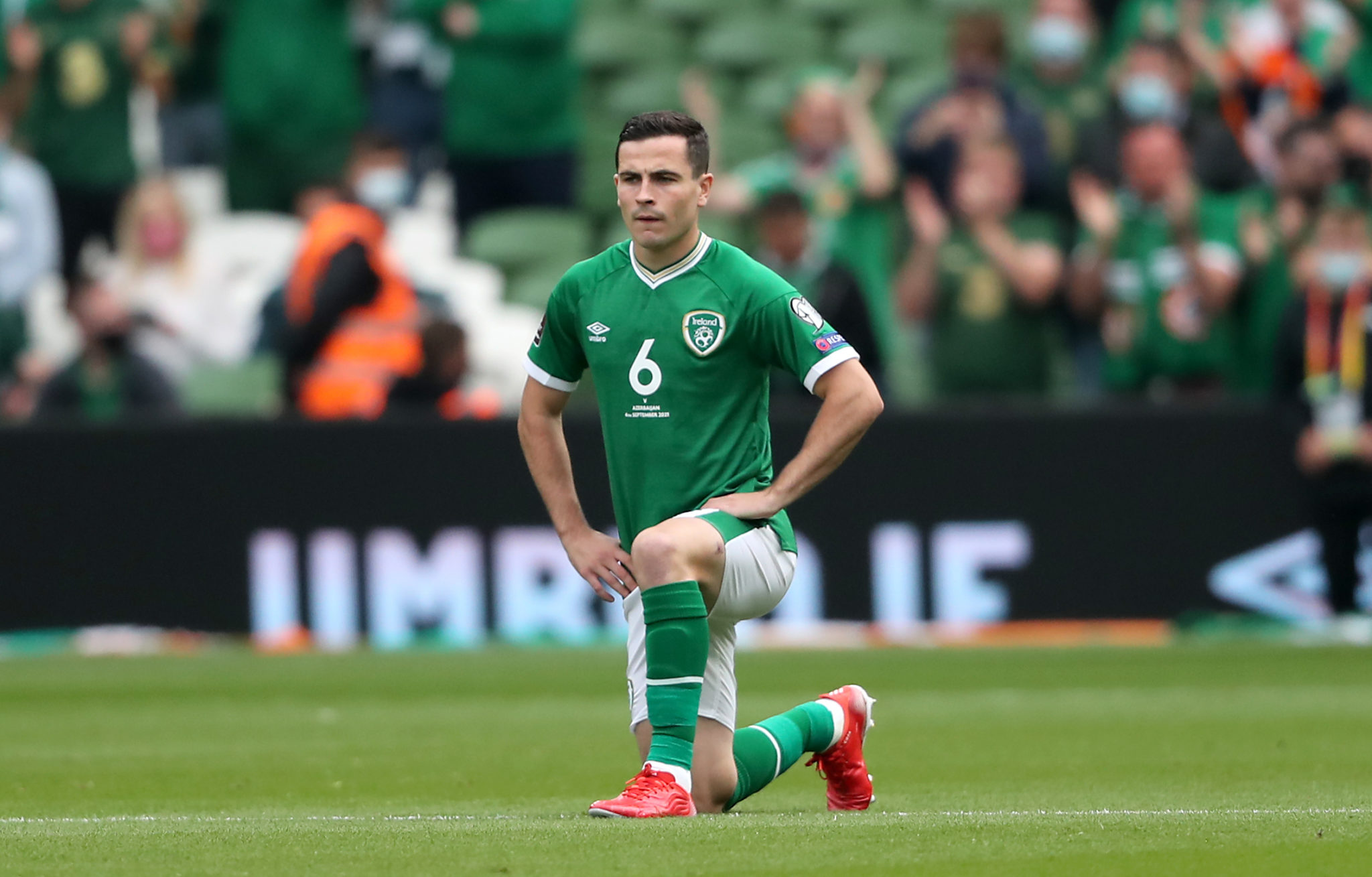 Josh Cullen has barely played for Ireland, yet he has more caps than Rory Delap, Stephen McPhail and Stephen Quinn. The likes of Graham Kavanagh, Harry Arter and Keith Fahey only have a handful more caps than him.

In a short time, Cullen has shown he's capable of picking apart defences and retaining possession in tight spaces. His performance against Portugal was outstanding. If he can replicate that level for a couple of years, he's suddenly got a strong case.

Jeff Hendrick played his best football for Ireland when he didn't play in central midfield. He and Robbie Brady excelled for a time when they played together in the final third. But since then he's become a worker who has limited ambition with the ball and who is too often anonymous in games.

As a strick central midfielder, Hendrick's case is weak.

Although Hourihane is renowned for his ability to pass the ball and quality at set-pieces, he too often played games for Ireland where he didn't show it off. Hourihane is a technically good passer but he doesn't see passes well. He could probably knock down a target from 40 yards away on the training pitch every time. Recognizing the opportunity for a key pass in the middle of a game is another thing altogether.

Now a key part of the Ireland coaching staff, Andrews spent his Ireland career as a mainstay for Giovanni Trapattoni alongside Glenn Whelan. Neither Whelan nor Andrews looked to control games as ball-playing midfielders. Andrews did a lot of the running, he would have been the box-to-box midfielder if Trapattoni ever allowed him to cross the halfway line.

Andrews was a willing runner and tackler who fit the system his manager wanted him to play. His limitations with the ball didn't prevent him from playing ahead of more technically astute squad members.