Pat Fenlon is an instantly recognisable name for League of Ireland fans. As a manager, he led Shelbourne to multiple league titles and on one of the best European runs the league has ever seen.

In 2004, having won the league the previous year, Fenlon took Shelbourne on a journey to Iceland, where they defeated KR Reykjavik. To Croatia, where they beat Hajduk Split and finally to Spain where they lost out to Deportivo De La Coruña, who had been semi-finalists in the competition the year before.

In the midfield for Shels on that journey was a young Wes Hoolahan, who, in a jersey fit for a man three times his size, was an up and coming talent.

“We had a bit of a conundrum with Wes at the time, he was a left-sided wing player but he wasn’t quick. So we used to play him on the right so he could come in on his left foot.”, Fenlon told Team 33.

“Once he got onto his left foot he could cause all sorts of problems for you when he came in narrow. Sometimes we played him on the left and the odd time behind the striker.”

At the age of 22, Hoolahan had only a few years of senior football under his belt, but the European stage didn’t faze him, according to Fenlon.

“The one thing Wes had was that bit of quality on the ball. When you go into European games and you have the likes of Wes, Alan [Moore], Joseph [N’Do], they want the ball and that’s the key when you’re playing the bigger sides, possession of the ball. You have to be able to retain the ball because if you don’t they’ll hurt you.”

“Even in the game in Spain, he was brilliant. Even though we were trailing he was still looking to get on the ball.”

“He just had real quality. Wes was just a natural footballer. The coaching for Wes was just to give him ideas about where to be on the pitch. The rest of it, you didn’t need to teach him because he had it” 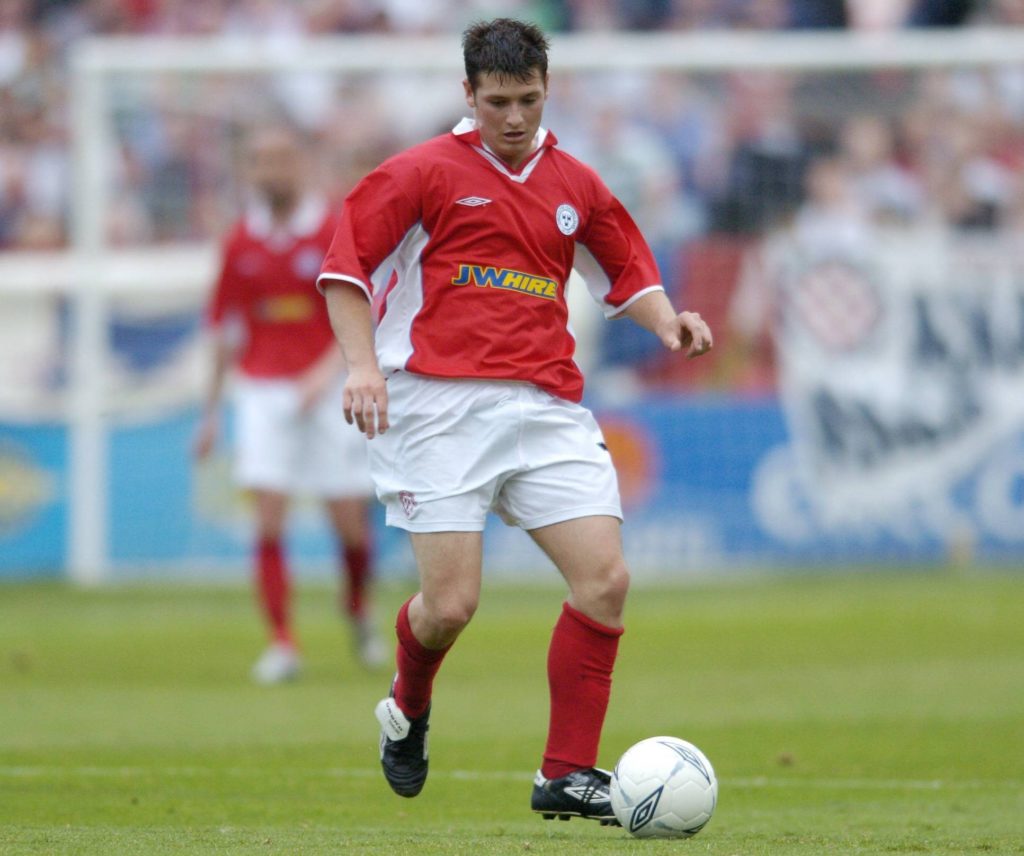 “Natural ability, he was just in a different class.”

There are many reasons why Irish managers didn’t select Hoolahan for their team. Perhaps one of those reasons is that he was a risk-taker and maybe even fell into the category of a ‘luxury player’. Was that an issue for Fenlon?

“No. You have to be able to build a team around players' abilities. Wes was such a talented player. Go back to the possession of the ball, on big European nights, that’s what is important.”

“The likes of Wes, Mooresy, Joseph, they’re three really talented players and it’s what’s around them that lets them express that talent.”

Fenlon started his playing career at Chelsea but when the move across didn’t work out, he signed for St Patrick’s Athletic, who at the time were managed by a young Brian Kerr, who was changing the dynamic of a financially small club.

“He was way ahead of his time. We wouldn’t have had many resources at the club at the time but what we did have, he made the most of and he moulded some really talented players.”, Fenlon said of Kerr.

“He was just a fabulous manager. He was well ahead of his time in terms of how we trained, how he did things, how he prepared us for big games.”

“His wealth of knowledge, even for a young manager, was fantastic. Obviously he’s proved that again in what he has done since then.”

WATCH: LOI VS EUROPE - SHELBOURNE 2004 - WHEN DEPORTIVO CAME TO TOWN

Football League Of Ireland Off The Ball Pat Fenlon Shelbourne