'If we're building a team, at some point there has to be results' | Walters

'If we're building a team, at some point there has to be results' | Walters

Ireland picked up what was just their second point of the World Cup qualifying campaign at the Aviva against Serbia on Tuesday, thanks to a late Milenkovic own goal.

Stephen Kenny's side had goalkeeper Gavin Bazunu to thank for keeping them in the game at times, however Ireland's performance was much improved from Saturday's draw against Azerbaijan with the home crowd in full voice throughout the evening, spurring the team on.

The Irish manager outlined earlier in the week that his plan was to ultimately build a team with an eye on the 2024 European Championships and subsequent World Cup, however speaking to Off The Ball, Walters explained that he believes Ireland haven't shown enough to suggest that the plan is to go out and dominate other sides. 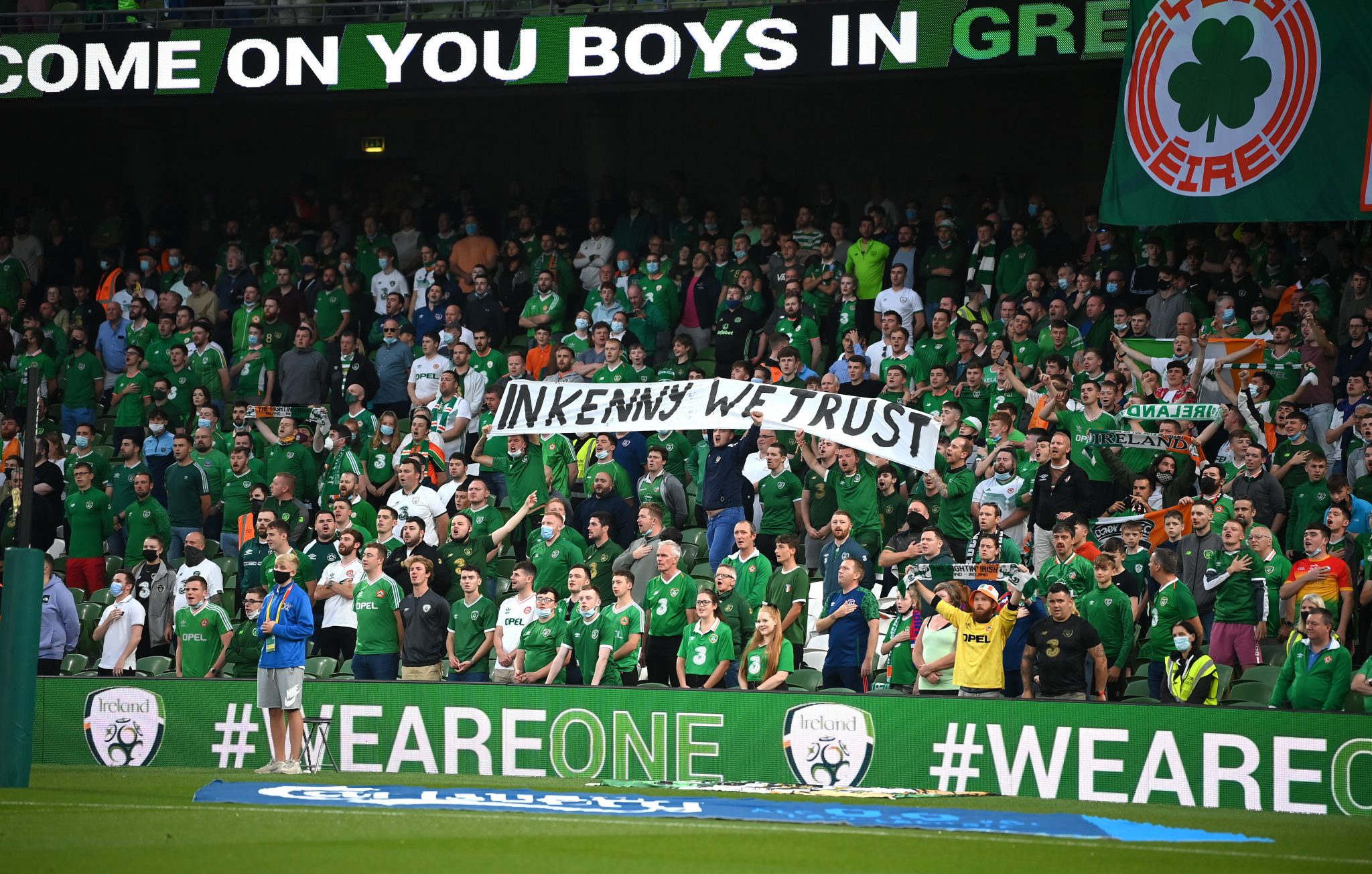 "We should've taken the game away from them at 2-0, but we still got beaten at the end of the day. It still wasn't a result. I'm still hearing, 'we're nearly there we were so unlucky,' at some point that has to turn into results."

Walters continued, outlining that he isn't buying into the idea that Kenny's side have been unlucky throughout the manager's tenure, and pinpointed campaigns from 2016 and 2018 as potential blueprints for competing in challenging groups.

"When you're playing Azerbaijan and you're playing Luxembourg, those are games you've got to go and win. There's no, 'we've been unlucky, we've been this and that, we're missing players,' Every country has been going through the same problems in the past 18 months. Everyone has had to deal with the same situation.

"At some point there has to be results. It's obviously the first we heard about it last week that we aren't eyeing for this campaign, we're eyeing for the next campaign.

"We came third on 18 points I think we lost to Poland in the last game of the group to not come second, then if you go to 2018, we finished second behind Serbia, we finished ahead of Wales and Austria, so you can get results and results need to come, especially in qualifying campaigns."