Ireland will face Greece, Czech Republic, and Belgium at the European Under-17 Championships. Ire...

Ireland will face Greece, Czech Republic, and Belgium at the European Under-17 Championships.

Ireland hosts the tournament which runs from May 3rd to 19th and it also serves as a qualification route for the FIFA Under-17 World Cup.

Longford's City Calling Stadium, the Waterford RSC and the Carlisle Grounds host the other games.

He spoke to OTB's Stephen Doyle afterwards and he believes Under-17 boss Colin O'Brien will be quietly satisfied with the group draw.

"I had a quick chat with Colin. He was happy and I think he was just happy that the draw was done," he said.

"Obviously, they've qualified automatically and they've been playing friendly games. Now, the test is soon upon them at the beginning of May.

"They'll be well prepared and I'm sure they'll have fantastic backing behind them as well."

Stephen also spoke to O'Brien and you can watch both interviews above via YouTube. 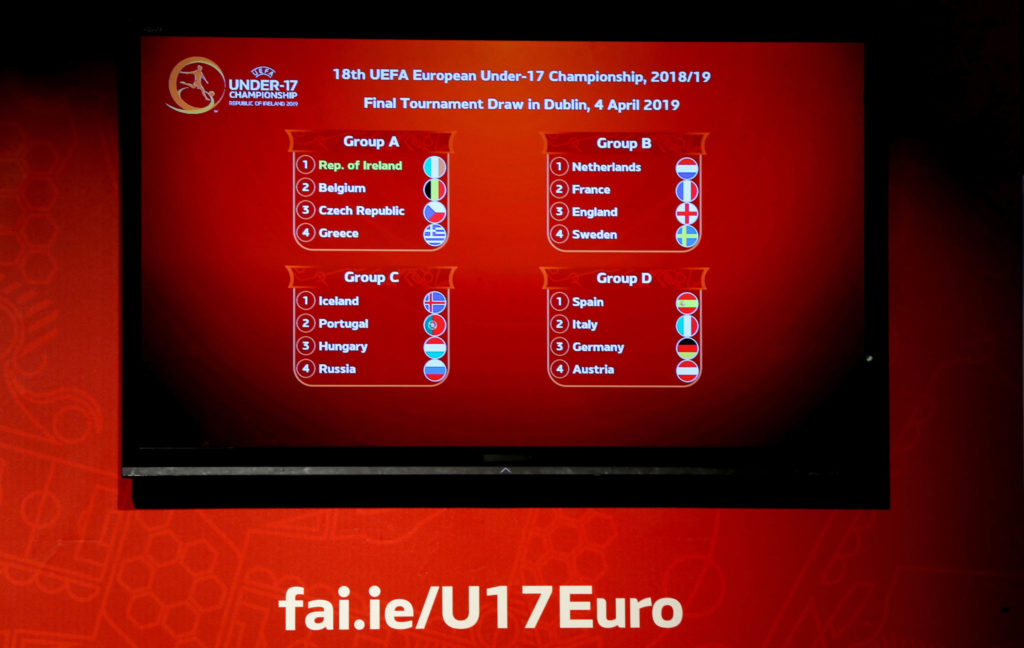