The former Republic of Ireland and Leeds United legend highlighted the poor performances of late from Solskjaer's men.

Manchester United lost 5-0 at home to bitter rivals Liverpool on Sunday in the Premier League and sit seventh in the table with one win in the last five league games.

Speaking on OTB Sports, Giles addressed the poor performances of the side.

"Ole Gunnar Solskjaer has been there for three years," said Giles.

"And after three years, you shouldn't be having as many bad performances as they are having, particularly the Liverpool loss.

"It took all of these managers like Klopp and Guardiola time to put their stamp on their teams. I don't know what Solskjaer's style is supposed to be."

Giles reflected on the beginning of Solskjaer's reign at Old Trafford, where the Norwegian stated they would return to the Alex Ferguson way of playing.

"There is no Fergie way. It's the way Fergie did it. You would learn from him, and then you do what you think you should do.

"You can't copy. It doesn't work that way. You have to do it yourself.

"There's no one way. When he (Ferguson) got it right, he got it right. If he made mistakes in his first few years, he knew it was his fault.

"You take things from Fergie, but you cant copy. Of course, you learn from what he did right and wrong, but you have to put your own stamp on it.

"I don't see Solskjaer's stamp on this group of players." 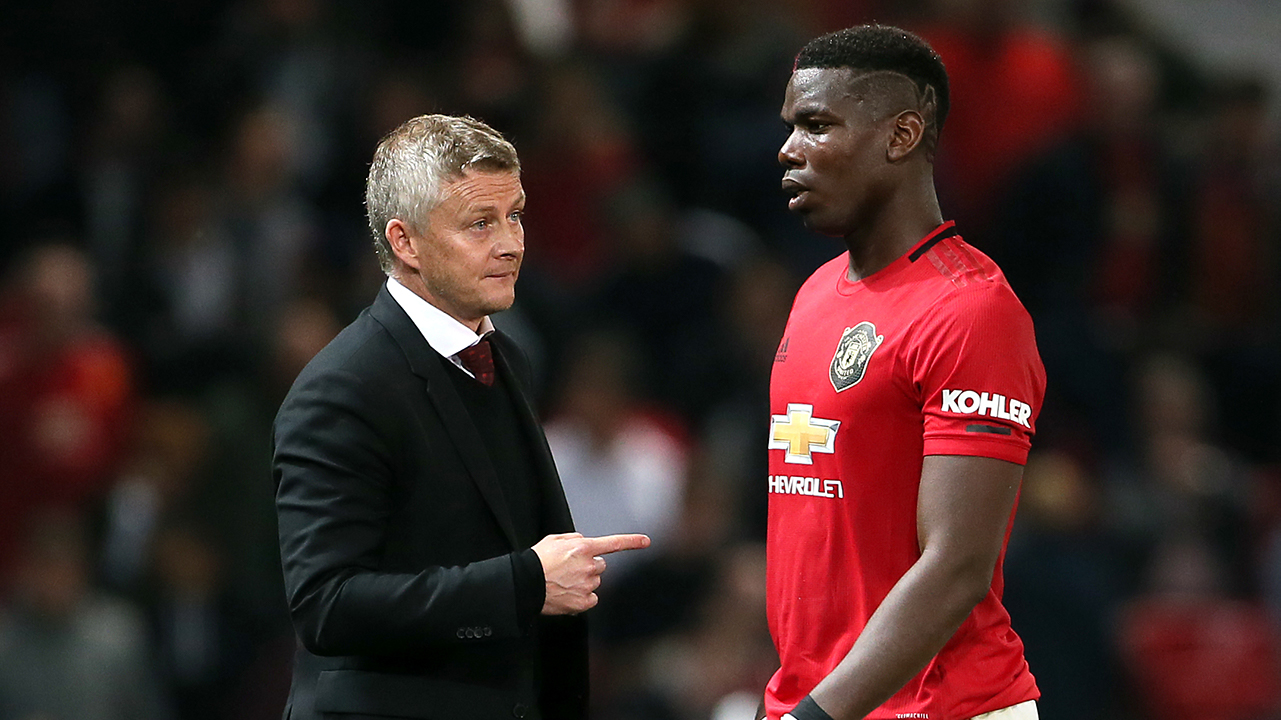 Amid reports that Solskjaer is likely to face the sack if results don't improve, Giles had his say on the possible replacements.

However, Giles pointed out that potential candidates may not want to replace the Norwegian as his tenure shows he did not have full control over the team.

"I don't think he (Solskjaer) is in charge of the comings and goings, and that's 90% of the job.

"I think the board wanted Solskjaer, and they would want someone like him as a replacement because he doesn't make a fuss.

"Conte is a winner, and he would want to be in charge of the players coming in and out."

After receiving a red card against Liverpool, midfielder Paul Pogba has made headlines with rumours of a bust-up with Solskjaer. Giles believes the Frenchman's antics would not have stood with Sir Alex Ferguson.

"He hasn't signed a new contract. As a manager in Ferguson's case, he would say he doesn't want this guy. I don't think Ole has that power.

"If he signs for a new club in January, he might not kick a ball because he doesn't want to get injured.

"Would Ferguson put up with that? No way!"

"I have to say, something is really wrong" | Gary Neville on the Manchester United board

"Actually, I was a bit nervous" | John Giles on his TV punditry return