John Giles breaks down the 'casual' brilliance of Liam Brady

As he went about naming his all-time Arsenal XI on Thursday's Off The Ball, John Giles assessed ...

John Giles breaks down the 'casual' brilliance of Liam Brady

As he went about naming his all-time Arsenal XI on Thursday's Off The Ball, John Giles assessed the 'casual' brilliance of the former Republic of Ireland midfielder, Liam Brady.

Paired alongside Cesc Fabregas and Patrick Vieira in John Giles' midfield-three, the Arsenal and Ireland legend Liam Brady came in for special praise from his former teammate and manager.

"We had to get something beautiful in there," remarked Giles of his all-time XI. "Liam I would always regard as a beautiful player.

"Easy on the eye, you'd get it on his left foot and he could dribble past people and get the ball in. I think Liam was a wonderful player."

Across a seven-year spell with Arsenal, Liam Brady was instrumental as the North London club defeated Manchester United in the 1979 FA Cup final. Named the PFA Players' Player of the Year for his performances in the '78/'79 season, the Dublin native left English football to join Juventus in 1980.

The winner of two Serie A titles during his time in Turin, Brady would represent Sampdoria, Inter Milan and Ascoli before returning to England to see out his playing career with West Ham United.

In 1974, Liam Brady was handed his international debut for the Republic of Ireland by player-manager, John Giles. 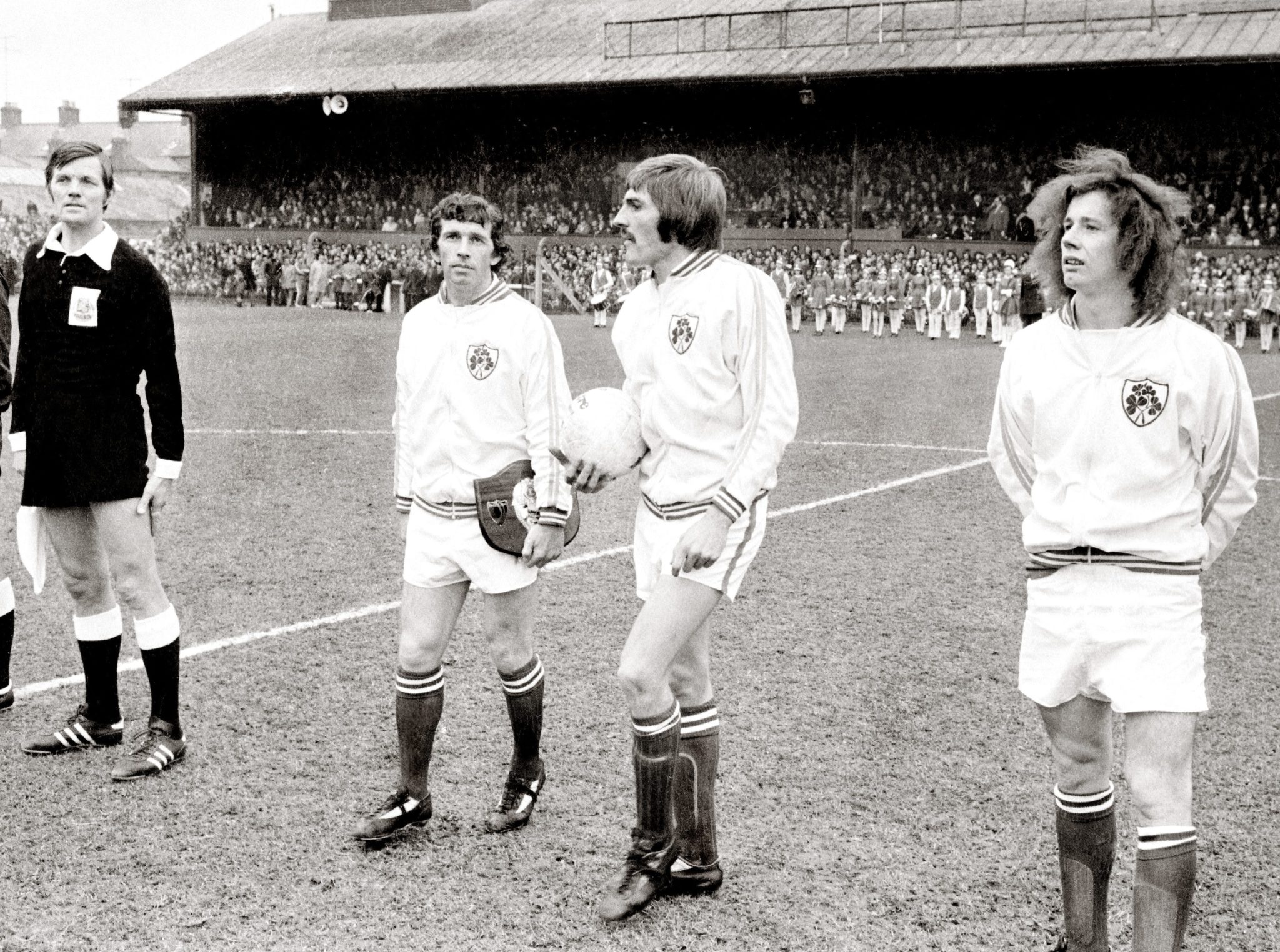 "He played out on the left-side of midfield," recalled Giles, "and I don't think he was necessarily capable of being the kind of midfield general like Vieira.

"But he had this beautiful approach that if you get the ball out to him, he'll do something on it."

Former teammates, Giles and Brady spent years alongside one another as two of Ireland's leading soccer pundits.

"He had beautiful control of the ball," explained Giles of Brady's skills-set. "He could swerve the ball and could get a good shot or pass in.

"Liam wasn't a brilliant tackler, but he did his best. He had an honest go of it but once he got on the ball, he didn't lose it.

"He had this style about him where he could look like he was struggling a bit, but once he got on the ball and turned on this pace from nowhere, he turned from the ugly duckling into this beautiful swan."

With the smallest hint of laughter in his voice, John Giles did admit that he had some reason, perhaps, to be particularly praiseworthy of Liam Brady.

"I fell out with him last week," admitted Giles bluntly, "but we're pals again now."

Aubameyang leaves AFCON for Arsenal due to heart issues

Tottenham not keen on Arsenal request to postpone Sunday's derby