Jesus on Aguero | 'The best player in City's history'

Jesus on Aguero | 'The best player in City's history'

Gabriel Jesus has hailed his fellow Manchester City striker Sergio Aguero as the best player in the history of the Premier League club.

City confirmed on Monday night the the Argentina international will be leaving the club at the end of the current season, by which point he is likely to have a fifth Premier League medal in his collection.

Jesus joined City as understudy to the 32-year-old in January 2017 but he has yet to reach the heights of the former Atletico Madrid centre-forward and he admits that it has been very hard to keep up with his phenomenal rate of goal scoring.

"For me [he is] the best player in the history of the club. I can learn a little bit [from him] but he's more properly a striker than me, he scored more than me," Jesus told Sky Sports News.

"He goes to the pitch and he scores, he's more striker than me, I can say that because I work with him every day and I play a lot with him.

"When we play together I score one, he scores two, I score two and he scores three. I think I'm going to learn a lot in these next years to become a proper striker who scores a lot." 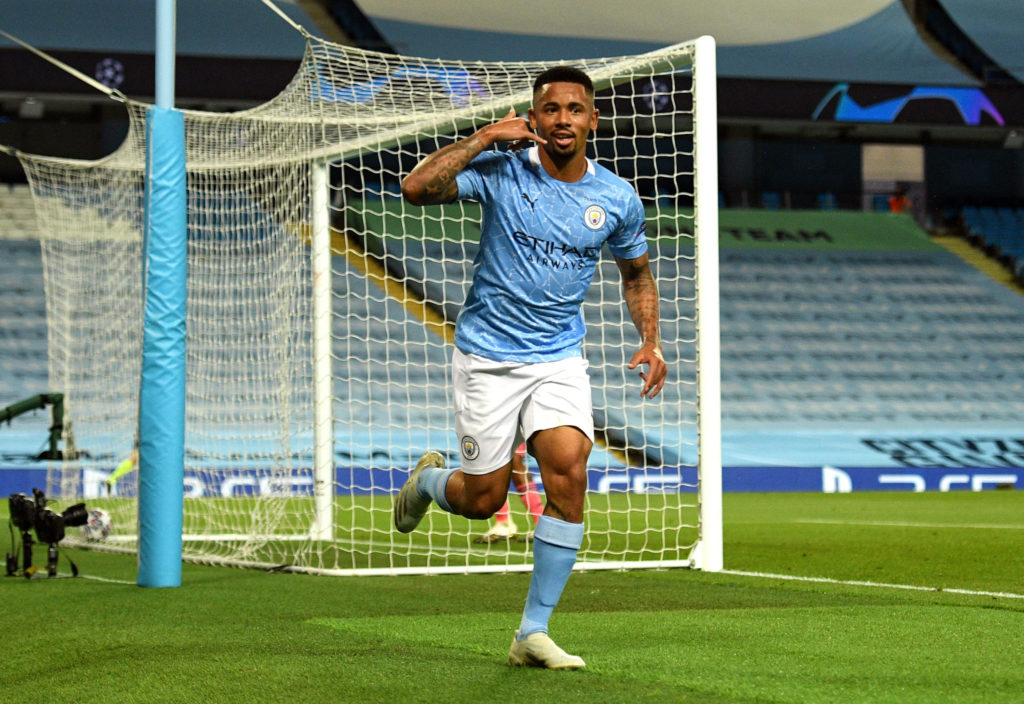 Manchester City's Gabriel Jesus celebrates scoring his side's second goal of the game during the UEFA Champions League, round of 16, second leg match at the Etihad Stadium, Manchester.

Since arriving at City in 2011, Aguero has scored 257 goals in 348 games to become the club's top scorer surpassing Eric Brook’s 78-year record four years ago.

Jesus has scored 80 goals in 183 appearances with the club and last season his tally was 23 while this season he has 12 so far but he insists he does not feel pressure caused by talk of a possible big name replacement coming in for Aguero this summer.

"It's difficult because I have to score more than 10, 15 goals, and there's still 15/16 games left, but if we win the titles I don't care about goals. I care about celebrating the titles with my team-mates at the end of the season," said Jesus.

"Pressure for me is if a guy has to wake up early to put food at home, not playing football. I know I have to score to help my team with goals because strikers survive with goals, but I came here to try and score every game, but sometimes it's not like this."