The young defender, who was born in Leixlip, had been included in Ireland's original 40-man squad for the Euro 2020 qualifier against Switzerland and the friendly against Bulgaria.

Stephen Kenny then called the 18-year-old up to the Under-21s but injury has since ruled him out.

At club level, he's already made Stoke City history, becoming the club's youngest ever captain. He took the armband for the Potters' Carabao Cup win over Wigan Athletic in August.

McClean was speaking alongside Darren Randolph at FAI HQ and talked up his Stoke colleague. 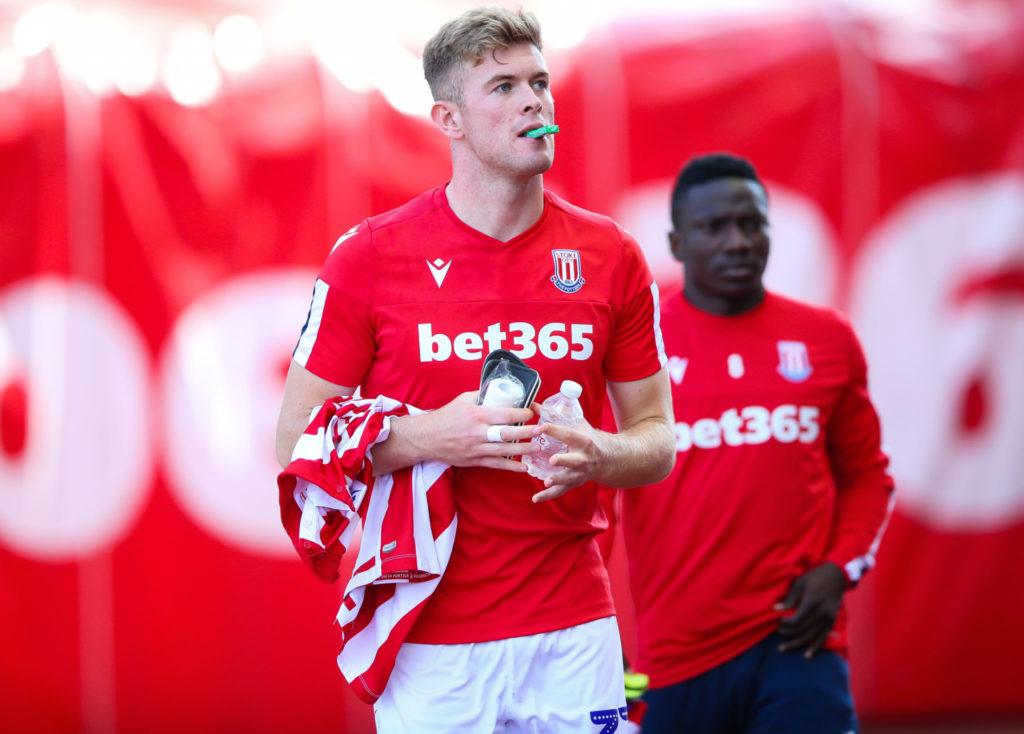 "He's refreshing because he's not your typical modern footballer," he said.

"He's got that old-school mentality. It's not flash and brash. He's focused on how he's perceived as a footballer and not on social media.

"He's level-headed and he's taking it all in his stride and very composed on and off the pitch, which is a nice trait to have. The lad's definitely got a big future in the game.

"Without putting too much pressure on him, I think the lad is going to have a big career."

Randolph also discussed Robbie Keane, who is now one of his coaches for Ireland and Middlesbrough.

"I see him here and I see him every day at the club," he said.

"It's been normal. All the rest of the lads like him so he's fitted straight into the club and into his role."

You can also watch the full press conference with McClean and Randolph above or on our YouTube channel.