Republic of Ireland manager Stephen Kenny has included Jack Byrne in his squad for next week's Eu...

Republic of Ireland manager Stephen Kenny has included Jack Byrne in his squad for next week's Euro 2020 playoff semi-final at Slovakia.

The Shamrock Rovers' midfielder is in the 25-man group for that qualifier in Bratislava and the upcoming Nations League games with Wales and Finland.

"Jack played well against AC Milan and followed that up with two goals at the weekend," Kenny said of the former Manchester City academy player's inclusion.

"He’s a very talented player with a good range of passing so he is in the squad on merit.

"He's different and has that range of passing which is very interesting and very effective and obviously he has good vision." 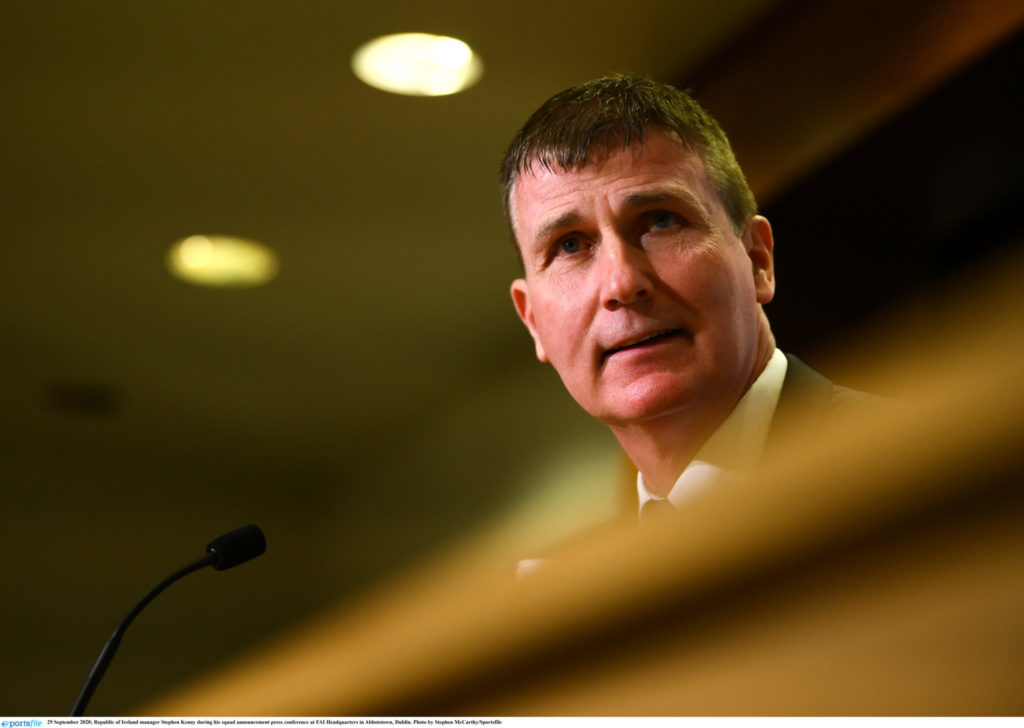 "In the last two Nations League games we used six midfielder players, it enabled us to take a look at them and to increase our options," the Ireland boss added when asked about his selection calls for midfield next week.

"Some of the players that came in did terrifically well I thought and I was very, very pleased with how the midfield players did."

There's also a call up for Blackburn defender Derrick Williams but Michael Obafemi, Seani Maguire and Dara O'Shea all miss out.

Troy Parrott's been ruled out with an ankle injury while Robbie Brady and Callum O'Dowda will have a chance to prove their fitness ahead of the team travelling next Tuesday.

“Callum O’Dowda started back training on Saturday, Robbie Brady missed the game on Sunday with a rib injury so we’ll have to see how he goes but there a bit of distance still to go before the players are due to meet up on Sunday so we’ll see how it goes.”

Republic of Ireland squad for next month's games against Slovakia, Wales and Finland: