Republic of Ireland looked to shake off their loss to Slovakia on penalties on Thursday when they hosted Wales in the Aviva Stadium for their Nations League B clash.

Despite a much improved performance from their last Nations League game against Finland, a 10-men Ireland squad were unable to beat Wales, who held them to a 0-0 draw.

Stephen Kenny's side was rocked by the news that five of their players were unable to participate in the game after one of them had tested positive for COVID-19, with the other four being deemed close contacts.

Despite the off-field distractions, the unexpectedly experienced Irish side showed the positive play that they had shown in that match against Slovakia, threatening the Welsh box early.

Mid way through the first half the hosts had the first real chance as Matt Doherty ran the ball wide before crossing into Enda Stevens.

Stevens was unable to capitalise, but Jeff Hendrick managed to get it back to Robbie Brady who drilled it into the Welsh defence before being cleared out of danger.

After an injury to Kevin Long forced a reshuffle in the Irish line up, Wales looked to capitalise quickly as Conor Roberts crossed the ball to Matthew Smith who passed it back to Harry Wilson in the box.

Wilson passed it out to Aaron Ramsey before running back and receiving the ball in a better position to take the shot. Darren Randolph was able to push the ball back behind the net for a corner.

With Ireland clearing the ball out, Wales looked to rebuild again from the back.

Brady almost got the first goal of the match when an intercept placed him one-on-one with the 'keeper after beating the defence. He pushed it wide over the top left corner, butchering Ireland's best chance of the game. 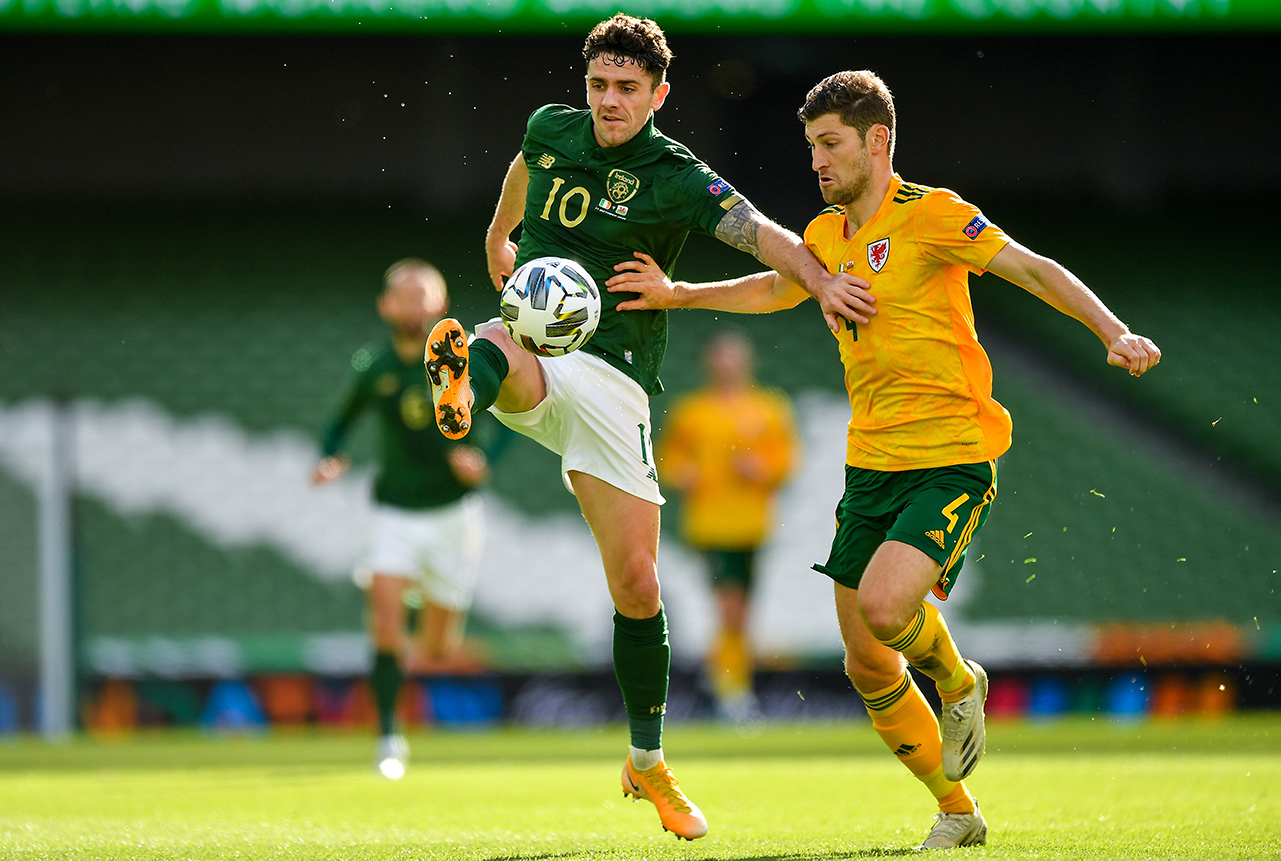 As the minutes ticked down in the first half, the boys in green made a number of attempts at goal. Cyrus Christie, who came on for the injured Long, as well as Shane Duffy both came close for the hosts before the referee blew his halftime whistle.

As the second half kicked off, the Welsh applied increased pressure on the boys in green, but Ireland looked more likely to score on the intercept.

Just 10 minutes into the half, an intercept by Jeff Hendrick in Ireland's own half allowed Stevens to cross into Shane Long who headed it high over the crossbar for another missed opportunity for the Irish side.

Ireland began to grow in confidence with the number of attempts at goal they had, as mid way through the second half they looked in firm control of the match.

Wales put together a number of attacking plays, which were dealt with by the Irish defence. 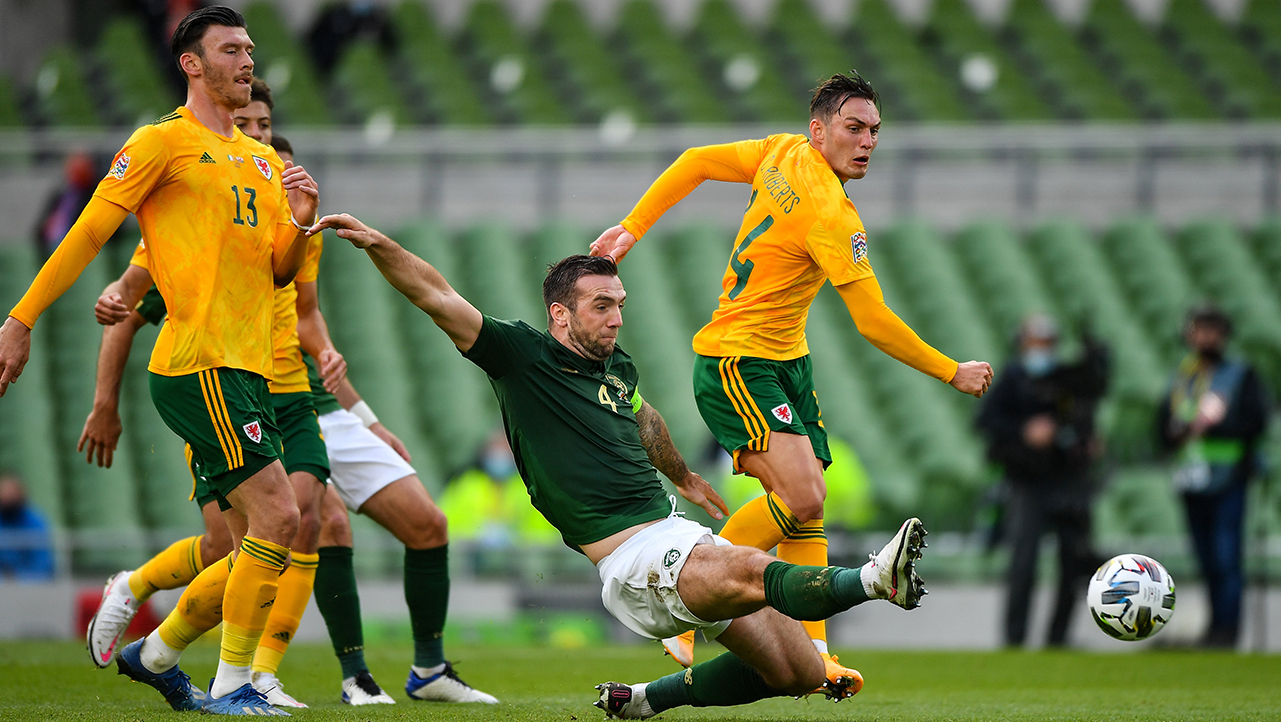 Ramsey was by far the best player on the pitch for the visitors, causing a number of problems for the Irish defence throughout the second half. The defence stood up to the challenge, though as scores remained level with ten minutes left.

The scoreline was not for lack of trying for the Irish, who had put together around 10 solid chances at goal which were either kept out by the Welsh defence or pushed wide.

Ireland were dealt a major blow late in the game after James McClean received a second yellow in the 83rd minute for a dangerous challenge.

Despite being in the driver's seat for much of the second half, Kenny's side looked as if the red card let all of the air out of the team.

Wales, who had produced late winners in each of their two previous Nations League games, looked to make it three in a row of late winners against a 10-men Irish side.

With two minutes left of injury time, Wales were all over the Irish defence. They were unable to score and the final whistle came to the relief of Wales and the frustration of Ireland.

Kenny remains in search of his first win as manager, while Ireland, despite a very strong performance, still look unable to score goals.

Kenny's side will now take on Finland in the last of their Nations League games for October on Wednesday.