Ireland vs Qatar | The starting XI Stephen Kenny should go with

Ireland's 3-0 victory over Azerbaijan showed what Stephen Kenny's side is capable of in the right...

Ireland vs Qatar | The starting XI Stephen Kenny should go with

Ireland's 3-0 victory over Azerbaijan showed what Stephen Kenny's side is capable of in the right circumstances.

Although qualification for the World Cup is no longer possible, the victory has set Stephen Kenny on course to keep his job. Another strong showing against Qatar will only build on the feel-good factor surrounding Kenny's squad.

We already know that Caoimhin Kelleher will start for Gavin Bazunu, but there won't be wholesale changes made.

Kenny has spoken previously about creating competition for places within the squad. There are certain players who have to start but Ireland are far from a team with a settled starting 11. There are a number of players who were on the bench on Saturday who should start against Qatar.

Here is the starting team that Kenny should pick on Tuesday.

Caoimhin Kelleher will start for Ireland against Qatar and it's a smart decision from Kenny. Before the last window, the Liverpool goalkeeper was probably the number one choice for most people. He now has something to prove after Bazunu's strong performances against Portugal and Serbia, but he's unlikely to win the starting spot no matter what happens in this game.

Omobamidele is a seriously impressive player. Since coming into the team against Portugal, the 19-year-old has taken each game in his stride. The more we can get him into the team and build his experience at international level, the better. A calm head on young shoulders.

Shane Duffy's return to form has been a consistent talking point since going back to Brighton, but there seems to be even more going on than that. It's almost like a rebirth.

Not only has Duffy regained confidence in his defensive attributes, he has added to his game going forward. Duffy was the main instigator from defence with the ball having 32 passes against Azerbaijan - more than Omobamidele and Egan. While his passing accuracy is actually quite low at 63%, the context to that is 12 of the 32 passes went long, two of those long balls were accurate ones.

Egan is an important player for more than one reason. Firstly, he provides balance to the side. Naturally left-footed, it adds an extra passing option out from the back. Secondly, he is our best defender positionally, which is important in his role. Defenders playing inside wing-backs can be exposed in space if they're not in a good starting position.

Matt Doherty is Ireland's best player. He's a nailed-on starter and provides heightened value in a counter-attacking style. He's shown his ability and confidence with the ball for Ireland in recent games, despite not starting each week for Tottenham. Hopefully he maintains his form under Kenny, because Ireland are a far more dangerous side in attack when he's at his best.

Left-wing back isn't where you'd naturally play James McClean if given the option, however, he has done well in there. He was brilliant in the build-up to Callum Robinson's first goal and his directness is a good option to have on the counter-attack.

Cullen needed to show more bravery with the ball against Azerbaijan. And he did so.

He had 51 touches, with 29 successful passes, 18 of which came in the opposition's half of the field. He is growing into a role in midfield that has been historically problematic for Ireland to fill. His range of passing and awareness of what's happening around him when he has the ball far exceeds that of those who started before him. Hopefully he can feature despite dealing with injury. 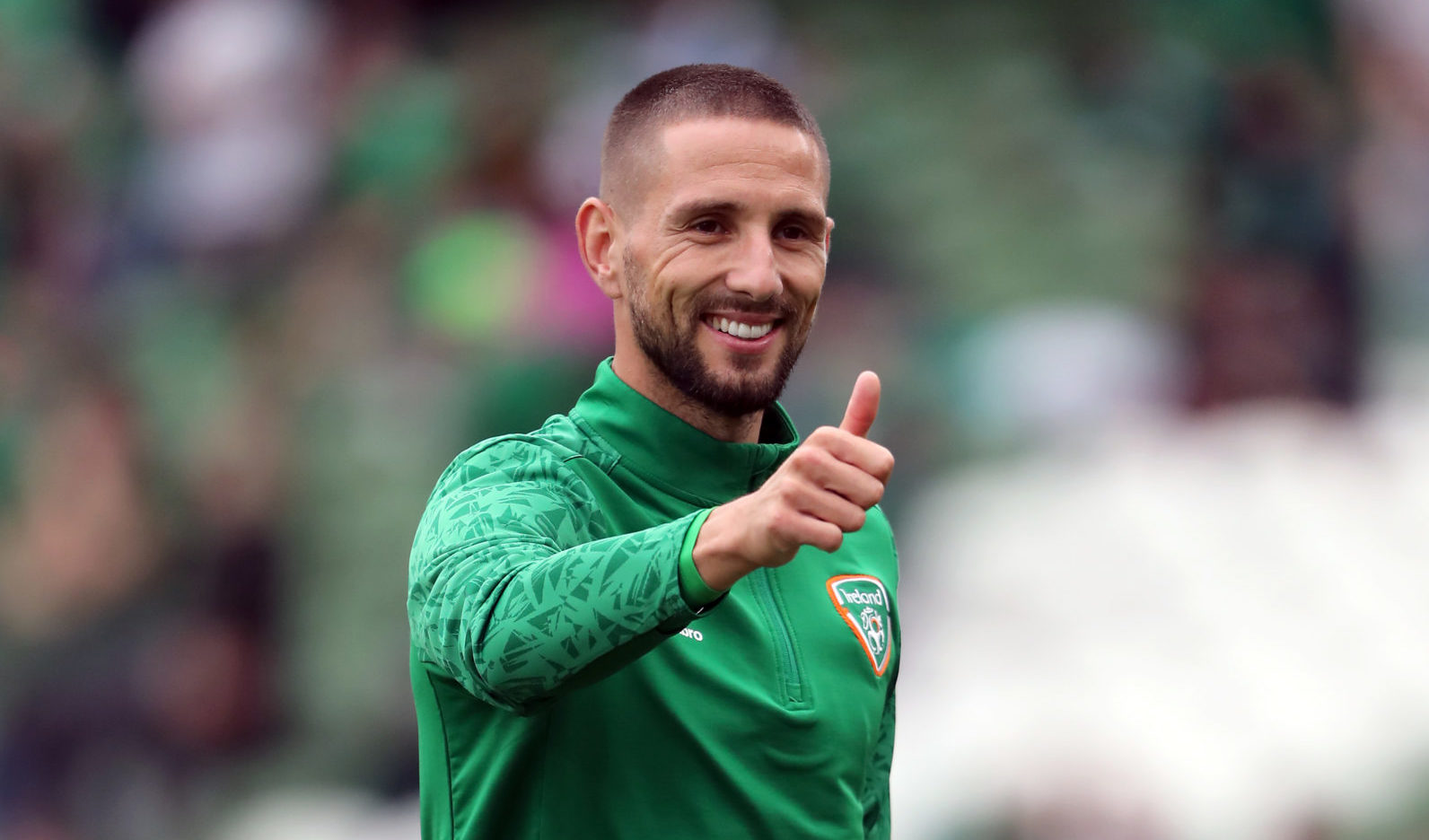 Conor Hourihane should replace Jeff Hendrick in the midfield. Hendrick didn't have a bad game against Azerbaijan, but it couldn't be classed as a good game either. The role of the second midfielder in this system is an old-style, box-to-box player, Hourihane fits that mould. Kenny should give him the opportunity to lay a claim to the position.

Kenny opted for Daryl Horgan in this position against Azerbaijan and it didn't work. While Horgan was there for an injection of pace, his looseness on the ball was an issue for Ireland. Horgan had just nine successful passes in the game in Baku. McGrath will bring almost the opposite. While the St Mirren player lacks the pace Horgan brings, he is much more composed on the ball.

It really had to be Callum Robinson that broke Ireland's goalless run. After what must have been a long week for him, Robinson put in a man of the match display in Baku. Outside of the goals - which are clearly the priority - Robinson adds a layer to this Irish side that has been missing: pressure on the opposition high upfield. He is absolutely tireless in pressing the opposition.

Anyone who can consistently score goals should start for Ireland at this point.

While Adam Idah remains the preferred option upfront, this game is a good opportunity to get Troy Parrott some game time. He doesn't offer the same link-up play as Idah, but Parrott is the more composed finisher of the two. He's proven he can score goals at every youth level for Ireland and he has three goals in eight games for MK Dons this season, not to mention those two for Ireland against Andorra.

If a chance comes his way, he'll take it.