As Stephen Kenny prepares for his first game in charge of the Republic of Ireland, some members o...

As Stephen Kenny prepares for his first game in charge of the Republic of Ireland, some members of OTB debated what it is that Ireland fans truly want from their football team on Thursday's OTB AM: good football, or a good party?

If a rod is dangling over Stephen Kenny's back as he takes charge of Ireland for the first time this evening in Bulgaria, it has largely been of his own making.

"We don't want to just be successful," the new manager explained earlier this week, "we want to be successful in changing the way Irish football is viewed worldwide. It's a big, lofty goal."

So, as Ireland prepare for their first Nations League game of a new campaign with Stephen Kenny at the helm, some members of the OTB team considered the advisability of Kenny's goal.

Do Ireland fans really care if the national team plays good football so long as they qualify for major tournaments and provide an excuse for a good party?

Alternatively, will anyone be jumping for joy if the football played under Kenny is of a better standard than Mick McCarthy, Martin O'Neill or Giovanni Trapattoni managed, but Ireland qualify for nothing?

"The Stephen Kenny era is a battle for the soul of Irish football," claimed Ger Gilroy from the outset, "and he hasn't shied away from that whatsoever.

"But if this doesn't work, we're screwed."

Something of an outlier, Kenny's lack of a stand-out playing career, combined with a managerial CV that has been largely limited to the League of Ireland, has not stopped him thinking big.

As Gilroy argued, however, if Kenny's thinking doesn't match up with what his team delivers in terms of results, it could be a disastrous indictment of Ireland's domestic league and lose it any admiration that has come with Kenny's ascent to the top football job in the country.

Furthermore, given Kenny's progressive views on how the game of football should be played, if that fails to take hold with Ireland there is a chance that fans and the like, desperate for success, won't be keen on taking a risk on progress again any time soon.

"I think that if the Stephen Kenny era isn't successful it will be a very long time before we get anybody who comes in talking about playing good football again," he suggested.

"The next manager will automatically be like, 'This is a results game.' If this era isn't successful, we will enter a new era of mediocre, failed Premier League/Championship level manager. 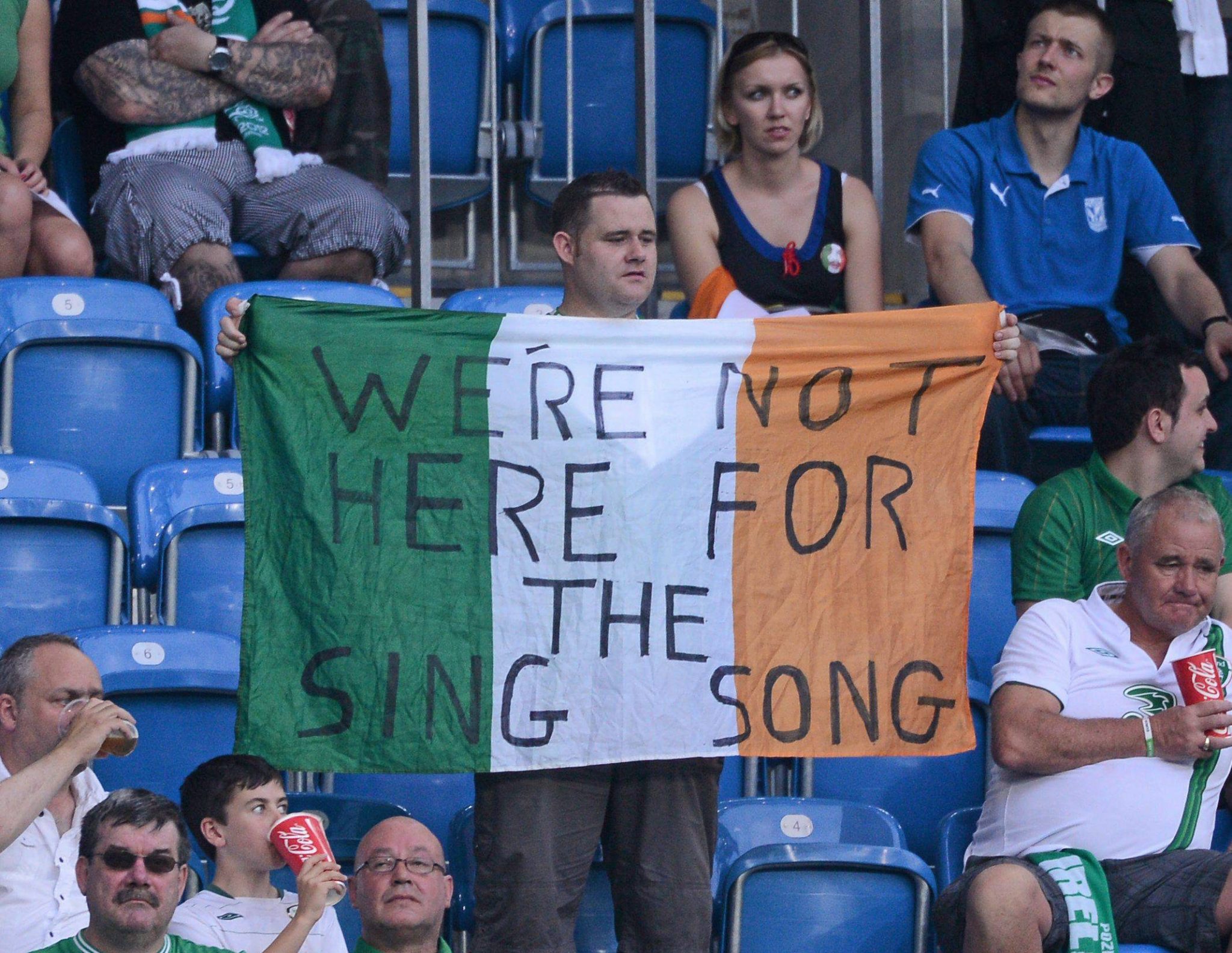 For OTB's Eoin Sheahan, Kenny's success - or lack thereof - won't have such a conclusive impact.

"I do think there will be a Sam Allardyce-shaped hole there if Kenny's era goes down the toilet," he conceded, "but I don't think this is it for the hopes and dreams of future League of Ireland managers getting this job."

Colm Boohig, a third member of OTB throwing his hat into the ring on this, opened up the stickier question of what success really means for Irish football at this point.

"Is it good, progressive football," he began, "or is it qualifying for tournaments, regardless of how we play?"

For Sheahan, distinct signs of progress on the pitch would surpass any initial fears there may be that Kenny's Ireland are not winning enough games.

"We could live with not qualifying for the 2022 World Cup if we all of a sudden had an identity the nation could get behind," he reckoned, "and had a new group of players who were trending in the right direction.

In Boohig's opinion, however, Ireland fans are more desperate for a place at major tournaments than they are concerned with style and systems.

"I'd love nothing more than for Ireland to start playing really good football under Stephen Kenny," he explained, "but think about in the last 30 years and some of our greatest moments have been at major tournaments, regardless of how we played.

Although style and substance will not necessarily be mutually exclusive for Stephen Kenny's Ireland, watch back the entire debate here and let us know what you think is the most important aspect of international football.