The four new players in the Republic of Ireland squad are exiting and creative, and will boost St...

The four new players in the Republic of Ireland squad are exiting and creative, and will boost Stephen Kenny’s side, according to the Independent’s Dan McDonnell.

Kenny announced his squad for next month’s international friendlies on Monday, with St Mirren’s Jamie McGrath, Norwich’s Andrew Omabamidele, Rotherham’s Chiedozie Ogbene and Shamrock Rovers’ Danny Mandroiu all being called up for the first time.

With no wins yet since he took over the role as Ireland manager, Kenny will be hopeful that the introduction of the new caps could finally get him that illusive first victory.

Speaking on the Football Show on Tuesday's Off The Ball, McDonnell thought that the new call-ups were interesting, and deserved.

“The interesting thing about them is that Kenny would have previous experience with three of them,” McDonnell said.

“Ogbene would have started off in the League of Ireland with Cork City in Limerick, he would have played against Kenny, and I think he was even trying to bring Ogbene to Dundalk at one point.

“He is a sort of fast right winger. The point Kenny made yesterday was that a lot of the wide players he has in his squad like to cut inside, whereas Ogbene is very much, as he sees him, an out and out right-sided player.

“Omabamidele has been excellent for Norwich; a young centre half in terms of their promotion charge, and his inclusion speaks for itself.” 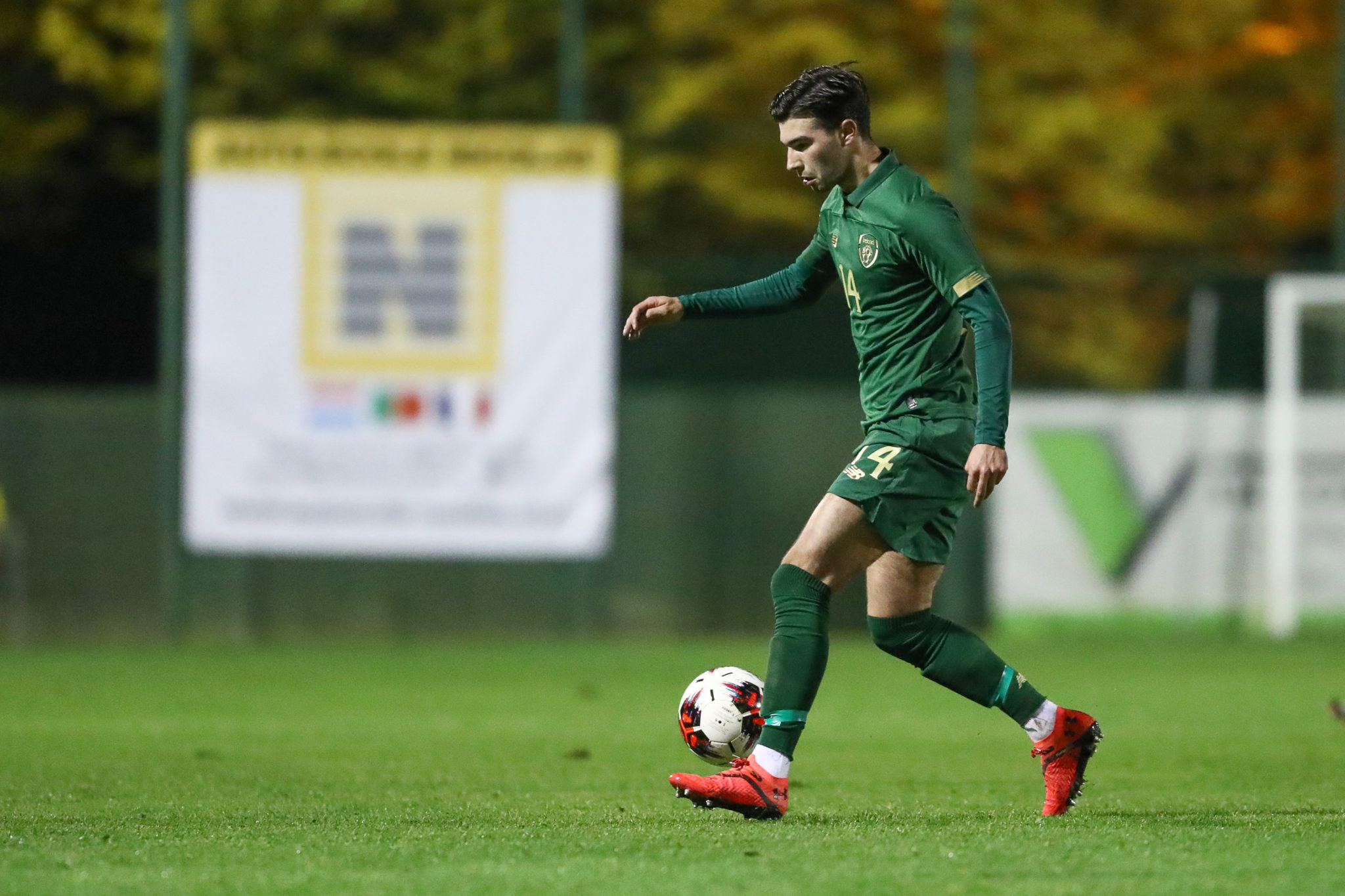 Daniel Mandroiu of Ireland during the Under21 Championship qualifying round, group 1 between Luxembourg and Ireland played at Henri Dunant Stadium on November 18, 2020 in Beggen, Luxembourg. (Photo by Vincent Lescaut/PRESSINPHOTO)

While Ogbene and Omabamidele are interesting inclusions, McDonnell believes that McGrath and Mandroiu will prove to be the most influential in the upcoming friendlies.

“The other two, for me, are probably the most significant calls in a way,” McDonnell said.

“They have been available to him throughout, particularly McGrath. But clearly Mandroiu has improved a lot since joining Shamrock Rovers from Bohemians. He would have been with the U21s with Kenny.

“McGrath is a player that Kenny brought to Dundalk four years ago, but what is striking is the acknowledgement that he has gone to bring in what he feels are two natural number 10s into his team.

“They are playing at sort of lower levels, certainly in the case of Mandroiu. McGrath at St Mirren, although 17 goals is incredible, they did finish in the bottom half of the Scottish table.

“But it is their individual attributes that have brought them into the squad, and Kenny clearly, after 11 games, has probably been in situations in games where they have lacked that real natural number 10 who is at home playing off a striker.

“You could make the point that Jack Byrne has been around and is probably the closest thing to a number 10, but he did talk about how his style is to drop back into midfield a bit more and pick passes.

“McGrath is very attacking, and Mandroiu seems to be happiest in that area, and [Kenny] has gone for players whose style and attributes as opposed to where they play have got them into this group.” 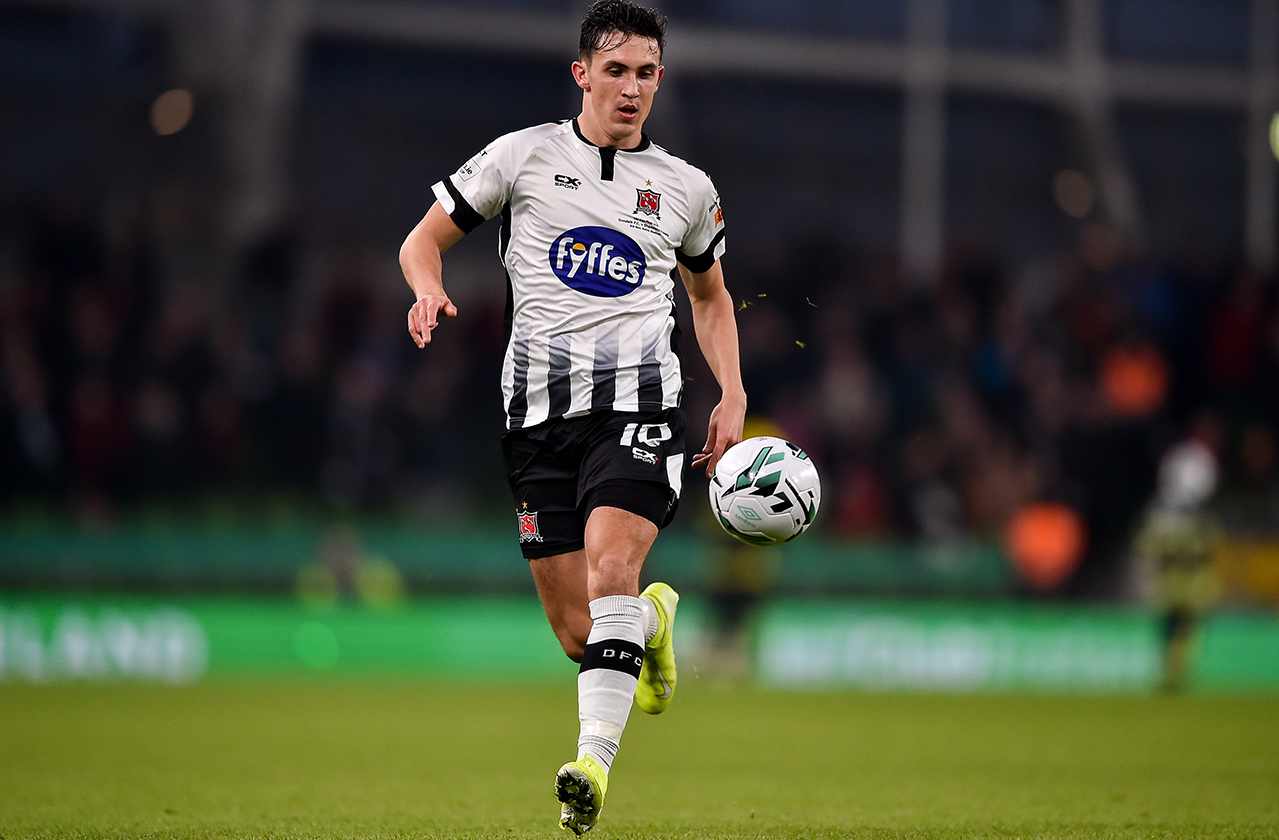 Jamie McGrath of Dundalk during the extra.ie FAI Cup Final between Dundalk and Shamrock Rovers at the Aviva Stadium in Dublin. Photo by Ben McShane/Sportsfile

McDonnell believes that McGrath’s consistency in growing as a player has allowed him to force his way into the squad.

“Jamie McGrath, many years back… came off the bench for maybe 10 minutes and did a couple of pirouettes and skills and everyone was going, ‘Oh, this guy is good’,” McDonnell said.

“But he was very much under the radar, and he was brought to Dundalk by Kenny. I think the feeling at the time was that he barely lifted a weight in his life.

“He physically had a lot to do, but technically he had everything, or certainly had a lot of attributes.

“He sort of glides in terms of his style. There probably have been times in games where that is the type of player that Ireland have needed on the pitch.”