Ireland-Finland: "I think it's crap saying we don't have the players" - Kevin Doyle

As commentators line up to criticise Ireland's performance against Finland, Kevin Doyle believes the idea that they lack the right players is 'crap'.

Ireland were defeated 1-0 by Finland at the Aviva Stadium on Sunday, amid criticism of Stephen Kenny's pedigree.

An oft-repeated line was that Ireland will struggle to play in a 4-3-3 formations where possession and quick breaks are the order of the day.

"I think it's crap to say that we don't have the players," said Doyle.

"It is such an easy thing to say. Our own managers have been saying it the last few years when things don't go their way.

"The majority are either playing the Premier League or top Championship clubs. We have the players, they might not be playing for Manchester United or Manchester City, but the majority are playing at a high level - as high a level as any team in Europe apart from [the likes of] Spain, Italy or Germany.

"We never had Spain, Italy or Germany-type world-class players - Robbie Keane, Damien Duff, we have had the odd one. But in the majority of cases, we are as good as any international team.

"Who have Slovakia got that are any different to us? That is an easy one to pull out that I don't agree with at all.

"A well-organised international team, with the majority of players playing in the top division, should be able to play well and win games.

"If you don't have any superstars, neither do most international teams." 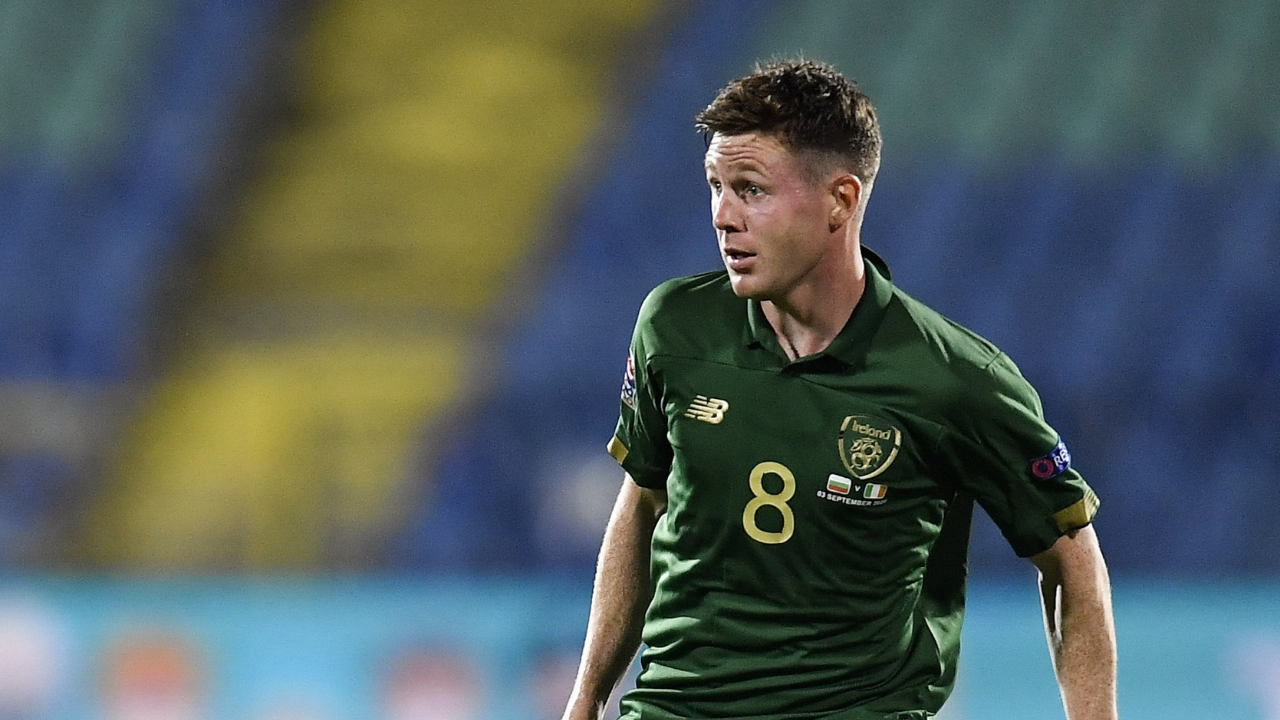 As Ireland's midfield struggled to betray any real sense of control against the Finns, Doyle ran the rule over the potential midfield options for the playoff against Slovakia next month.

"Maybe the three [of James McCarthy, Robbie Brady and Harry Arter]. James to me is more of a breaker-upper than the craft. None of them really strike me as 'the craft'. They are more energy and work rate.

"In that role, I think that is what we need - more energy on the ball. People might say we need more passing, but with a high press and winning the ball back maybe we don't need as fantastic ball players as other teams.

"It is all how Stephen sees it, but there is not much between any of those, to be honest with you. None of them are top, top class in threading a through ball and setting people up. But they all have a very good work rate, very good enthusiasm, decent enough on the ball and can win the ball back.

"I thought [Jayson] Molumby was very good, but I don't know if he'll throw him in at the deep end against Slovakia.

"I am delighted to see Harry Arter back, it would have been easy for him to retire from international football and move on but he sticks around and he is a good player, we need him.

"He was impressive enough in the game."

We were joined by Vinny Perth to discuss Ireland and his Dundalk exit ⬇️https://t.co/YO80YQA89a