Ireland vs Bulgaria | 10 things we learned

An experimental Ireland side ultimately wore down Bulgaria to earn a 3-1 victory - and it wasn't necessarily a pointless exercise...

Here are 10 takeaways from from the Aviva...

Jack Byrne looked in his element making his first appearance in the green of Ireland as a second half substitute. 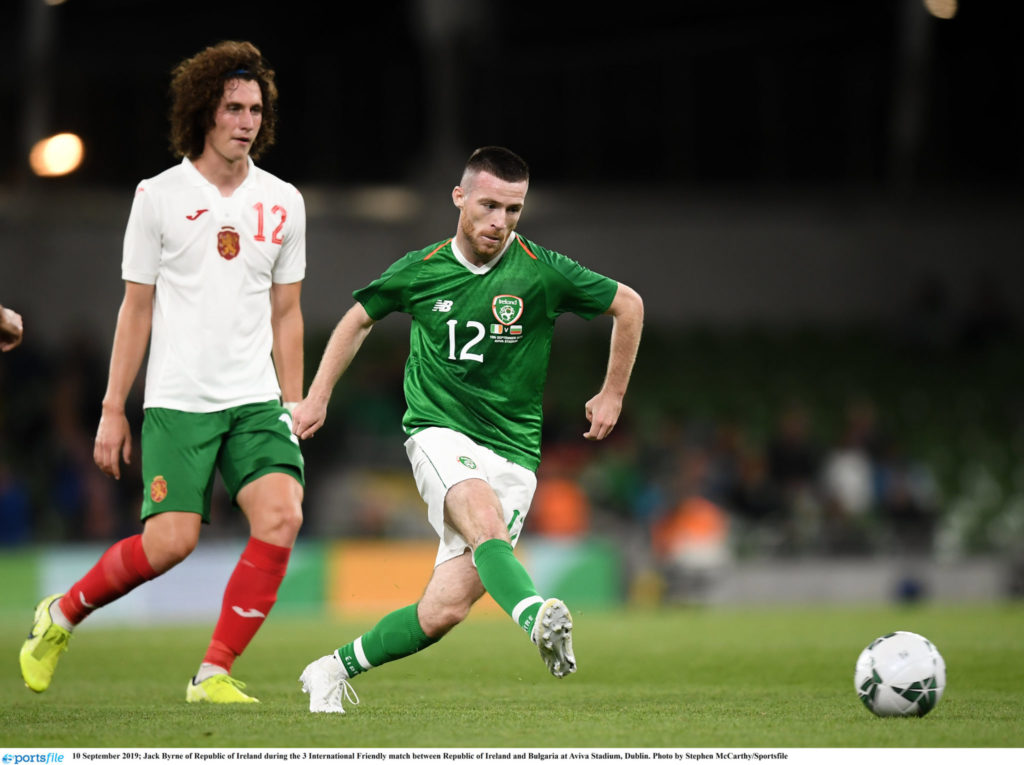 One of his first contributions was to try to shoot from the type of position you’ve seen him crack them in from for Shamrock Rovers - 35 yards from goal in the centre of the pitch.

It didn't go in, but it made an impression amid some anonymous performances.

That was followed by a flick five yards from the edge of Ireland’s D which didn’t come off but reflected the confidence he played with - as did his flashy step-overs when given the opportunity to fling his feet.

What a strike from 30 yards 💥 pic.twitter.com/xvEAGEsmzr

It was his whipped-in corner which Kevin Long fired into the back of the Bulgarian net - and his cutting ball which created Ireland’s third.

On co-comms for Off The Ball analyst Stuey Byrne likened him to Wes Hoolahan, as a player who Ireland can have in reserve if we need someone to come on to change a game.

In the post-match press conference McCarthy reflected, "He's got goals in him," - let's hope he's right. He added that he sees him as an option to make an impact in Ireland's remaining qualifiers.

2. Is Conor Hourihane a left back?

No. The Villaman worked his way forward offering an extra option to Irish midfielders. He got to the byline towards the end of the first half to flash a rare pass into the box, but it came to nothing. 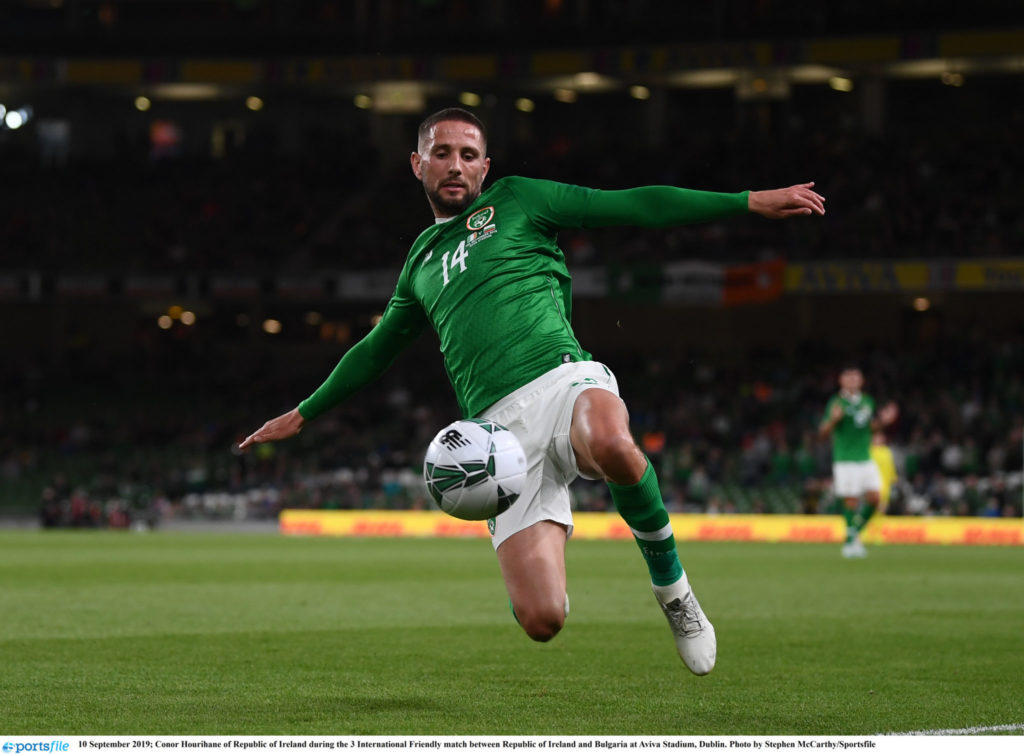 While Christie mirrored his forward position on the opposite flank, the advanced wing backs failed to help Ireland boss the ball in the manner that we’re used to seeing sides do to Ireland in this stadium.

Ultimately Mick admitted that there is no chance of him playing a competitive game in the position at his press conference.

He added that he succeeded in giving Hourihane game time while allowing some new faces to clock-up minutes in midfield.

Ireland’s front trio failed to create a clear-cut chance in the first half while the wide-men, Callum O’Dowda and Ronan Curtis looked lively. 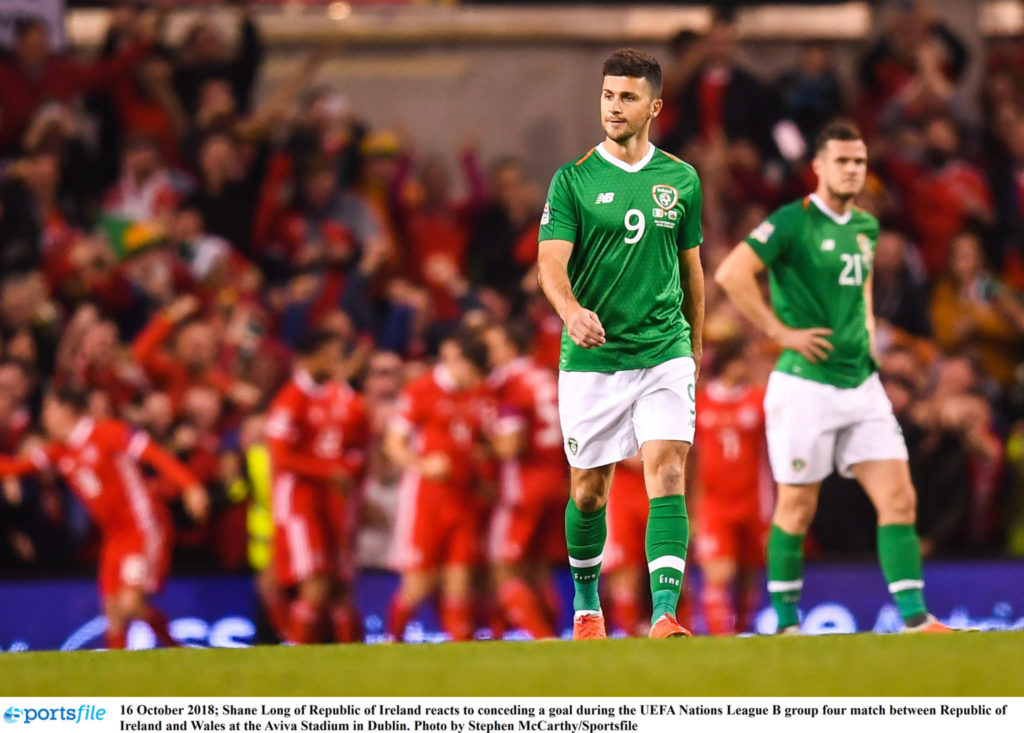 Scott Hogan grew into the game without lighting up the Aviva. James Collins got his goal and was praised for his physicality in the manager's post-match comments. McCarthy said he's put his hand up to play a bigger role in this side. 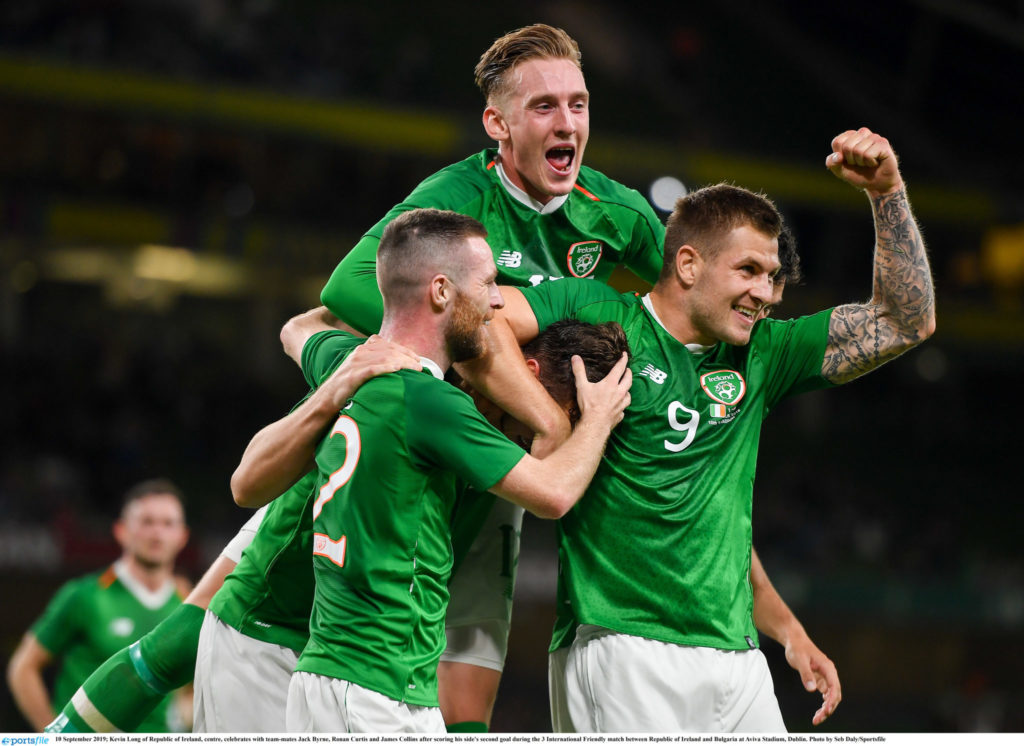 It will be interesting to see if Mick backs either player. Given the tone of his press outings it seems that he'd rather take that chance than a gamble on an out-of-favour Shane Long if we need to chase a goal against the Swiss, Danes or Georgians.

The Bristol attacker was full of tricks and menace and probably Ireland’s brightest spark in the final third, until Byrne’s introduction.

He still did enough to suggest that he’s an option we can turn to when we need to create something - but there’s still a pang of unfulfilled potential from the Kidlington-native. 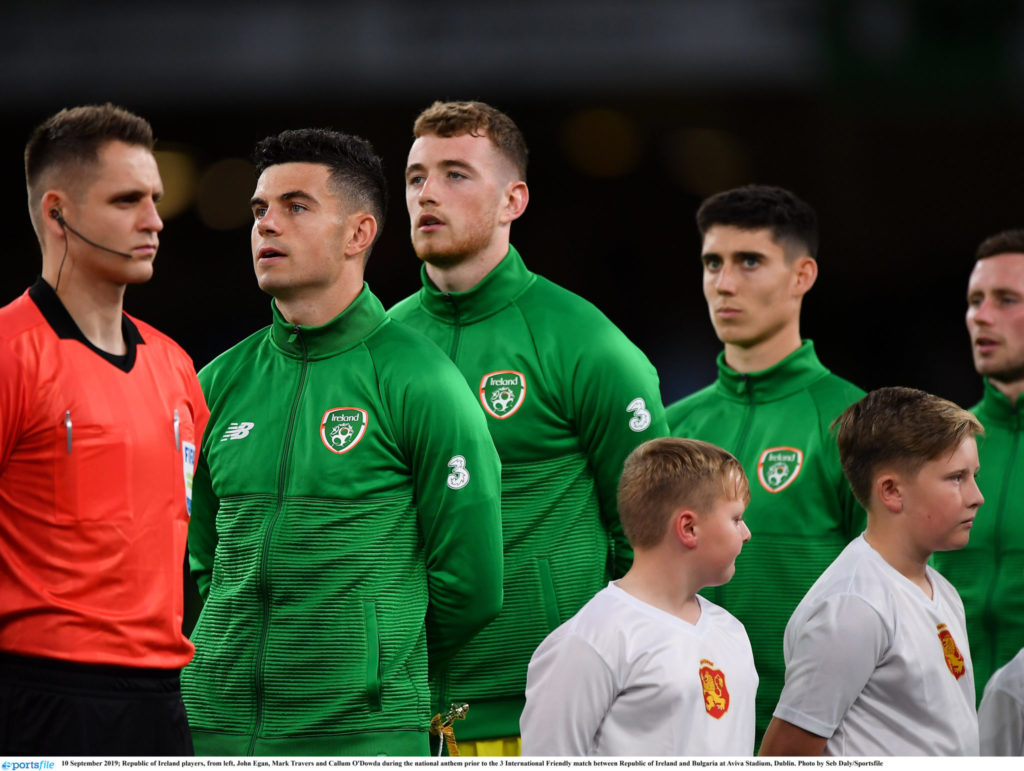 The biggest winner from Ireland vs Bulgaria could have been in Sweden. Troy Parrott impressed again, taking the game by the scruff of the neck and scoring Ireland’s final two goals in their U21 1-3 victory away from home. 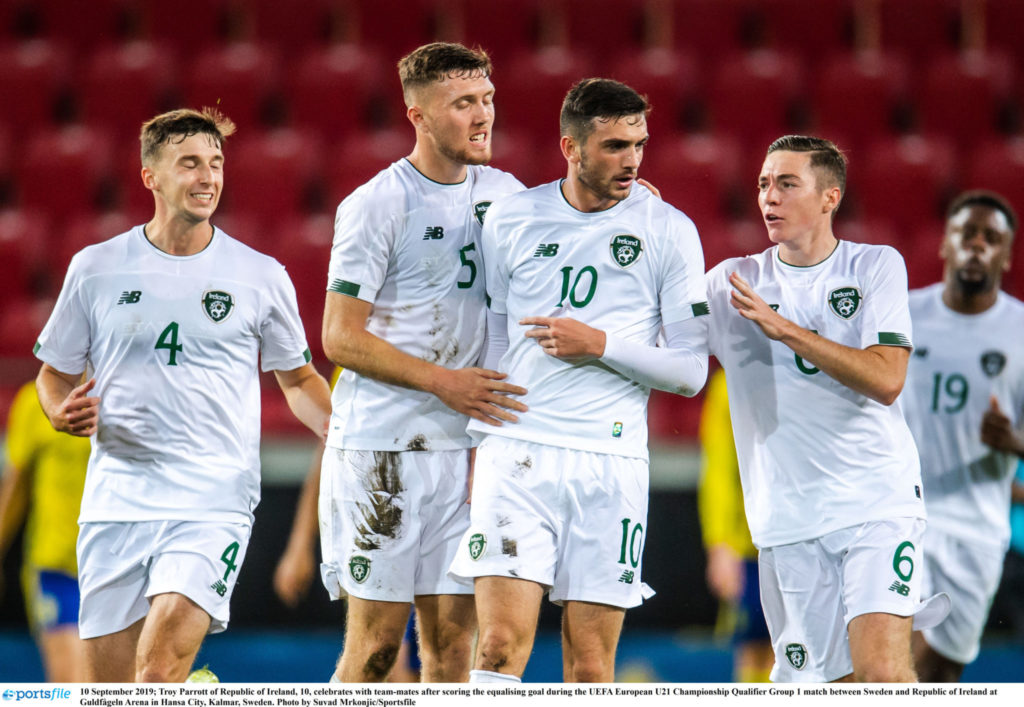 His composed dink, was busy going viral while Ireland’s front three struggled to do much back in Dublin.

Watch all of the goals from tonight's fantastic victory over Sweden 🙌

What a night! #COYBIG 🔥 pic.twitter.com/OUM8XeYcQC

Mick has indicated that he’s hesitant to bring in fresh faces at this point in the campaign (and his short-term tenure). Whether he calls up the Spur’s youngster will be one of the main storylines heading into Ireland’s make-or-break trips to Georgia and Switzerland.

Post-match he was keen to highlight the gap between U21 and senior international football and cold on the idea of parachuting him in, but you never know...

6. Is Mark Travers the future of Irish goalkeeping?

Despite some early jitters (kicking the ball off the back of a player yards away from him in the 6th min of his first cap, and another kick went astray in the first half) - he looked composed between the sticks and poised to fill the position when his time comes. 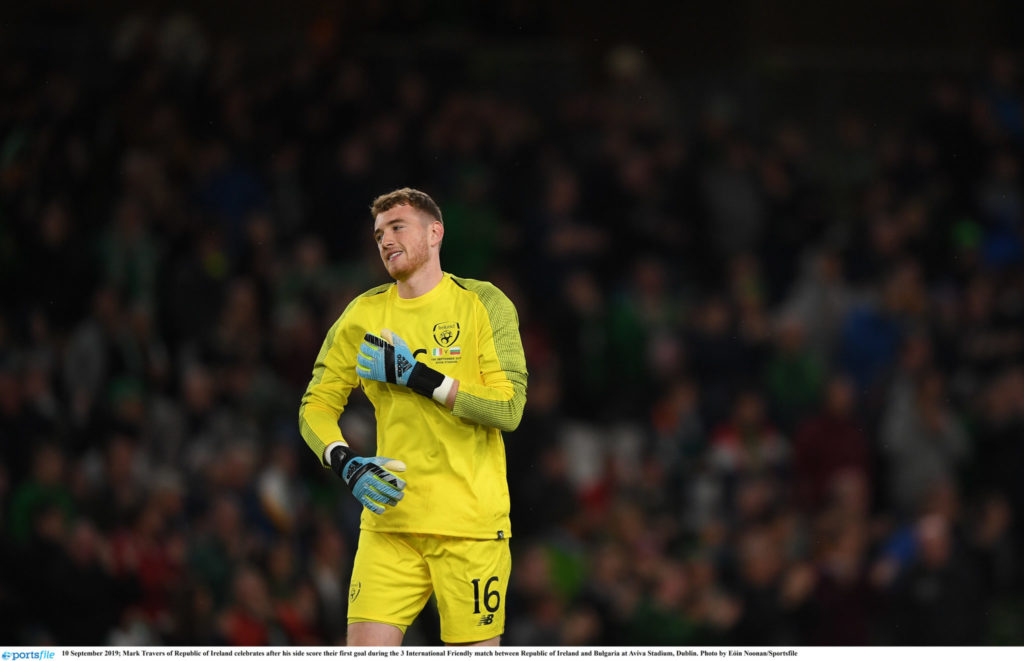 The Stoke-man’s been shifted into the position at times at club level and looked comfortable, slotting in late on.

There was a note of caution as he carried the call into two Bulgarian’s who duly disposed him. It was a harmless error, but one that could have been costly against better opposition. 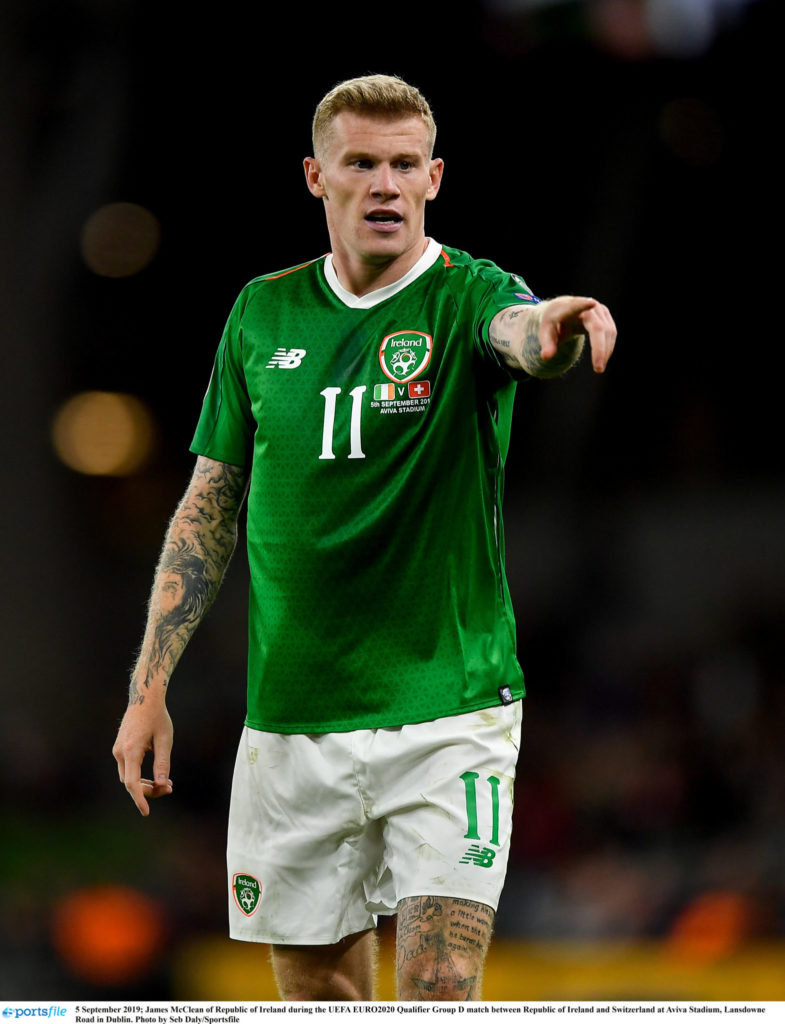 In a home game against poor opposition we were cut open a hand full of times by balls through the centre of the park. The Bulgarians had the two best chances in the first half (both free headers from close range).

This is not an Irish team we’ll see again but it’s part of a broader trend of us failing to marshall midfield and inviting teams on to us.

9. Does anyone care about these games?

A sparse (and flat) crowd halfish-filled the Aviva for this game. In the Nations League-era these games are an even-harder sell.

But it’s hard to argue that it was a waste of time.

Bulgarians not proving to be the biggest draw at the Aviva - it's about to kickoff here - live comms on air and online 🇮🇪🇧🇬 #COYBIG #IRLBUL pic.twitter.com/I1B2UhdzV3

It will be interesting to see what weight is given to this night out when squads and teams are named next month.

10. How anxious should we be about the trip to Georgia?

Quiet anxious. Again we failed to dominate at home, in this case against a limited team. 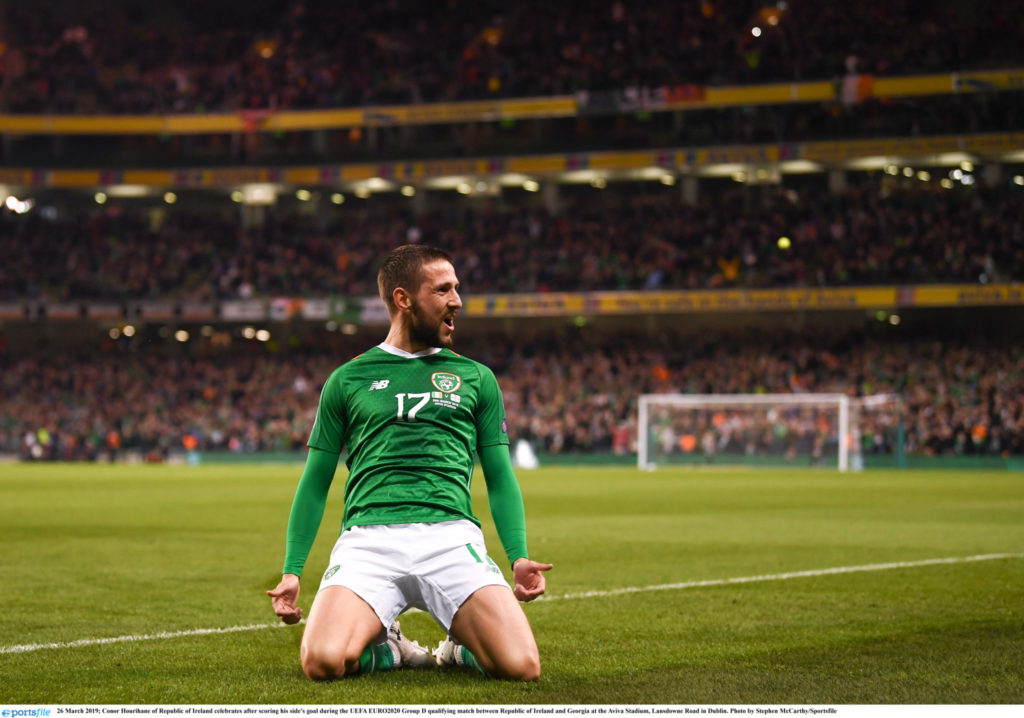 We were over run by the Swiss last Thursday and even struggled to impose ourselves against the meek Gibraltarians when they came to the Aviva at the end of last season. It’s going to be an almost inevitably nervy night in Tbilisi...

Republic of Ireland to face Portugal in World Cup qualifiers