Stephen Kenny's Republic of Ireland were in desperate need for a win when they traveled to Baku t...

Stephen Kenny's Republic of Ireland were in desperate need for a win when they traveled to Baku to face Azerbaijan.

In the latest of their FIFA World Cup Qualifiers, Ireland knew that they were no longer playing for a place in the World Cup, but could potentially be playing for their manager's future.

After a disappointing 1-1 draw with the same opposition in the Aviva in September, Kenny's men were looking for a much improved perfromance on all fronts, and their first half definitely delivered in the form of a brace for Callum Robinson.

The second half was much quieter for the visitors, as they played without the ball for the majority of the match, but did well to keep their hosts from scoring. 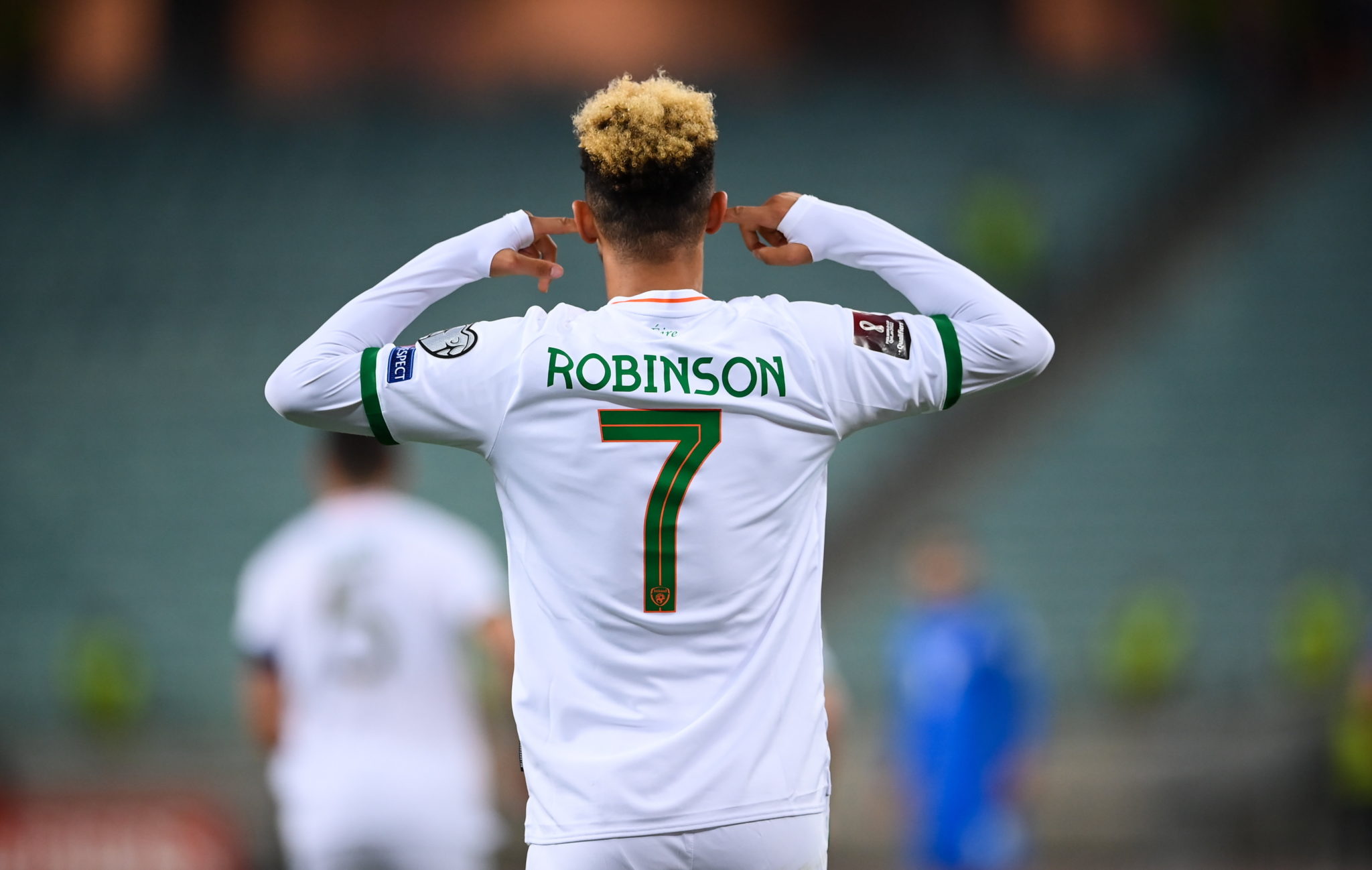 While he was not objectively poor up front, Adam Idah was not the attacking threat that Stephen Kenny would have hoped for, instead letting Robinson take all of the responsibility in the attacking areas.

Started the match off with a poor cross, but became more confident with the ball as the game continued. Being substituted off just after half time tells you all you need to know about his overall performance on the night.

After a rough week for Robinson in the media following his vaccination revelation, the 26-year-old administered his own form of a 'double jab' to Azerbaijan, scoring twice in the first half, and looking the most dangerous player in a white shirt in the process. He picked brilliant lines to run into space, and was by far the best player on the pitch for Ireland.

It was a quiet night for the Irish midfield, with none of the four midfielders standing out in one way or the other. McClean was not able to control the midfield area out wide, but was a crucial part in Kenny's first win.

With such little possession throughout the match, it was difficult for the Irish midfield to shine. With that said, Jeff Hendrick and Josh Cullen, in spite of some defensive lapses, did well to help Gavin Bazunu maintain his clean sheet. 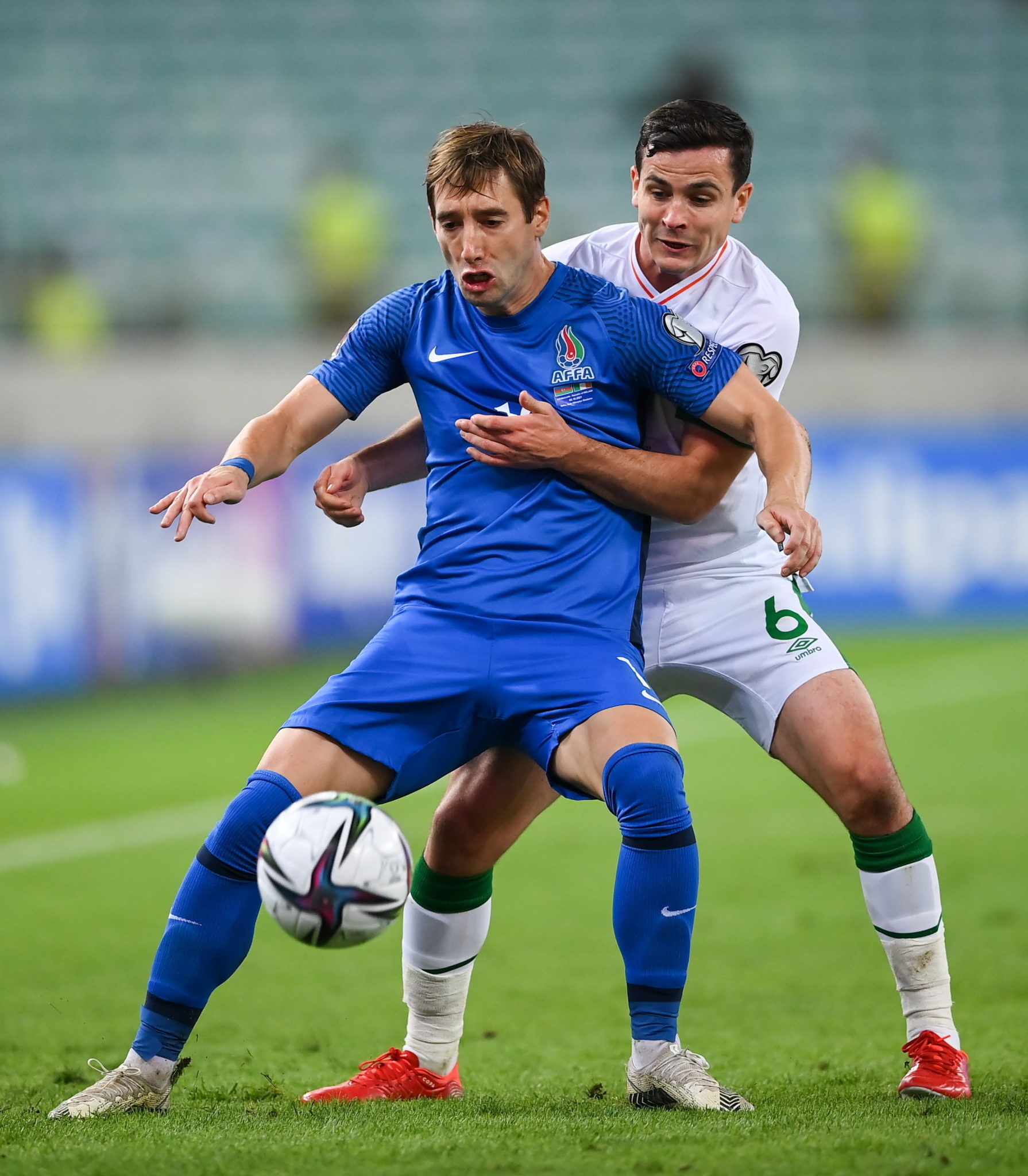 Similar to Hendrick, in spite of the victory, Cullen will not be bragging about his performance in Baku, if for no other reason than he was simply very quiet.

Much like his midfield colleagues, Matt Doherty had a quiet night in Baku, but nevertheless helping Ireland to their first win under Stephen Kenny. He did put in a few questionable passes up front, but was helped by great performances from Robinson and Cheidozie Ogbene.

Part of a solid back three, John Egan was key in keeping Azerbaijan out of the Irish goal. While he was not the man to make the impactful late save, the Irish captain was crucial in maintaining a clean sheet at the back.

Shane Duffy was crucial in aiding Gavin Bazunu in goals to maintain his clean sheet, tracking back to make some decisive defensive moves, and keep Azerbaijan out throughout the match. He also helped dictate the accuracy with which the back three made their decisions.

The entire back three worked well throughout the match, picking their moments to press well, however they did let a lot of ball through to promising positions for the hosts. Omobamidele was strong in his area in the back, defending well against the more promising plays, however there is still much room for the youngster to grow.

Keeping a clean sheet in international football is seldom easy, and with the strong pressure on his goal from the hosts for portions of the match, Bazunu did well to keep his goal clear.