Lionel Messi is an introvert that was thrust into his position as a decision maker at FC Barcelon...

Lionel Messi is an introvert that was thrust into his position as a decision maker at FC Barcelona, according to the Financial Times’ Simon Kuper.

Speaking on The Football Show on Off The Ball, Kuper discussed how Messi is not one to draw attention to himself.

“Anyone that knows Messi always say he's not shy, he's not timid, he’s quite assertive, but he's an introvert,” said Kuper, who is currently writing a book about Barcelona.

“He has a very predictable circle of his family members, his wife who he’s known since childhood and a few friends, not many. This is the life that he wants.”

Messi lives in a comparatively modest, unspectacular yet still large house in the suburbs of a beach town in Barcelona, just ten minutes away from his parents.

“He drives his kids to school, he takes them to the local restaurant, they have a kind of private room, a very simple place for dinners, and he plays football with his sons,” Kuper said.

“He doesn't run any he doesn't have an exciting life [outside of football.”

Despite living in a beach town, Messi’s home is not on the beach and is not decadent.

Kuper discussed how Messi has gone about his life differently when compared to other international players coming into a foreign club.

“Often when a foreign footballer arrives in a new city, usually alone, he comes with an entourage of mates, maybe a physio, in Neymar’s case a hairdresser, and they all live in the house,” Kuper said.

“But Messi had the luck that the club was willing to pay for his family to come over.”

Messi’s lifestyle is mirrored in how he wants to be seen in the dressing room, as he doesn’t want to be the center of attention, according to Kuper.

“Mostly Messi wants somebody else to make the decisions, he doesn't want to be the boss,” Kuper said.

“[His influence] has grown hugely because in the [Pep] Guardiola era mostly the club ran itself because you had great players coming through all the time and you had a decision maker in charge.

“Occasionally [Messi] would intervene, like saying to Guardiola you have to kick Zlatan [Ibrahimović] out of the team because he's playing in my position.” 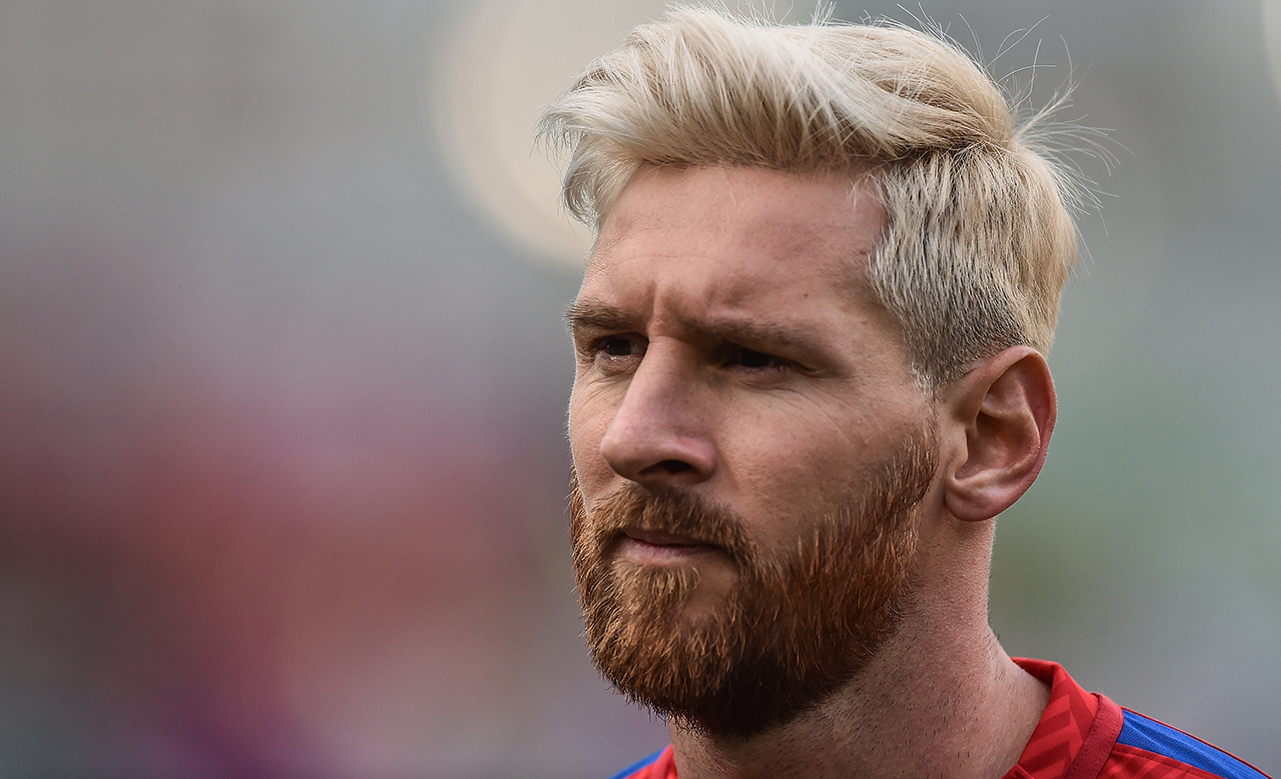 Lionel Messi of Barcelona during the International Champions Cup match between Glasgow Celtic and Barcelona at the Aviva Stadium in Dublin. Photo by Dave Maher/Sportsfile

However, since Guardiola let the club, Messi has had to take on a more prominent role in making decisions.

This was due to the failure of Barcelona’s transfer policy in recent years, especially with the club not being able to sign Neymar.

“He feels that, against his will, he's had to become a decision maker when he'd rather just be a player,” Kuper said.

This has translated into Messi being the dressing room leader, and the person that everyone turns to before a big decision affecting the club is made.

“Inside the club he wants to make his views known,” Kuper said.

“Everybody looks to Messi… and if Messi wants this… then a more articulate player like Gerard Pique will voice their thoughts and you know be a kind of spokesman for the movement, but everyone actually literally looks at Messi’s face first.”

Apart from being the leader, however, Kuper said that Messi does not have a large circle of friends within the club.

“I mean I know that [Luiz] Suarez and Jordi Alba are genuine friends of his and they were on holiday with him, but he doesn't seek to be liked by lots of people,” Kuper said.

“There's one of the support staff, he is this kind of old fat guy… [that] looks like a janitor who is always around Messi. There was this special friendship relationship there.’

Kuper added that the entire squad is in awe of Messi, despite many of them having won World Cups and other honours, because they know that Messi is better than them.

This awe and respect within the dressing room is the reason that Kuper believes Messi now wants to leave the club, as new Dutch head coach Ronald Koeman is more straightforward and to-the-point.

“Koeman is not a man of many words and he's not a kind of hugely courteous guy,” Kuper said.

“He’s a typical old Dutchman, he called Suarez in the conversation, ‘you have to go’ was less than one minute and Messi felt this was disrespectful.

“So Messi is outraged that Suarez was disposed of without all honours.”

Koeman’s directness also brushed Messi the wrong way when he spoke to him directly, according to Kuper.

“Koeman also said, ‘look under me you won't have any privileges,’ and Messi found that insulting,” Kuper said.

Moving ahead, with all of the baggage, aura and talent that Messi brings with him, Kuper sees little options for Messi outside of playing for Guardiola in Manchester City.

“The problem for any player leaving Barcelona as a success, there is only three or four clubs who can afford to buy you,” Kuper said. “With Messi, who can afford him?”

With the expected transfer fee which is as yet unknown, plus the high salary that Messi is expected to earn, it is a process of elimination as to who can afford sign him.

“He did work quite well with Guardiola and Guardiola knows how to talk to him so it's hard to see any other club getting in there instead,” Kuper said.

“He doesn’t really care much who the coach is.

“Messi sees football as a players game, he thinks that if you have great players on the field like Barcelona did… they'll sort it out.

“He doesn't particularly care much about any kind of tactical briefings by a coach, he just wants the coach to let him play football.

With Messi being the best player in the world right now, according to Kuper, there is little reason that he would need to be coached.

“Who is the best analyst of a football game while it's happening? It’s Messi,” Kuper said.

“Messi sees the space better than Guardiola, better than anyone else can, so the extent to which he needs a coach is very limited.”

At only 33 years old, Messi realistically still has another two years in him before he will be start to be left out of the starting lineup.

Kuper believes that Messi will know when his time is up and when he is no longer the best in the world, and that is when he will hang up his boots.

“I don't see Messi as a guy who coasts,” Kupers said.

“This guy is so much about subclass achievement he models himself for the moment when that fades and i don't think he's going to believe he is still great when he isn't great anymore.

“I don't think that he believes he can play forever,” Kuper said.

"There are potential downsides" | Sam Lee on Messi to Man City

I want to be Barcelona's next manager - Ronald Koeman