'I can't see anyone catching Liverpool' | Meyler on rampant Reds

Liverpool were the most impressive team in an entertaining weekend of Premier League action as th...

'I can't see anyone catching Liverpool' | Meyler on rampant Reds

Liverpool were the most impressive team in an entertaining weekend of Premier League action as they romped home against Crystal Palace 7-0, according to David Meyler.

Jurgen Klopp's side were ruthless in London, and Meyler believes they will be extremely difficult to stop once again this year.

The former Ireland captain joined Ger Gilroy and Eoin Sheahan on Monday's OTB AM to discuss all the major talking points from a high-scoring Premier League weekend.

"I can't see anyone catching Liverpool with the form they are in," Meyler said.

"Jurgen Klopp now has 14 or 15 players all playing at such a high level where they are turning out performances.

"I have sat on OTB Sports with you guys talking about Firmino. Yes, his all-round gameplay is fantastic but he needs more goals, that is what Diego Jota was bringing.

"Now Firmino has started to score."

The Brazilian forward rose highest, last Wednesday, in the dying moments of Liverpool's 2-1 win over Tottenham Hotspur to break Jose Mourinho's heart and lay down a marker in the title race.

He followed that goal up with an extremely well-taken finish on Saturday after trapping an Andy Robertson cross dead in the box before coolly dispatching past Vicente Guaita.

Firmino then doubled his tally against Palace with a deft chip in the second half. 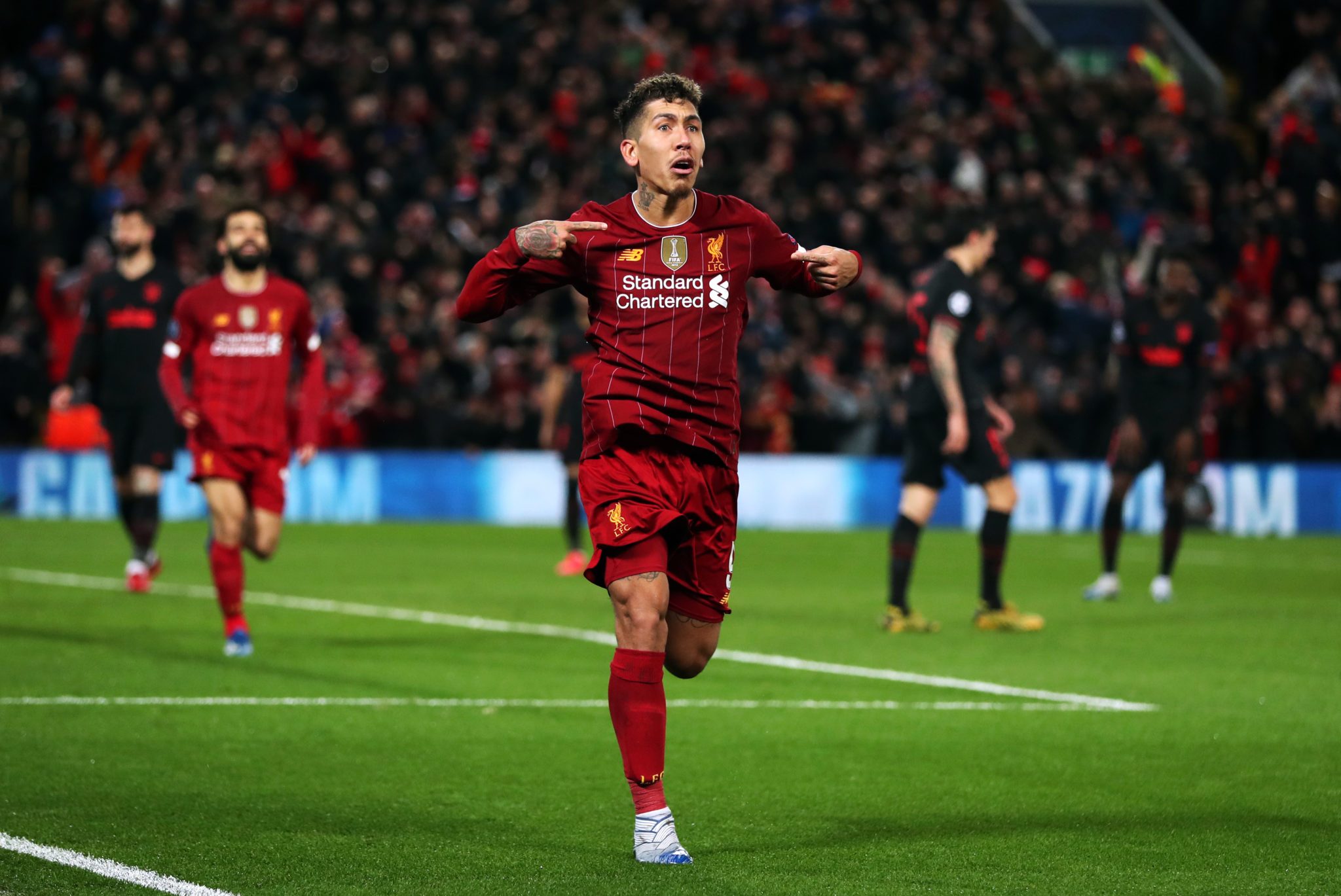 Liverpool's Roberto Firmino celebrates scoring his side's second goal of the game during the UEFA Champions League round of 16 second leg match at Anfield, Liverpool.

Klopp held Mohammed Salah on the bench until late on and the ability to rest key players for certain games is a big advantage for the Premier League champions heading into the second part of the season.

"It is an exciting time to be a Liverpool fan because they are really turning out results and putting in [great] performances," Meyler continued.

"The front boys are all contributing with goals and assists."

It is difficult to assess United's progress under Ole Gunnar Solskjaer.

It cannot be denied that the team have made strides domestically this season, though. Despite a disappointing exit in the Champions League this month, United have won six of their last seven games in the league.

It has left them in a great position to challenge Liverpool, who they trail by five points, albeit with one game in hand.

Meyler believes the manager should be given credit for their fine form in the Premier League and was particularly impressed with Scott McTominay, who produced a dominant performance in the middle of the park against Leeds United. 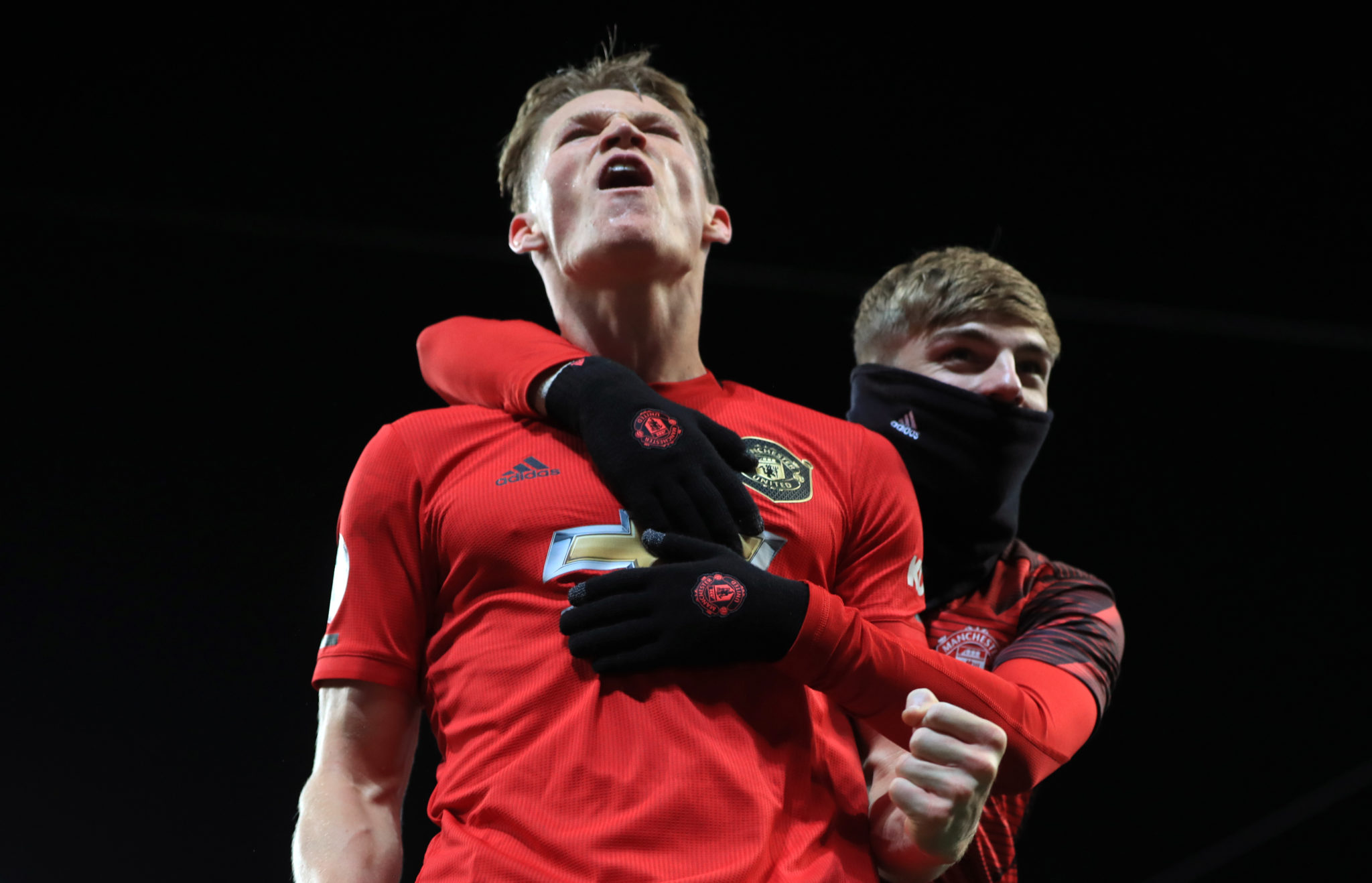 Manchester United's Scott McTominay celebrates after the final whistle during the Premier League match at the Etihad Stadium, Manchester.

"The work he puts in is phenomenal. He is a very unselfish player," Meyler said of McTominay.

"He is being trusted [by Solskjaer] but also he is standing up and putting in good performances and he is not letting the manager down."

The difficult element to assess for fans is whether United can sustain this momentum over the Christmas period and into the new year.

Meyler believes that if they can address their form at Old Trafford, bringing it to the same standard as their away form, they can push Liverpool.

"Away from home, they are a fantastic team. Obviously, they can afford to sit deep. I spoke about the pace they have with these players [Marcus Rashford and Anthony Martial]."

"With Bruno Fernandes and Paul Pogba, those type of players, that can create chances for the forward.

"The big thing is the home form," Meyler continued.

"If they can sort that out and start picking up more wins at home then certainly they can be up there in the top two or three," he concluded.