Republic of Ireland international Richard Keogh has rejoined Huddersfield Town on a contract that...

Republic of Ireland international Richard Keogh has rejoined Huddersfield Town on a contract that will expire at the end of the season.

The 34-year-old centre back has left MK Dons to sign for the English Championship club where he spent two months on loan from Bristol City in 2007.

Keogh, who was sacked by Derby County in controversial circumstances over a year ago, joined the Dons last August and has started 21 games in league and cup during the first half of the current campaign.

He will link up with Ireland under-21 international Danny Grant who made the switch from Bohemians last month.

Centre-back is a position that Huddersfield need to improve their options in with Richard Stearman, Christopher Schindler and Tommy Elphick all sidelined and with Naby Sarr also missing Saturday’s game at Watford with a knee problem. 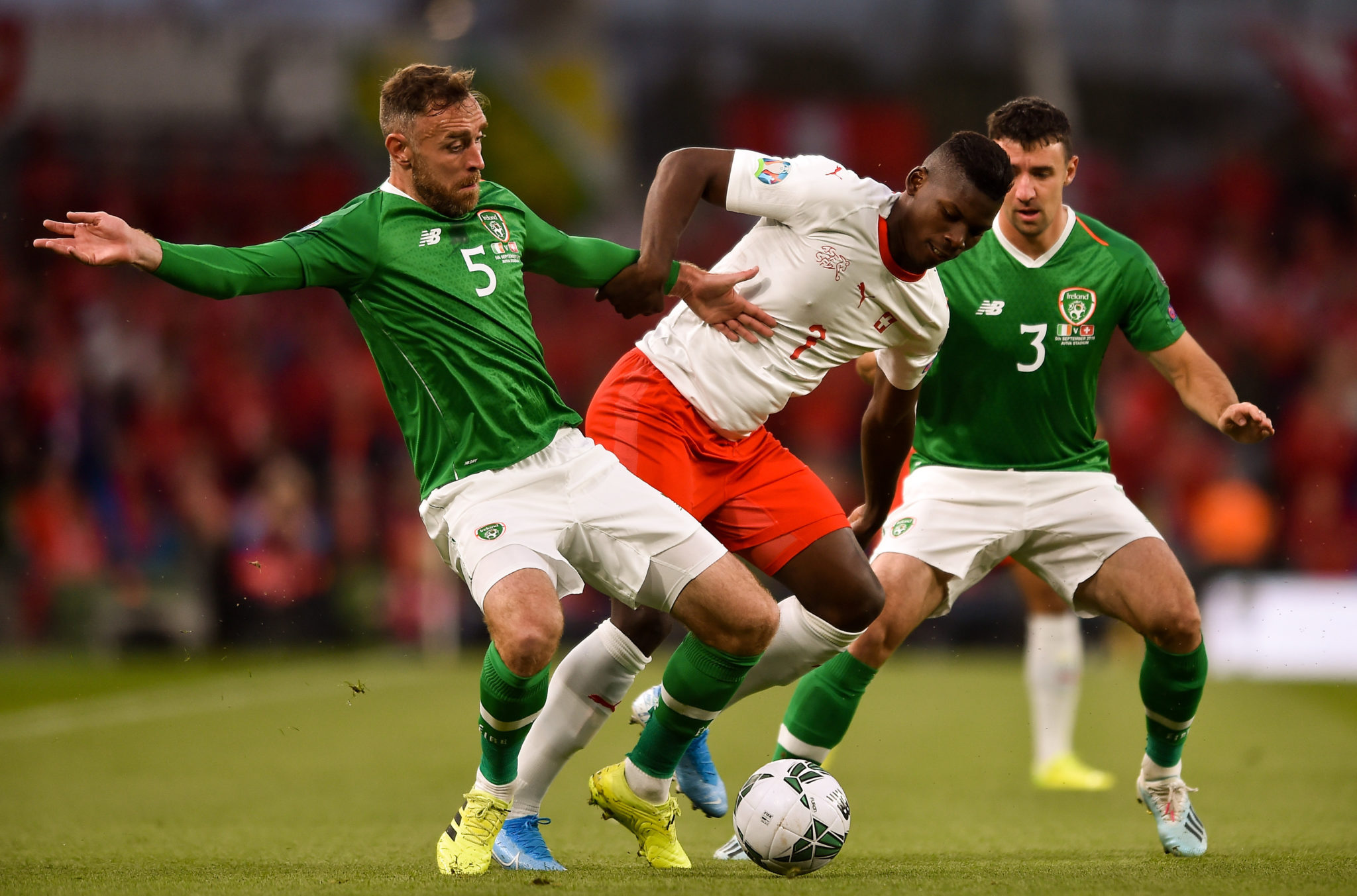 Keogh, who won the last of his 26 caps in the Euro 2020 qualifier draw with Switzerland in September 2019, has played 407 games at Championship level in his career.

Huddersfield Town’s Head of Football Operations Leigh Bromby is delighted to get a player with such vast experience.

“It’s fantastic that we have been able to move quickly to complete this deal, and I would like to thank both Richard and Milton Keynes Dons for their cooperation," said Bromby.

“We’ve suffered with an unusually high number of injures at centre back and Richard’s arrival adds depth to this position for the rest of the season.

“He’s got incredible knowledge of this division and that should be a big help to the likes of Rarmani Edmonds-Green and Romoney Crichlow on the pitch.”

Head Coach Carlos Corberán believes Keogh has all the right attributes to settle in with his side.

“Richard is a player with an amazing background and a lot of experience in the Championship. He has regularly played over 4,000 minutes per season at his previous clubs, and you need the combination of his experience alongside our young players to create a competitive team," said Corberán.

“The competitive character he has, and the respect he has for his job, and very important values within our group.

“He is a good defender and he can also help us to play out from the back. His ability to play on the left and right of central defence is something we need in the team too.”