On Monday this week, it was announced by three UK football associations that they would be immedi...

On Monday this week, it was announced by three UK football associations that they would be immediately introducing a heading ban for children under 12.

That decision was taken by the FA, SFA and IFA in the wake of a UK study that linked the sport with dementia.

The study in question showed that former footballers were three-and-a-half times more likely to die of neurodegenerative diseases than age-matched members of the general population.

There are also restrictions put in place for children aged between 12 and 17 regarding how much they are able to head the ball.

With concussion and head injuries being such a concern in nearly every sport, some think that it is about time football took its head out of the sand and did more to protect future players from being exposed to neurodegenerative diseases in later life.

The FAI stated this week that it would not be immediately following the example set by the three UK FAs. Instead, it will “continue to assess developments across Europe on an ongoing basis in relation to this issue,” the association said in a statement.

However, a study of 149 League of Ireland players conducted by researchers from the UCD School of Public Health, Physiotherapy and Sports Science in 2015, found that 16 per cent of them had suffered a concussion in the previous season.

What was most significant about this UCD study was a link between playing position and concussion reporting. It suggests that defenders are more likely to self-report concussions than other positions that participated.

Repeated blows to the head, such as heading the football, causes damage to the brain and it’s possible for just a single concussion to leave a lasting negative impact later in a players life.

Scott Allardice is a Scottish midfielder who plays for Waterford FC in the League of Ireland.

He came through the youth academy at Dundee United and noted that awareness surrounding the issue of concussion has improved amongst players.

“I’ve suffered from concussion in the past and I was automatically ruled out for two weeks even though I probably felt myself that I could play,” he admitted.

“Concussion isn’t spoken about hugely in the dressing room because most of the players are now aware of the protocol and they understand that it’s outwith our remit to argue about it,” said Allardice. 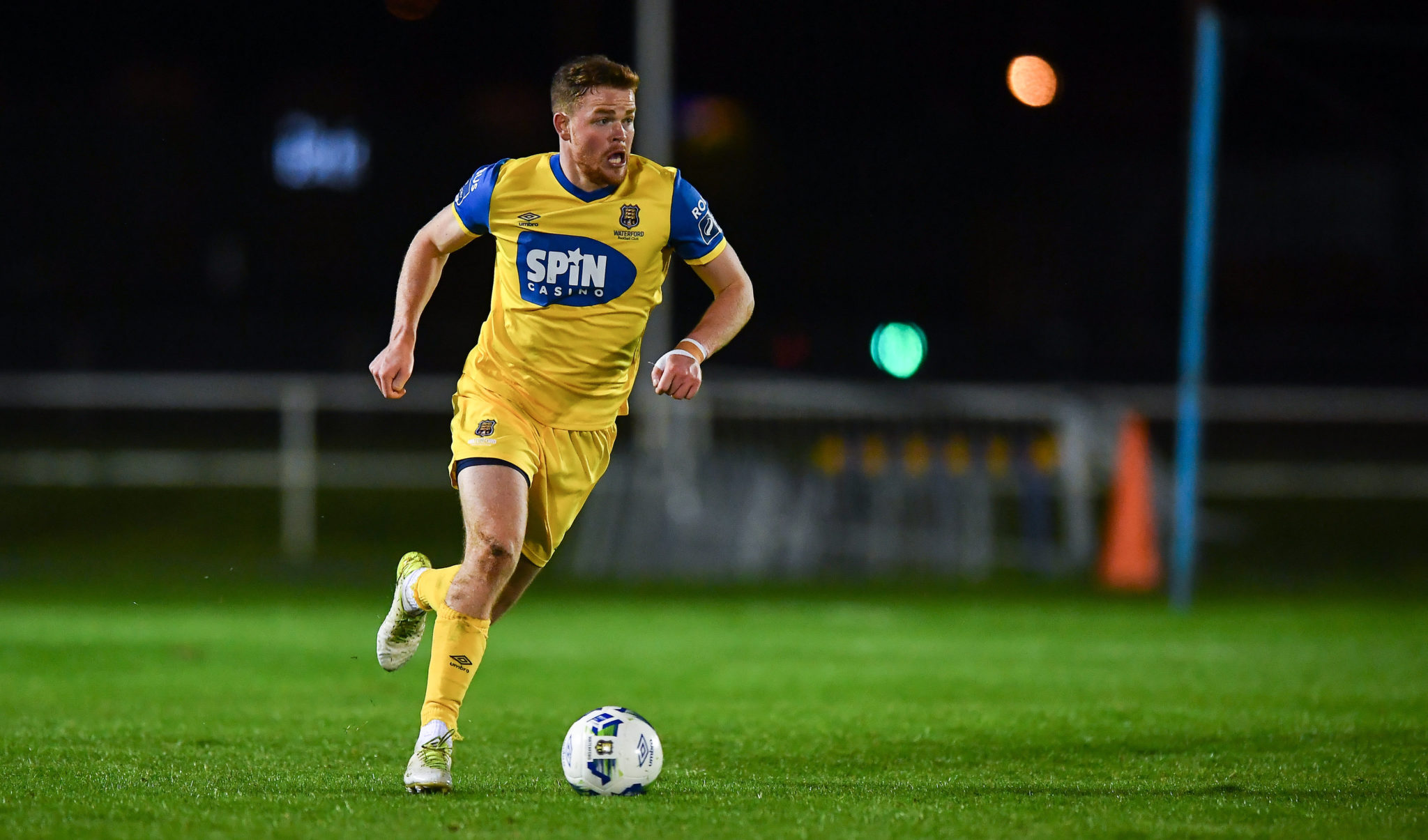 26 January 2020; Scott Allardice of Waterford during the Pre-Season Friendly match between Waterford and Shamrock Rovers at RSC in Waterford. Photo by David Fitzgerald/Sportsfile

Allardice arrived in the League of Ireland with Bohemian FC in 2019 and became affectionately known as the ‘Tartan Hammer’ around Dalymount. Although heading was never practiced specifically in training from his experience, he thinks it remains an important aspect of the game.

“Heading is an important part of the game especially when playing center-half or centre-midfield,” Allardice said.

“In the transition to a senior environment, it was massively important to be effective in the air particularly in a more physical league like the Scottish Championship.

“I feel a heading ban could take away a lot of originality within the game.

“It’s going to be hard for young lads coming through to then automatically be able to adapt and head the ball because it’s a big part of the senior game,” he explained.

"I would take heed of it and I’m very, very aware of it. I hope I’m okay but I hope players who played in my era are okay."

There have been growing calls from former Ireland players for the FAI to follow the lead of the Scottish, English and Northern Irish FAs.

Speaking to Off The Ball this week, both Kenny Cunningham and Gary Breen are in favour of the FAI introducing the heading ban.

“You’ve got to err on the side of caution undoubtedly when it comes to the younger players. So restricting their time with the ball in training sessions is certainly the way forward,” former Republic of Ireland captain Kenny Cunningham said.

“I think it’s a really positive move. I don’t think children should be doing it. I genuinely don’t. I’m aware of how cruel an illness it is in terms of what we’re seeing,” explained Gary Breen.

However, Allardice admitted that he and his teammates think all the information available should be examined before any decision is made by the FAI about implementing a heading ban.

They unconditionally support anything that will have long-term benefits in reducing head injuries, but also note it may close off pathways for players who have a more physical style of play.

“From discussing it all, we feel that it could change the whole landscape of the game,” he said.

“Some players may lose their way into the game, where physicality and heading is a massive part of an individual’s game. Your more old fashioned style strikers may not come through anymore.

“However, if it’s going to really reduce head injuries then it would be really beneficial in the long run,” Allardice concluded.

Irish fans have forgotten how to follow the live football experience