Liverpool midfielder has suffered what appears to be a serious ankle injury during their game against Leeds United at Elland Road.

Elliott had started the season in excellent form for Liverpool after breaking into their starting XI, despite being just 18 years of age.

After playing seven minutes in Liverpool's opening game of the season against Norwich, Elliott started in the win against Burnley, the draw against Chelsea and the game against Leeds at Elland Road. 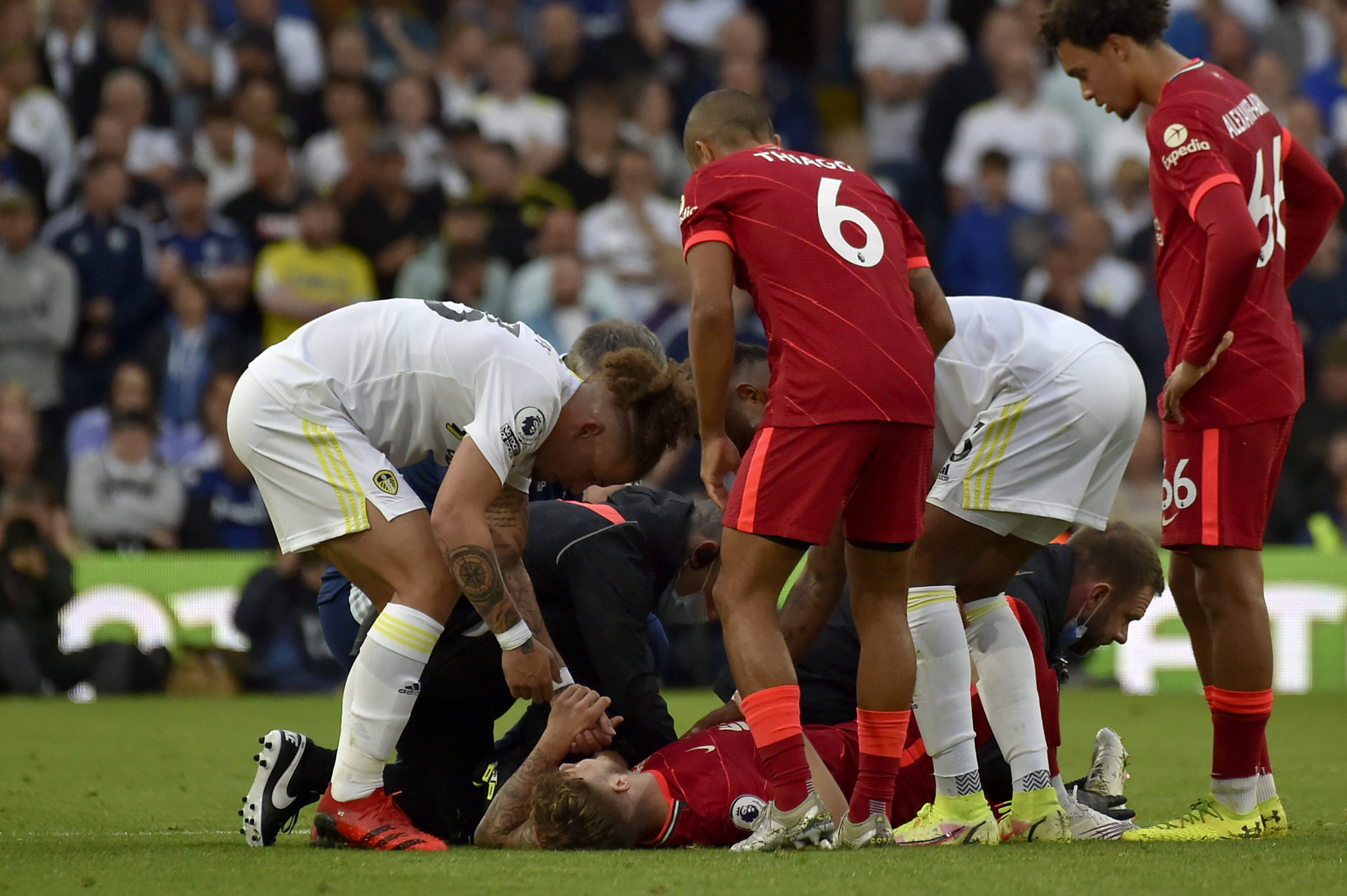 After an hour, Elliott was challenged by Leeds' Pascal Struijk, with the Dutch defender appearing to catch him with his trailing leg. Elliott's teammates immediately ran to console the young midfielder, with Sky Sports opting not to show a replay of the challenge that resulted in the injury.

Struijk received a red card for the challenge, with Twitter reacting to the injury, which will likely see one of the Premier League's brightest young talents out for a considerable amount of time.

Hope this is not as serious an injury to Harvey Elliott as it appears. Didn’t look a bad challenge or a red card in normal speed, but without replays it’s hard to be sure. Just a freak accident, I reckon.

That poor young lad. What a horrible, horrible moment for Harvey Elliott. The reaction of everyone around him at that moment told you everything that you needed to know. Dear, dear me.

Devastating for Harvey Elliott. The 18 year old making his third consecutive start for Liverpool but his health is the main concern now. Jurgen Klopp is furious and concerned.

Sickening injury to Harvey Elliott. Feel so sorry for the young lad. His career was only just getting started. Here’s hoping he makes a full recovery. #LEEvLIV

Can't believe it !! All the best Harvey Elliott, you'll be back very soon even stronger.#YNWA

Although the extent of the injury os not yet know, Elliott posed a message to fans on his Instagram account saying; "Thank you for the messages guys! Road to recovery. YNWA.”

Speaking after the game, Sky Sports' Jamie Redknapp expressed his sympathy for Elliott outlining that he feels sorry for the 18th year old following the injury.

"I feel for him. The recovery starts now, what I will say is there's plenty of players that have come back from horrendous injuries. Andre Gomes for example at Everton, people wondered if he'd ever play again.

"Fingers crossed that it's a straight forward break if that makes sense. There are some that can be a lot more complicated, you can be out for a lot longer. Fingers crossed he comes back better than ever because I feel so sorry for this young man."