Harry Kane will not be moving to Manchester City. Not this summer at least. The Tottenham striker...

Harry Kane will not be moving to Manchester City. Not this summer at least. The Tottenham striker wanted the move to the reigning Premier League champions, but did they really want him?

The transfer saga has come to a somewhat anti-climatic ending, with the Spurs man announcing on Twitter that he was so incredibly blown away by the support shown by the fans that he will remain at the club.. this summer.

"It was incredible to see the reception from the Spurs fans on Sunday and to read some of the messages of support I've had in the last few weeks," read Kane's post on Twitter on Wednesday.

"I will be staying at Tottenham this summer and will be 100% focused on helping the team achieve success."

How close did he actually come to leaving, though? Well, it seems he was a lot more keen than Man City were.

"Basically, the only official bid that we know went in was a deal that amounted to £75 million straight and then £25 million on top of that in extra deals", Independent's Miguel Delaney told Off The Ball.

It was incredible to see the reception from the Spurs fans on Sunday and to read some of the messages of support I've had in the last few weeks. 👏⚽

I will be staying at Tottenham this summer and will be 100% focused on helping the team achieve success. #COYS pic.twitter.com/uTN78tHlk1

"It's why there has always been this question as to how much [Manchester] City wanted Kane. Because it's not like they ever went out and said 'right, here's a serious offer to make you think.'"

"It was always them trying to get it done on their terms. It was never going to be on their terms. They're trying to sign a club hero on a six year contract, in summer where Daniel Levy couldn't afford to concede anymore ground considering the way the last few months had gone"

Despite his 23 goals and 14 assist last season alone, Delaney hypothesised that Pep Guardiola and City didn't want Kane as much as the striker wanted the move.

"My hunch would be and this is somewhat informed"

"They would have gladly have take Kane at the right price, but they didn't want him that much. Some of that comes down to the way both he and Manchester City play football."

Kane's new boss at the club, Nuno Espirito Santo, has had to take questions on his star man at every press conference since taking charge at the club and things were made even more difficult when the English skipper failed to turn up for pre-season fitness testing.

Espirito Santo - who has won both of his opening league games with the club - said that he is not worried about Kane's commitment going forward, now that the matter has been put to bed.

"Great news. Fantastic news," said Nuno ahead of their UEFA Europa Conference League match on Thursday. "I think since Harry joined us he has been working so this is what we value. His attitude in training has been excellent.

"It's finished, Harry is going to be with us. He is an option for tomorrow. It is great news for everybody. We are all very happy one of the best players in the world. Delighted to have one more option for the season ahead of us." 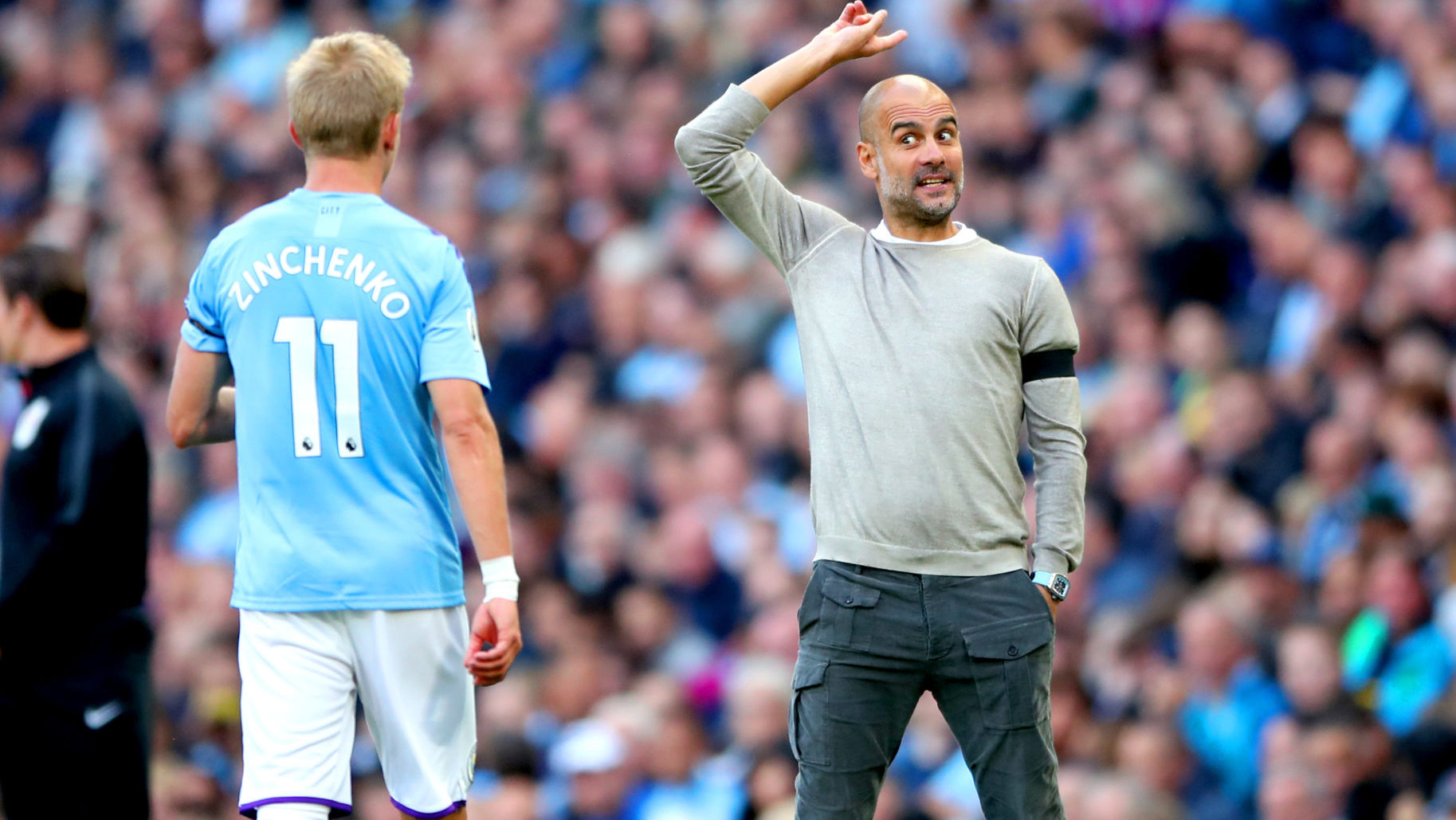 Manchester City manager Pep Guardiola (right) speaks to Oleksandr Zinchenko by the touchline during the Premier League match at the Etihad Stadium, Manchester.

While Kane has been undoubtedly one of the best strikers in the league over the course of his career, his style of play seemed to be of concern to Manchester City, as well as his age.

"He's a striker that really sees himself as a playmaker number 10. And, that's necessary for Spurs", Delaney said.

"But if he does that with City, suddenly he's getting in the way of Kevin De Bruyne, Jack Grealish and all these players. He's also not really where Guardiola wants his number nine striker to be, which is in the box finishing."

Delaney also believes that Kane's familiar early shooting, combined with his age and contract length would have played a role in Manchester City ultimately not forcing the issue.

"From what I'm told, they may have played a part into why City didn't go 'all in' on this signing in the way they have done with others."

All eyes will be on the Tottenham Hotspur Stadium for Thursday's second leg in the Europa Conference League play-off against Paços de Ferreira which will be the first time Kane faces a full stadium of Tottenham supporters since it emerged that he was angling for a move to City - who made no secret of their desire to sign him.