Five years after deciding to represent England over the Republic of Ireland, Jack Grealish finall...

Five years after deciding to represent England over the Republic of Ireland, Jack Grealish finally earned his first senior international cap against Denmark this September.

While the 25-year-old has had to bide his time to earn his four caps to date, his future as a starting player for England remains uncertain.

"The difficulty with him as a player is where he goes," footballer writer Daniel Harris explained of Grealish on Tuesday's OTB AM.

"It's not that people underestimate him – if you watch football you can see what Jack Grealish does. But how you fit Jack Grealish into a team is another thing."

"If you watch football you can see what Jack Grealish does... but how you fit him into a team is another thing"

Will England be best served by a midfield containing both Grealish and Phil Foden in the future? @DanielHarris isn't so sure | @GiletteUK #MadeOfWhatMatters pic.twitter.com/P7IT6Iofpn

At Aston Villa, Dean Smith has allowed the 25-year-old to do less defensive work so he can be ready to counter-attack with pace when his side are in possession.

While that has worked at Villa Park this season, it's not a trade-off Southgate is likely to allow with England, Harris said.

That then leaves Grealish the option to revert back to being in a midfield three for England.

However, even there Manchester City's Phil Foden may soon be above him in the pecking order.

"It would be difficult to balance a team with Grealish and Foden in it, so you might have to make a decision which one of them it's going to be," Harris explained.

"If they can find a way of getting Grealish into a three-man midfield, then I'm very sure that Grealish would be more than capable of doing that.

"The question then is if you think Grealish is better than Phil Foden. I'm not sure that's the case.

"I think Foden is going to be one of the best players in the world."

The conundrum of where to fit Jack Grealish into a balanced team, Harris added, was also at the forefront of minds at Manchester United this summer when they opted not to seriously pursue the Birmingham native.

"United looked at him as we know but went for Donny van de Beek in the end who was younger, faster, cheaper and proven in the Champions League.

"He was also someone whose off the field history was chequered, and he's at the age where you wondered if he hadn't resolved it now was he ever going to resolve it. So there was a bit of that and then there was also a bit of when I watch him play what is he? 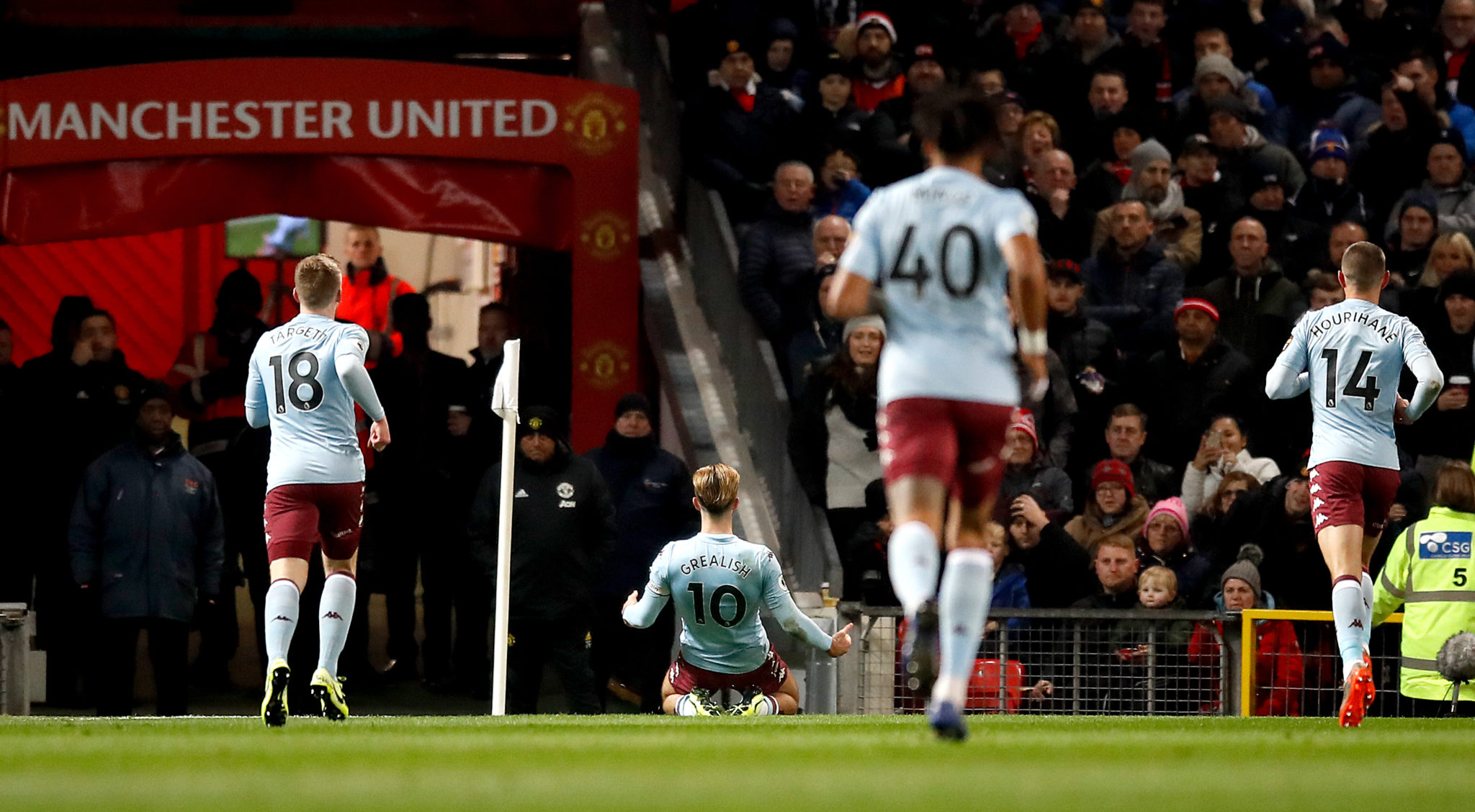 "He looks like someone who is an attacking midfielder but he's tending to play off the left at the moment. And if your team already has a good left-sided attacker, you don't necessarily want to buy Jack Grealish.

"So United have Marcus Rashford who plays in that area and they also have various other attackers.

"I can see why clubs would look twice at him even though we can see there are a lot of great things he can do.

"If he's an attacking midfielder player really, and all he actually needs is better players to play with, then you are looking at a very special talent.

"But if you are looking at a left winger then you are generally trying to find someone who will go on the inside, the outside and score more goals than he would."