Having played as a number 10 in the first half of his debut and in a deeper role in the second ha...

Having played as a number 10 in the first half of his debut and in a deeper role in the second half, it's safe to say Manchester United are not yet sure of Bruno Fernandes' best position.

The £47 million Portuguese international had played exclusively as an attacking midfielder for Sporting Lisbon recently – a position he got the majority of his 33 goals from last season.

Saying that his new signing "can do absolutely everything as a footballer", Ole Gunnar Solskjaer made it clear that Fernandes will be tested in a number of positions while he settles in.

Joining Tuesday's OTB AM, football writer Daniel Harris expressed his belief that Solskjaer had initially got Fernandes' position wrong in his 0-0 debut against Wolves.

"What they need to do is find the best way of using him," Harris explained, adding that Fernandes definitely had the quality to succeed at Old Trafford. 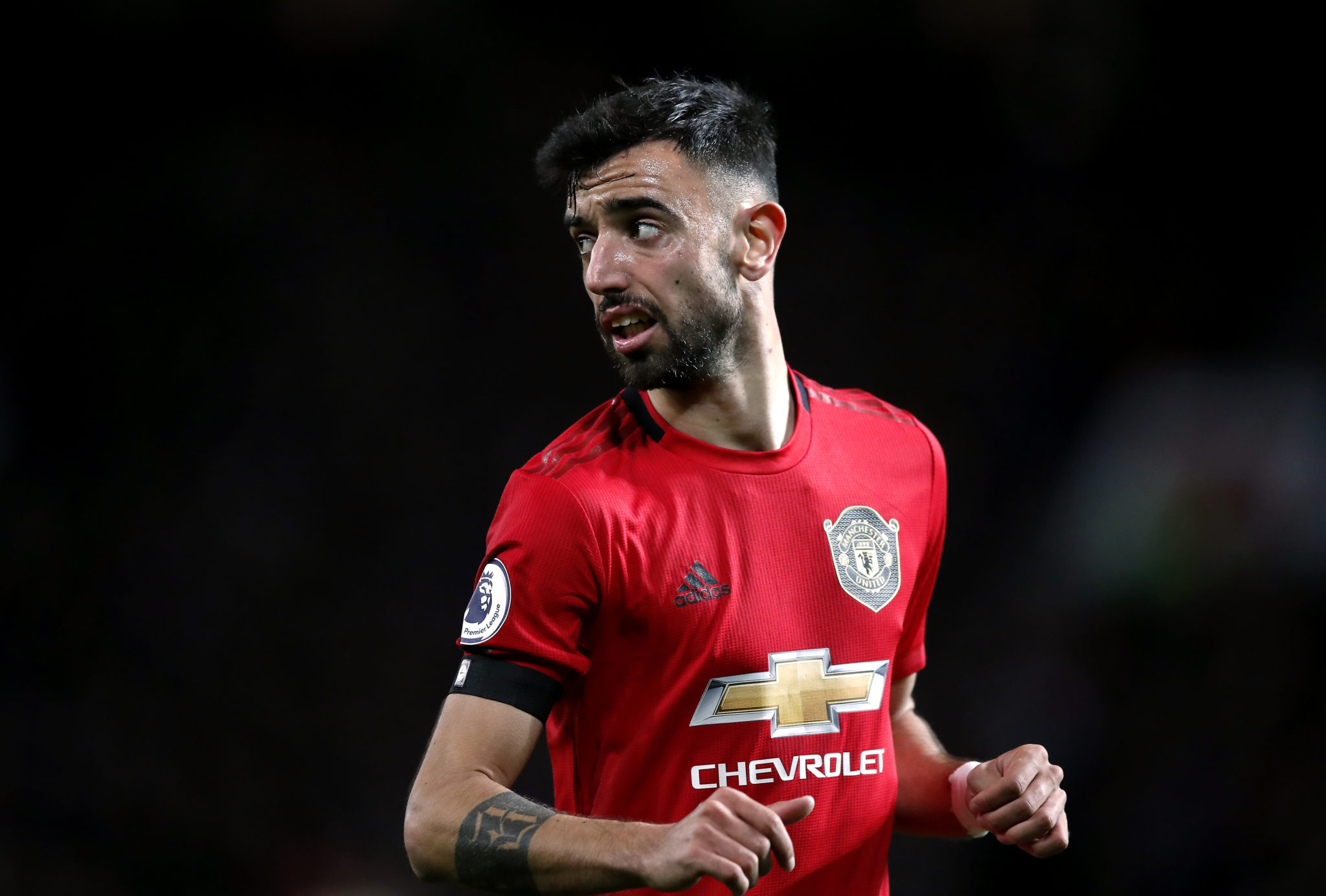 "I felt that Solskjaer got that wrong, in that he started in a more advanced position and looked like he was ready to influence the game but then in the second half he got moved further back and I think that was partly to cover for Andreas Periera who was not having a good game.

"It meant he got some of the ball but he didn't really get it in a position where he was able to affect the game."

What next for United's midfield recruitment

Prefacing that he did not want to rush to judgment on Fernandes, Harris suggested that his best position may not be as a traditional number 10, nor number 8.

"What United need with someone like him is you need a formation more akin to what Manchester City are than to what Solskjaer has often played, where you have one defensive midfielder, one box-to-box midfielder and one man behind the strikers, which is what he has been playing.

"The way that City have been doing it is where you have two attacking midfielders – I think De Bruyne once called himself a free 8 – and then you have someone running around kicking people like Fernandinho.

"So, I previously felt like McTominay was a box-to-box player that was working and then a passer behind him and then Bruno Fernandes playing as a number 10 but actually what I think now is that they might require is someone like McTominay doing what Fernandinho does: covering a lot of ground, protecting the back four and fouling people.

"Then you have two attackers who alternate, who have defensive responsibility but also have creative responsibility. Bruno Fernandes looks like he can do that, he most importantly has the will to run around a lot which someone like Paul Pogba doesn't have, but he also has the speed to be able to do it and the vision to be able to play passes around the box but also to come onto the ball from a bit deeper.

Noting that McTominay has big improvements to make before he is at the standard of a Fernandinho, Harris also theorised where United need to recruit next to truly build a formidable midfield unit.

"I think the player that I would be trying to sign now in midfield," Harris explained, "is someone to play not behind the strikers - not a number 10 like James Maddison – but someone with a bit more versatility, who can play a bit deeper, who can get a bit further forward, like Jack Grealish."