Manchester City manager Pep Guardiola did not hold back his admiration for Sergio Aguero after Ci...

Manchester City manager Pep Guardiola did not hold back his admiration for Sergio Aguero after City all but secured the Premier League with a 2-0 victory over Crystal Palace on Saturday.

Aguero got the first goal of the match in the 57th minute, after a shaky first half for the Sky Blues. Their victory was sealed a few minutes later, as Ferran Torres took them 2-0 up on the stroke of the hour mark.

The victory put City out to a favourable lead on the Premier League table, with only Manchester United versus Liverpool standing in the way of their title victory becoming official.

Speaking to BT Sports after the victory, Guardiola shared his love for the 32-year-old Argentinian.

"What a goal, what an action, what a player, what a man," Guardiola said. "We are going to enjoy the last games with him.

"He showed with his goal that he has been what he is. I am in love as a person, he is an incredible guy. Players with less quality than him are more uncomfortable [in front of goal] than huge players like him. What a goal." 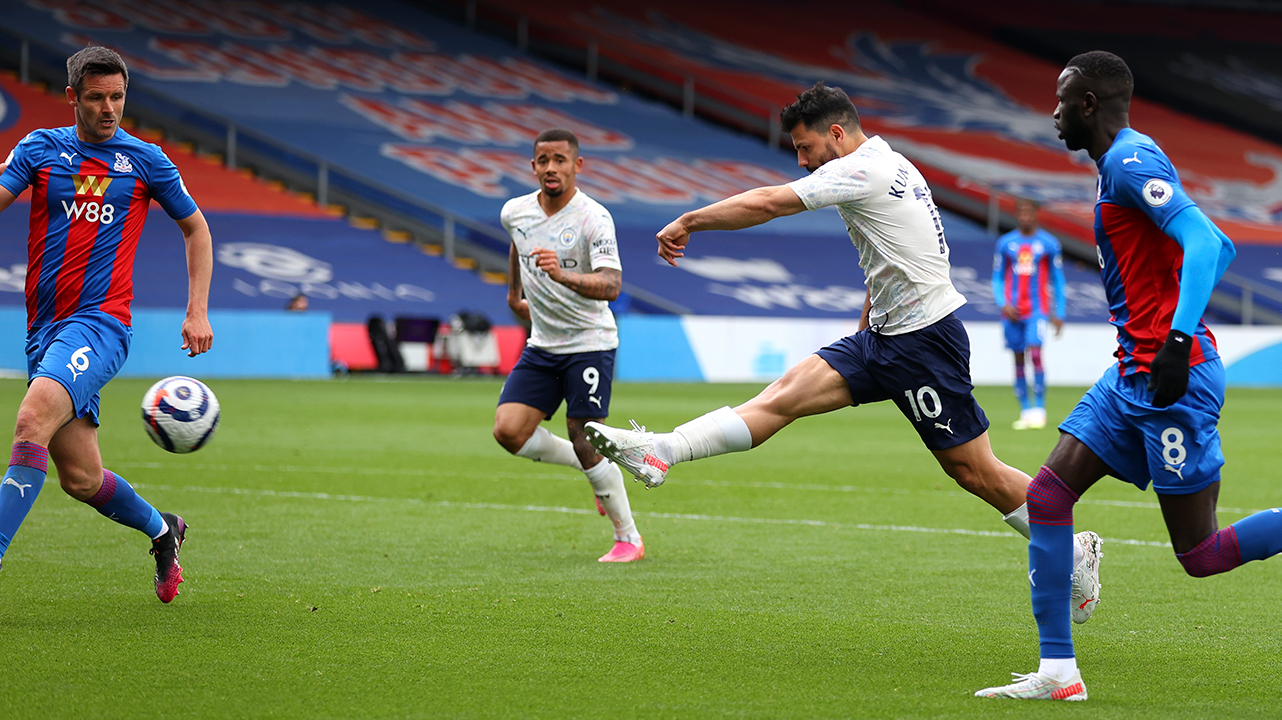 City came into the match with a number of changes to the side that beat Paris Saint Germain on Wednesday, and the unfamiliarity in the side was evident throughout the first half.

"The players that didn't play in Paris, they must speak on the grass and they did it perfectly," Guardiola said. "The first half it took some time, but in the second half we attacked them and after the that, the quality of the players made the difference.

"[In the first half] the players lacked rhythm, and the players that we had on the pitch [needed to] attack to the space and put space on the ball, with too much passes.

"In the first half we struggled, but that is normal [with the changes]."

While the premier League title is not completely secured just yet, Guardiola admitted that he is confident that he will be popping the champagne on Sunday night.

"The Premier League is already there, it is in our hands, so now we can can [focus on Tuesday] to give absolutely everything to reach the final."

'We struggled a little bit' | Guardiola on Palace stalemate