Over the next couple of weeks we will be asking you to choose the best moments at the AVIVA Stadium over the last ten years.

This morning we kicked things off with a Twitter poll that pitted Shane Long's goal against Germany up against the incredibly exciting FAI Cup final in 2019 between Shamrock Rovers and Dundalk.

Nathan Murphy joined Ger and Eoin on OTB AM earlier and laid bare the rules - as we decide the best soccer moment this week and rugby moment next week.

"We leave it up to the general public is how we whittle this down, I've got together an 8-moment shortlist - and there have been quite a number of memorable moments at the AVIVA Stadium over the last decade.

"We're going to have a couple of polls today, a couple tomorrow and into the semi-finals on Wednesday and Thursday, before we crown the greatest AVIVA Stadium football moment on Friday!"

Nathan pointed out that FAI Cup finals in particular have been consistently exciting over the last decade.

"Ten FAI Cup finals, seven went to extra-time, four of them have gone to penalties. The 2019 final was one of the most dramatic games I've been at, it had one of my favourite things - the completely unexpected goal.

"Shamrock Rovers versus Dundalk, [in the] last minute Rovers get a penalty and Aaron McEneff put them in front. And that's it, the game is done. 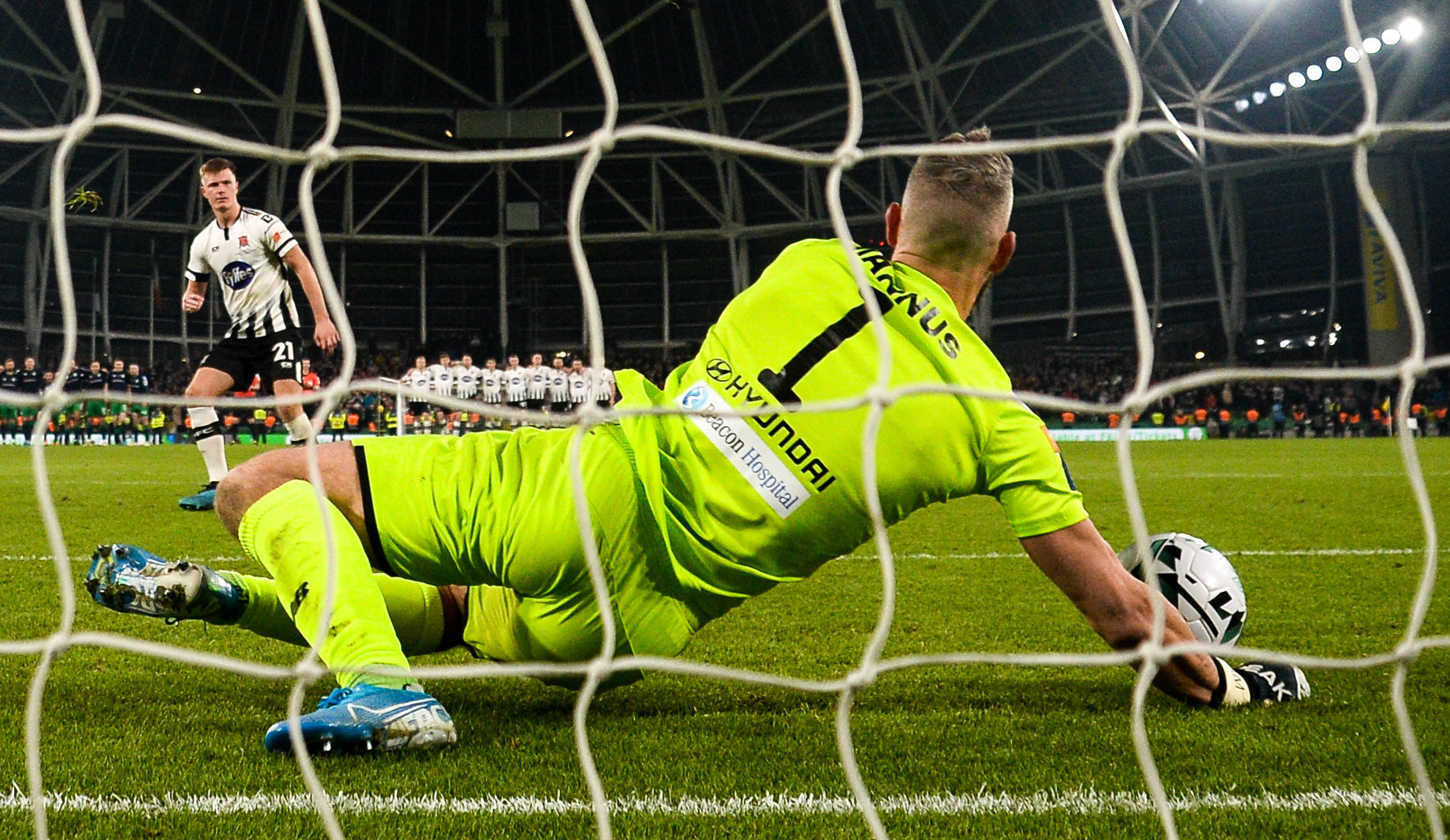 3 November 2019; Shamrock Rovers goalkeeper Alan Mannus celebrates after saving a penalty from Daniel Cleary of Dundalk during the extra.ie FAI Cup Final between Dundalk and Shamrock Rovers at the Aviva Stadium in Dublin. Photo by Stephen McCarthy/Sportsfile

"People are walking out of the stadium and Shamrock Rovers have ended their long wait to win an FAI Cup. And then out of absolutely nothing, 93rd minute, last kick of the game, Michael Duffy scores this absolute worldie volley for Dundalk to send it into extra-time and penalties.

"It will go down as one of the most memorable goals in Irish football history if Dundalk had managed to go on and win it!"

We all know what happened in the 70th minute against the World Cup holders Germany in Dublin 4 in October 2015 - and Nathan says Shane Long's goal is unquestionably one of the greatest moments ever in the AVIVA Stadium.

"Shane Long obviously was a moment that brought the nation together on Camden Street at four in the morning, and it's always going to be hard to match that."

Aviva's Greatest Moments | Walters vs Bosnia or Maguire vs Dundalk