Klinsmann: 'German players freaked out when Gazza scored that goal'

Jurgen Klinsmann has revealed that Germany's players took great joy watching Paul Gascoigne - no more so than when Gazza scored that goal against Scotland.

Eventual opponents in the semi-finals of Euro '96, Germany had no problem celebrating England's successes up to that point.

Twenty-five years after the last tournament that brought international competition to England before Euro 2020, Jurgen Klinsmann has some fond memories of that summer.

Captain of the German team that would go on to eventually win the tournament, the former Spurs striker has admitted that even they could not overlook the brilliance of Gazza. 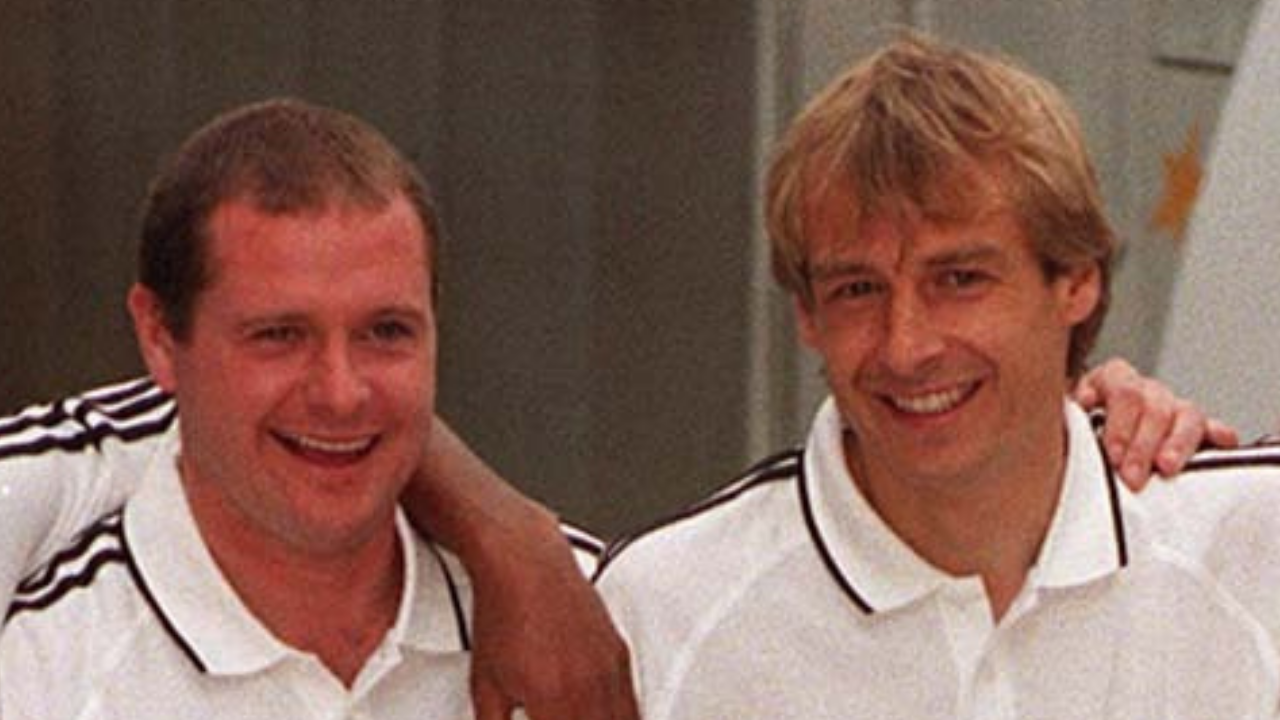 "We all watched that game," he explained to the Daily Mail of the German team sitting down to watch England's Euro '96 clash with Scotland.

"We were just freaking out when Gascoigne scored that goal. Wow. Honestly, there is no German player who is not a fan of Gazza.

"Then the celebration when Teddy (Sheringham) is squeezing the water bottle, it was fantastic. But that game, England versus Scotland, it is one of the most intense experiences you can have as a neutral.

"It's like the Boca Juniors-River Plate derby. I went to that game and thought, "I might never get out of this stadium!". The whole place was shaking. 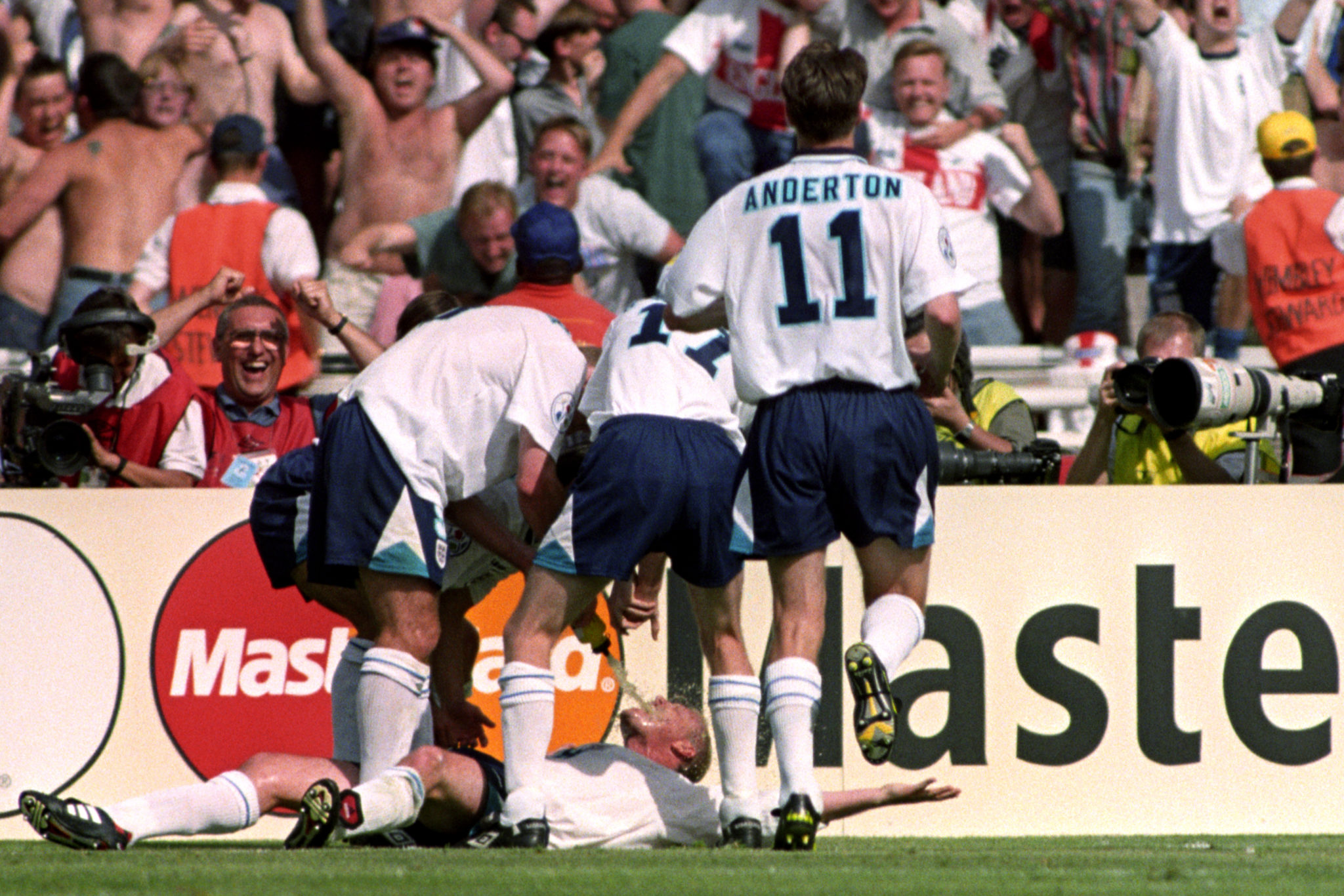 Paul Gascoigne is swamped by England teammates after scoring their second goal in the Euro 96 clash against Scotland, at Wembley | PA Images

A game made unforgettable by Gascoigne's rounding of Colin Hendry and volleyed finish to give England a 2-0 win against their oldest rivals, Klinsmann retains those positive memories.

"I was always a big admirer of Gazza," he admits, "because he was a free spirit, he still is. When he was on the field, he was an artist. It's like Maradona, he always said he was an artist. Gazza is the same.

"You never knew what he would do next, and neither did he! A wonderful chap, a wonderful player."