Gary Neville has created a WhatsApp group of Premier League pundits in light of the recent attemp...

Gary Neville has created a WhatsApp group of Premier League pundits in light of the recent attempt made by six English clubs to join a breakaway competition.

Although the Super League idea came and went quicker than anyone would have imagined, Gary Neville is now determined to create a united front across football punditry and stop it ever happening again.

It is claimed that the Sky Sports pundit has reached out to contemporaries at the rival BT Sport broadcaster to ensure that all willing football pundits are on the same page. 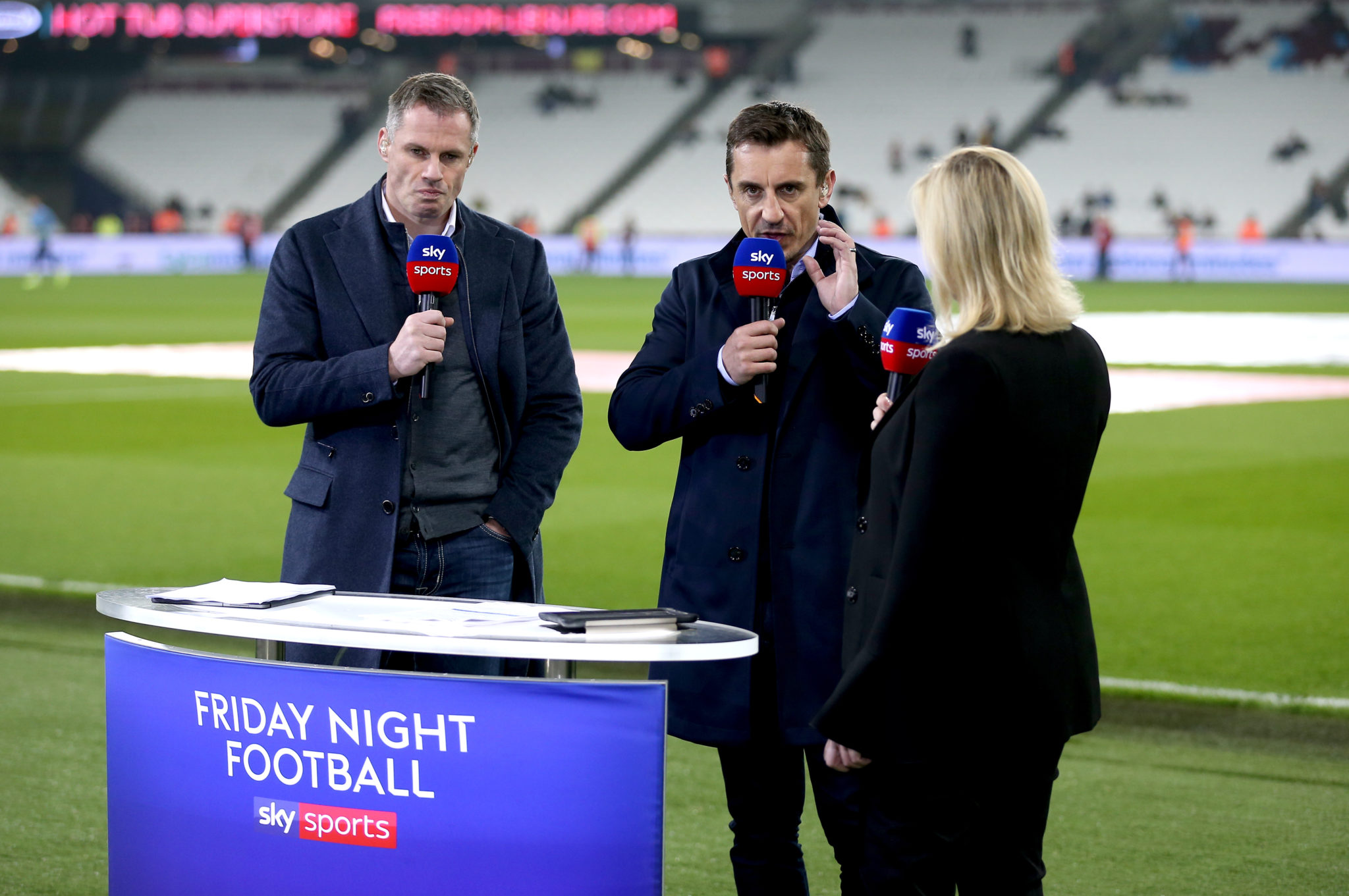 One of the most outspoken voices against a Super League breakaway when news of it broke last month, Neville is believed to be working on being better prepared should clubs try something similar in the future.

According to reports in the Daily Mail, the former Manchester United captain has set up a WhatsApp group consisting of the UK's most prominent football pundits.

Furthermore, it is believed that they have already held at least one group call on which their aims as a collective were outlined and have another planned for Tuesday.

It is reported that Jamie Carragher, Steve McManaman, Rio Ferdinand, Gary Lineker and Jake Humphrey are among those Neville has included in the group.

'Sky Sports are apparently the moral guardians of the game... Gary Neville is Mother Teresa!' 😂

In the aftermath of this failed breakaway by six Premier League clubs and six of their high-profile European contemporaries, some were a little surprised at the 'shock and horror' of pundits like Neville on subscription-based channels.

"Football invited the capitalists in a long time ago," reasoned Tom English of the BBC on OTB AM. "The hypocrisy is breathtaking.

"Sky Sports are now apparently the moral guardians of the game and Gary Neville is Mother Teresa. Sky Sports opened the door to all of this when they sparked a breakaway and shafted the old Football League in the process.

"I think Gary Neville is a fantastic pundit and I love watching him talk about football, but he is being lauded as a man of the people of the people here pontificating on a subscription-only channel that played a big part in creating the culture he's railing against."