Gary Neville has been speaking candidly about the reservations he felt ahead of his 2011 debut on Sky Sports' Monday Night Football.

"People were very doubtful about 'Mr. Manchester United' being able to come on to Sky Sports and be neutral and be fair to all the other different teams that I've obviously disliked over the years... There was a wave of opinion and doubt against me", said Neville.

The 45-year-old was speaking to his colleague Patrick Davison on Off Script where they reflected on Neville's humble beginnings as a Sky Sports pundit.

Initially approached to join the media giant a year before his retirement, United manager Alex Ferguson and club chief executive David Gill convinced their right-back to delay starting his full-time punditry career. This suited Neville as he had a clear Sky Sports path set in his mind. 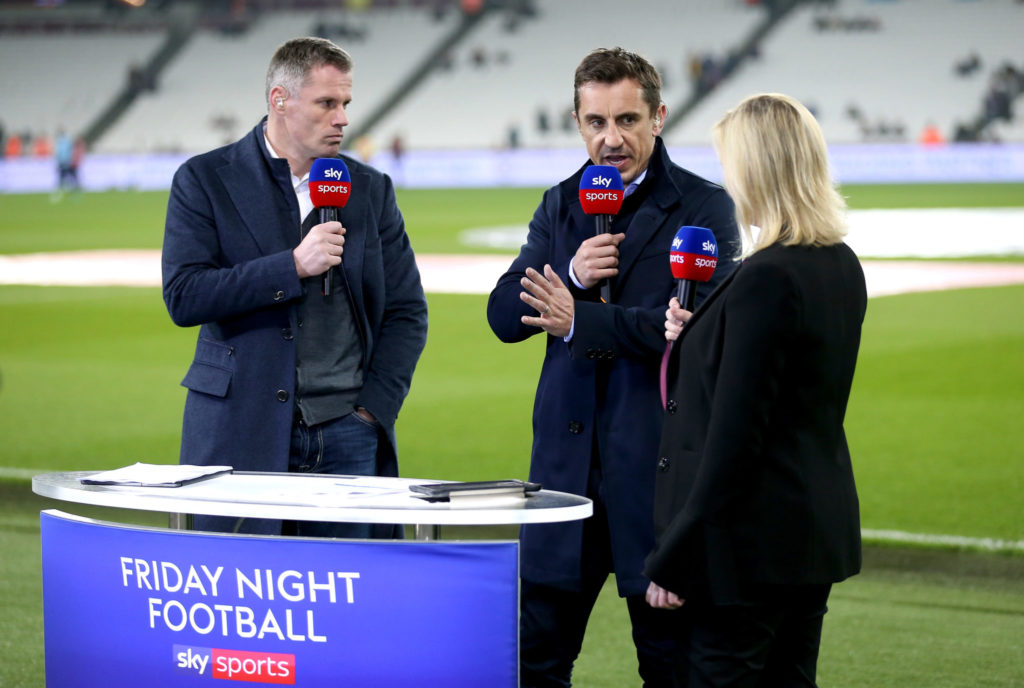 Sky Sports Pundit's Jamie Carragher (left) Gary Neville and Kelly Cates commentate on the match prior to the beginning of the Premier League match at London Stadium.

"I originally planned to come in and support them [Richard Key and Andy Gray] along with the other pundits; Jamie Redknapp, Graeme Souness and others.

"But when they [Keys and Gray] left, there was a void at Sky in respect of presentation and punditry and it was partway through that summer [2011] that Andy Melvin and Barney Francis - the head of Sky Sports and deputy head of Sky Sports - called me into their office and said they wanted me to do Monday Night Football."

What about Neville's instinct reaction? "I said, 'no'". Asked to elaborate by Davison, the eight-time Premier League champion said, "It wasn't sensible. Richard and Andy had such a huge impact on that show, it was their show [MNF] and it was almost like coming in and following Sir Alex Ferguson... almost doomed!

"I felt like others should do it and I should have a year to make my name in punditry."

Neville was afforded no such luxury, however, with Melvin insisting that his latest recruit co-front the new-look MNF with the former Sky presenter, Ed Chamberlin. The duo's first game was Manchester City's hosting of newly-promoted Swansea City in an encounter which saw Sergio Agüero score twice on his City bow.

"They sent one of the MNF analysis screens to my house about three weeks before the start of the season and I had a couple of weeks with it. But I had huge doubts and didn't really want to do it." 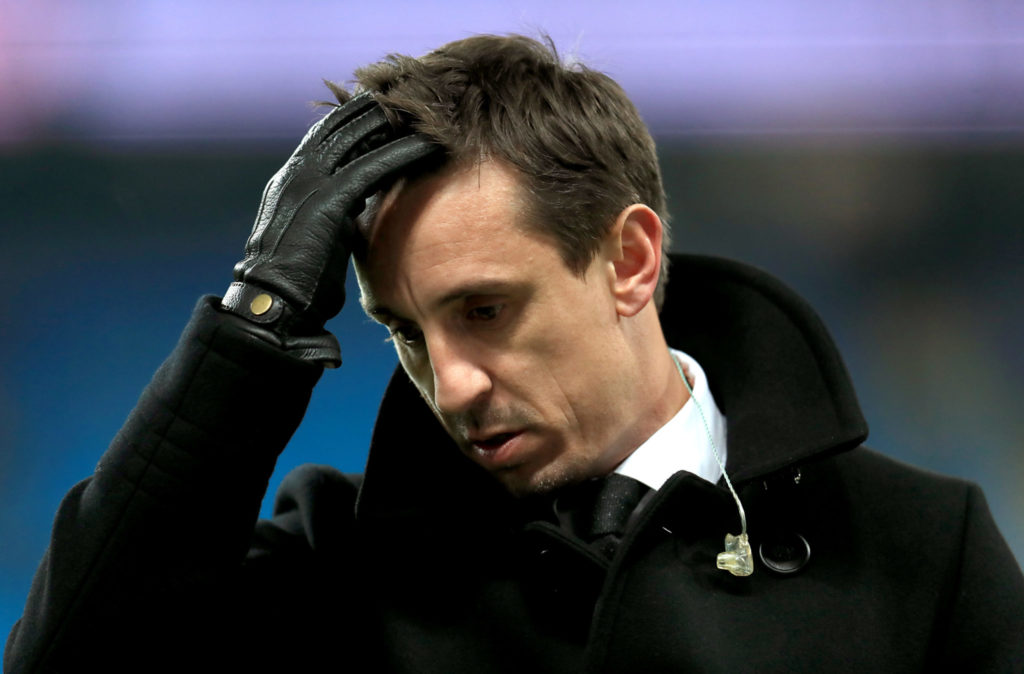 Former footballer Gary Neville ahead of the match

These days, Neville, along with fellow pundit Jamie Carragher and presenter David Jones, are widely perceived to be at the forefront of the modern game's cutting edge analysis on MNF. Neville can share these duties with Carragher nowadays, but it was a wholly different scenario before the ex-Liverpool stalwart joined.

"The show is so demanding; it's four hours. You're there from nine in the morning through 'til half 11 at night. I always felt like Tuesday I had a massive hangover in the first few years of Monday Night Football! It took so much out of you from a mental point-of-view.

"Now, it's very different with Jamie Carragher in there so you've got someone to come off but at the very beginning... I was having to field every question for four hours apart from when the game was on. It was just completely consuming".

When queried about his early fashion choices on MNF, Neville was wonderfully honest. "Sky really tried to work with me. I remember the lady who worked in that department trying to take me to shops in London to try and get the right outfits", said Neville.

"I actually kept for five years her text to me the day after the first show and she said, 'Gary, can I please ask that you don't wear a light grey suit again and that you stick to quite dark suits?!' It was horrific, that suit!

"It started to look like I had been dragged through a hedge by about 10 o'clock that night."