Former Republic of Ireland international Gary Breen shared memories of his sporting hero Paul McGrath and explained why he will never watch back that famous USA '94 victory again.

With a career in the Premier League behind him and over 60 international caps to his name, Gary Breen has lost none of his awe for the player he grew up wanting to emulate.

"Paul McGrath was my hero," he recalled in conversation with OTB Sports, "but there was no way I could ever model myself on him. He was a giant of a centre-half."

A legendary figure of Irish sport, McGrath was rightly considered one of the world's very best in his position. Ireland teammates at the tail-end of McGrath's career, Breen's admiration for the star of so many major occasions in Irish football history has not dimmed.

"I know that he was magnificent, but in my mind now he is about 10ft tall, he's blocked about 30 shots on the line and it has just been this unbelievable performance." 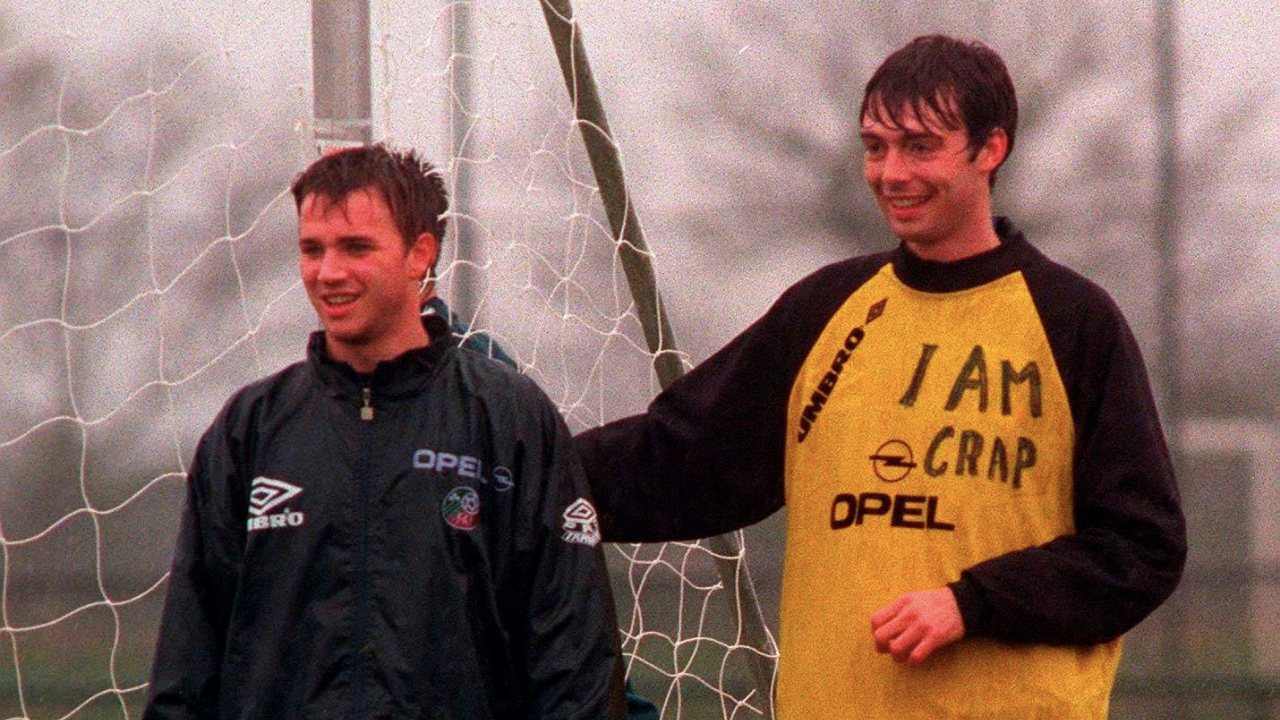 A 21-year-old at Gillingham when Jack Charlton's side came out on top of the Italians, two years later he would be earning his first cap as an Irish international and a chance to play alongside his heroes.

"I was a nervous wreck when I met all of that generation," he remembered of his early sessions within the set-up, "I think I was voted worst trainer. It was so difficult for me to detach from the fact that these guys were my heroes.

"The first time I met Paul McGrath though, I was still an U18 player and I'd been called up to the U21 squad. I was in my hotel room and there was a knock at the door.

"I looked through the spy-hole in the door and it was Paul McGrath. I didn't know what was going on and I just sheepishly opened the door.

"Paul goes to me, 'Sorry Gary to disturb you,' he was so polite, 'but would you mind if I have your long-sleeved #5 shirt?'

"He offered me his short-sleeved one and I was so cheeky, I said, 'Yeah, you can have it Paul as long as you sign it for me.' He signed it and that is still the best shirt I've ever gotten.

"That still has pride of place for me, Paul McGrath's signed Ireland shirt."

An incredibly talented footballer, Paul McGrath remains one of only a handful of defenders to be named PFA Players' Player of the Year for his performances with Aston Villa - while in his early 30s - in the 1992/93 season.

"Even when he was coming toward the end of his career and he went to Derby County," revealed Breen, "one of my good friends who was there Christian Daily told me that he still hadn't seen Paul give the ball away in weeks.

"I remember Shay Given telling me once that he knocked a goal kick out to about the half-way line and Paul McGrath headed it straight back into Shay's hands without bouncing. He was an unbelievable player."

In his attempts to find a modern comparison, there was only one player that came to mind for Breen.

"You are probably talking about someone like Virgil van Dijk," he reasoned, "in terms of his physical presence and athletic ability, then yeah.

"Yet, he could perform as well as he did not only as a centre-back but also in centre-midfield with knees that were completely shot. He was an incredible footballer.

"I'd argue to this day with anyone that he is probably one of the best centre-halves we've ever seen. That's not just in Ireland, that's in the world."