After taking four points from their opening two games in the 2010/11 Champions League group stages, Tottenham Hotspur looked set to be on the wrong end of a roasting when they traveled to Milan in mid-October.

With Rafa Benitez now in charge of the team Jose Mourinho had triumphed with in this competition a few months earlier, Inter Milan took all of 35 minutes to score 4 goals in the first-half of this encounter.

Down to 10 men after 10 minutes when 'keeper Heurelho Gomes brought down Jonathan Biabiany in the penalty area, across the next 45-minutes and the return leg in London, a 21-year-old Gareth Bale demonstrated something of the player he was about to become.

"What he did when we were 4-0 down," Harry Redknapp fondly remembers a decade on, "to get a hat-trick out in Milan and absolutely destroy Maicon."

Although Spurs lost 4-3 on the night, Bale could at least claim the game ball. Furthermore, his performance suggested that things may be somewhat different in two weeks time.

Yet, after seeing first-hand what the Welsh winger could do, Redknapp admits now that he expected the Italians to give the 21-year-old a far rougher ride second time around.

In the end, things didn't quite pan out that way. 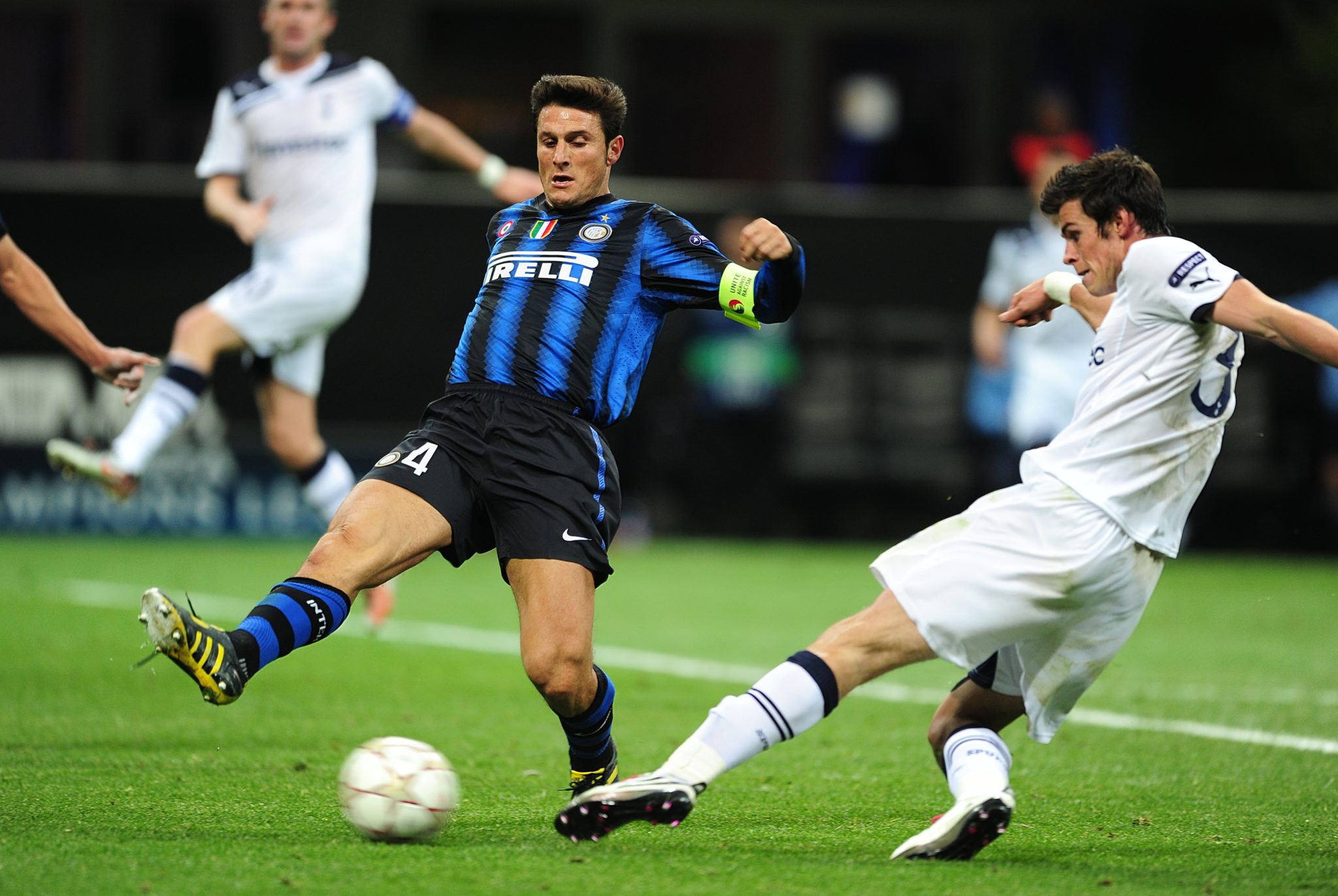 "He destroyed Maicon, home and away," recalls Redknapp, speaking at the OTB Sports Cadbury FC Roadshow. "Both games, he absolutely murdered him. I was certain that for the second game in London, Rafa Benitez would shut off that right-hand side.

"I thought he might put another full-back in front of Maicon and just make sure that we couldn't get the proper service out to Gareth. I was certain that they would fill up that side of the pitch.

"But no, Inter played with this very, very narrow diamond and nobody was out there on Gareth. It was two-on-one all night and I almost felt sorry for Maicon. It was as if Benitez didn't like him and hung him out to dry.

"He was left out there to get roasted. I couldn't believe how they set up for that game. Gareth almost ruined the lad's career." 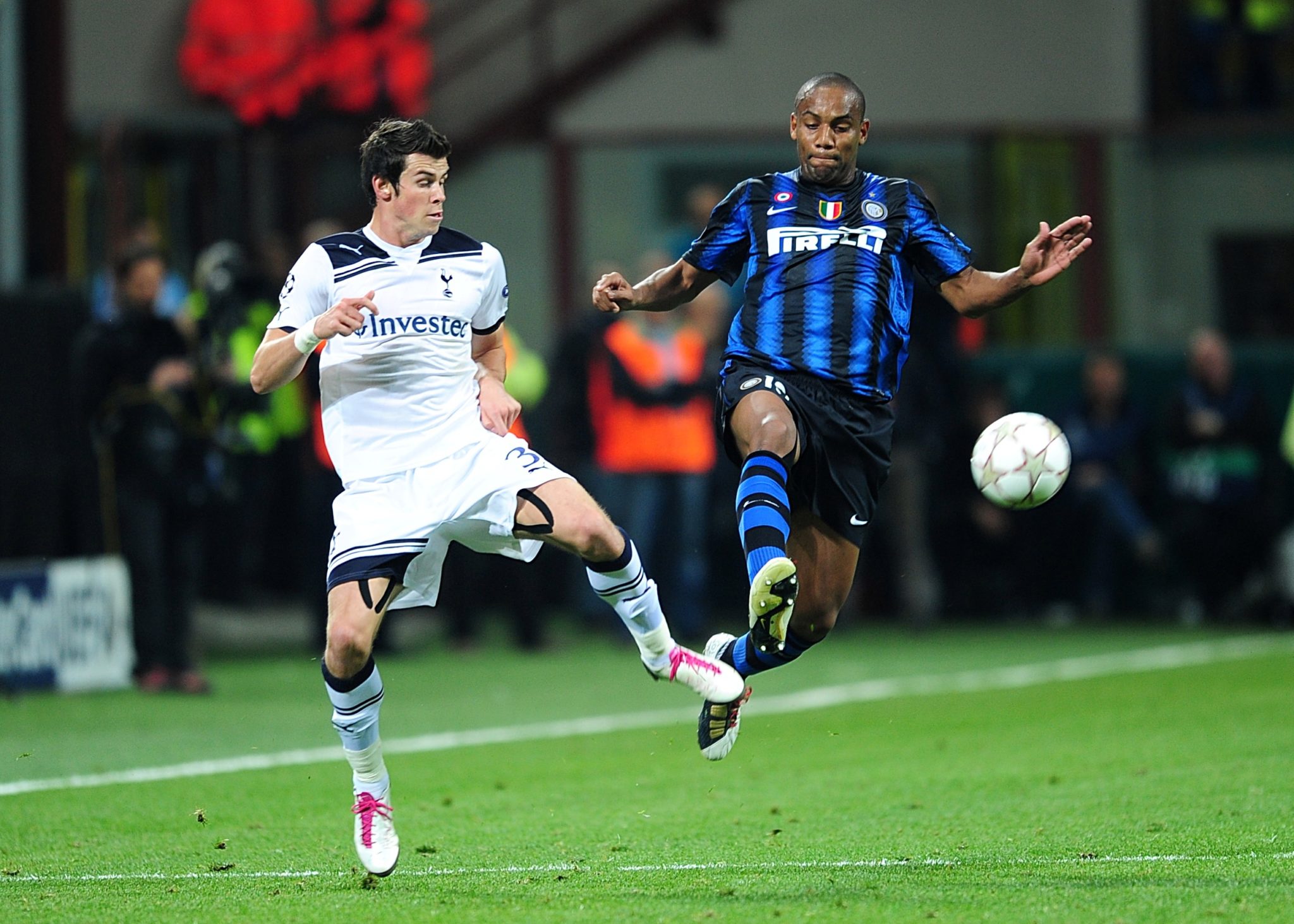 Although not among the scorers at White Hart Lane, Bale was instrumental in guiding Spurs to a 3-1 defeat of the reigning European champions on their way to topping the group.

Getting the better of AC Milan in the round-of-16, Spurs' Champions League journey came to an end against Real Madrid - the club Bale would join a few years later and enjoy multiples European successes with.

"I remember going to watch Tottenham play when I was still manager of Portsmouth," Redknapp explains, a young Bale having recently moved to the North London club from Southampton. "I was there with Joe Jordan to watch them play Fulham.

"Gareth was playing left-wing back that day and he was just fantastic. They didn't win though. I think they were leading 4-2 and it ended up 4-4 or whatever. He just couldn't get in a winning team those days and I remember even Alex Ferguson telling me he wouldn't play him.

"When I went to Spurs then, I think his confidence was pretty low at that stage. People hung that on him about not being on a winning team. But look, I knew he was a talent and once we pushed him forward, he became one of the best in the world." 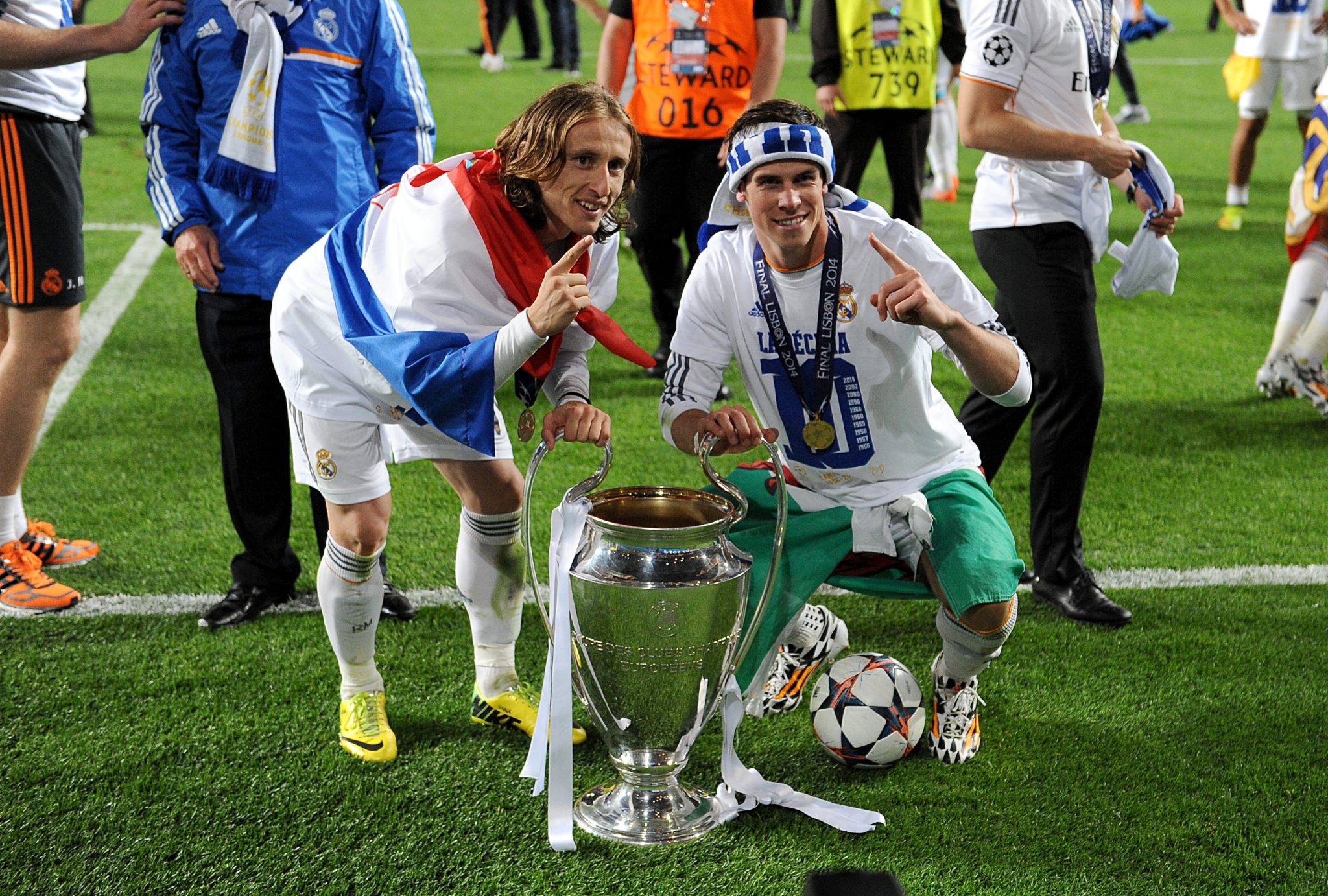 From London to Madrid, Gareth Bale joined the Spanish giants in the summer of 2013 for a world-record transfer fee.

Alongside Harry Redknapp on this OTB Roadshow, another Spurs legend in Glenn Hoddle recalled his fears for the Welshman and whether he had the mentality to thrive in such circumstances.

"I only met Gareth again the other day since he's been back," Hoddle explains, "and he seemed quite nervous.

"My worry when he went to Madrid - and I think his talent was always going to be good enough - was whether he could live with having Cristiano Ronaldo in his team and that whole Real Madrid factor. Was he going to settle in and embrace the culture?

"I thought that might stop him being successful but, no, he was fantastic. Look at the stats for Gareth at Madrid and they are out of this world.

"I'm still scratching my head why it went so wrong in the end between himself and Zidane at Madrid."

The conclusion of Bale's time in Spain similarly confuses Redknapp.

"We'd had a fortnight with no game in-between," Redknapp remembers of those two Champions League games with Inter Milan and Bale's simple lifestyle, "and I'd told him to go and have a break, go away for five or six days and relax.

"He just went home to his parents in Wales. There was no going off to Ibiza or anything like that. It was never his game."

Keep an eye on OTBSports.com and all of our social channels for more from Harry Redknapp and Glenn Hoddle at the OTB Cadbury FC Roadshow

Jose Mourinho | "It is very premature to think about the table"