Fulham boss Scott Parker does not think Antonee Robinson's red card will change how aggressive his side is after Fulham 1-0 loss to Chelsea on Saturday.

Frank Lampard's Chelsea took home a much needed victory over Fulham, however it was not without it's drama, as Antonee Robinson was shown red for a reckless challenge on Cesar Azpilicueta shortly before half time.

Fulham boss Scott Parker felt his side were unfortunate to come away with nothing after putting up a good fight against Chelsea having been reduced to ten men. pic.twitter.com/y4IiWQvLv7

Speaking to Sky Sports after the match, Parker suggested that the red card was a turning point that ultimately cost his side against a stronger side.

"I have nothing but admiration for my team of players," Parker said. "To go up against a team with the quality of Chelsea and to show the commitment and the way we played at times under difficult circumstances was pretty remarkable.

"Against Chelsea, when you are us, you are relying on maybe a couple of chances here and there, and they have got to go in.

"And then, with the sending off, down to 10 men it was difficult for us." 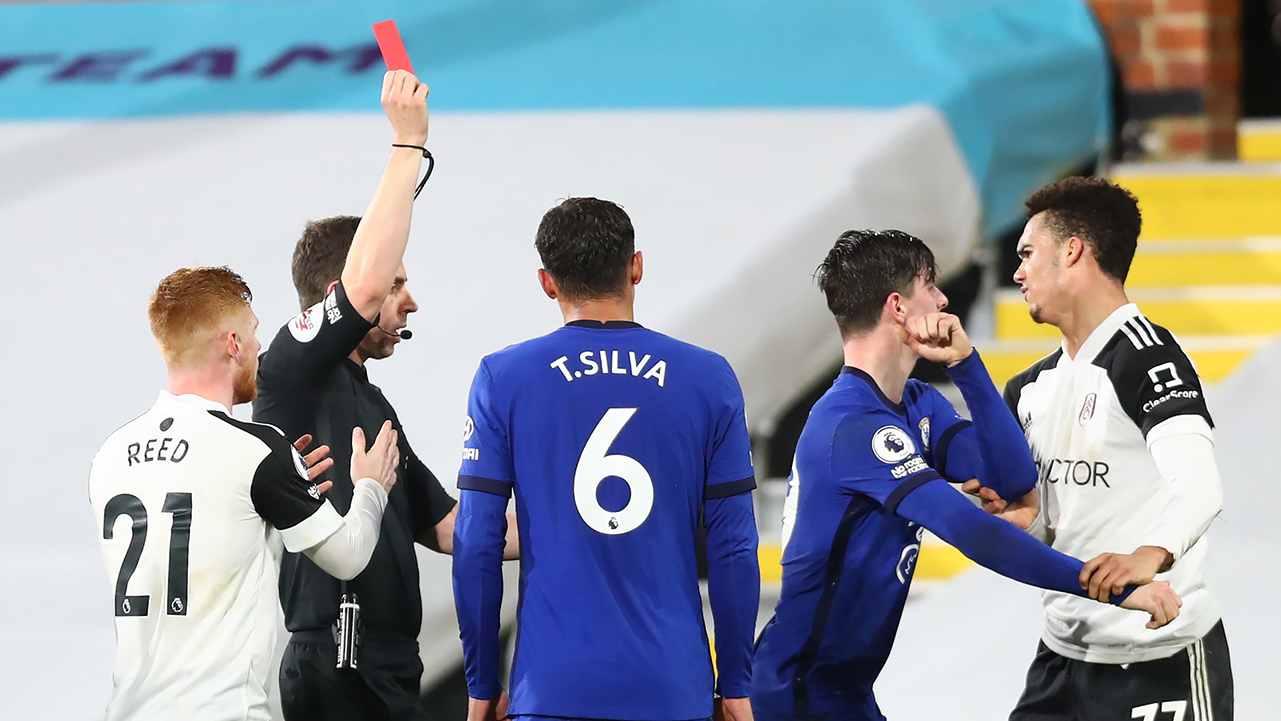 Fulham will continue to be aggressive

While he acknowledged that he had not seen the replay of the incident yet, Parker did say that in real time, he did not believe that the Robinson's foul was a red card offence.

"I have not seen it back, but real time I didn't think it [was red]," Parker said. "Again, you have got the facility of slowing things down, it is probably always going to look a bit worse, but I am not sure."

The red card ultimately changed the game, as Fulham looked to be well into the match for the majority of the game before the extra man ultimately led to Chelsea taking advantage and the win.

"If it was a reckless tackle then there is that balance, and that is what he needs to learn from."

Parker said that the red card will not change how aggressive he wants his players to be, as he sees that aggression as a form of competitiveness within his side.

"Do I want to knock that out of us? No, because I want us to be competitive and we are going to need to be," Parker said.

"Obviously, there are fine margins, and sometimes you cross that line. If that is the case, then maybe he has crossed it today."