"He was like two players" | The brilliance of Franz Beckenbauer

In the process of selecting a Rest of the World XI made up of players he has played against, former Republic of Ireland international John Giles singled out German legend Franz Beckenbauer for praise on Thursday's Off The Ball.

Throughout his storied career, Franz Beckenbauer's legacy stretches beyond the competitions that he won. It can be worth revisiting all these trophies for scale, nevertheless.

A World Cup and European Championships winner with West Germany, he would later manage his country to further international success at Italia '90. One of Bayern Munich's most decorated players, his four Bundesliga titles were complimented by three successive European Cup triumphs in the mid-1970s.

Throw in a host of other medals won here or there and another Bundesliga title with Hamburg in 1982, and it truly is one of the most remarkable careers in football. Such things, however, would never guarantee one a place in any John Giles' XI. It was precisely what Beckbenbauer did on the pitch that sets him apart to this day.

"It has to be Franz Beckenbauer," acknowledged Giles of the other German who will sit alongside his compatriot Berti Vogts in the back-line. "What a player, what a player." 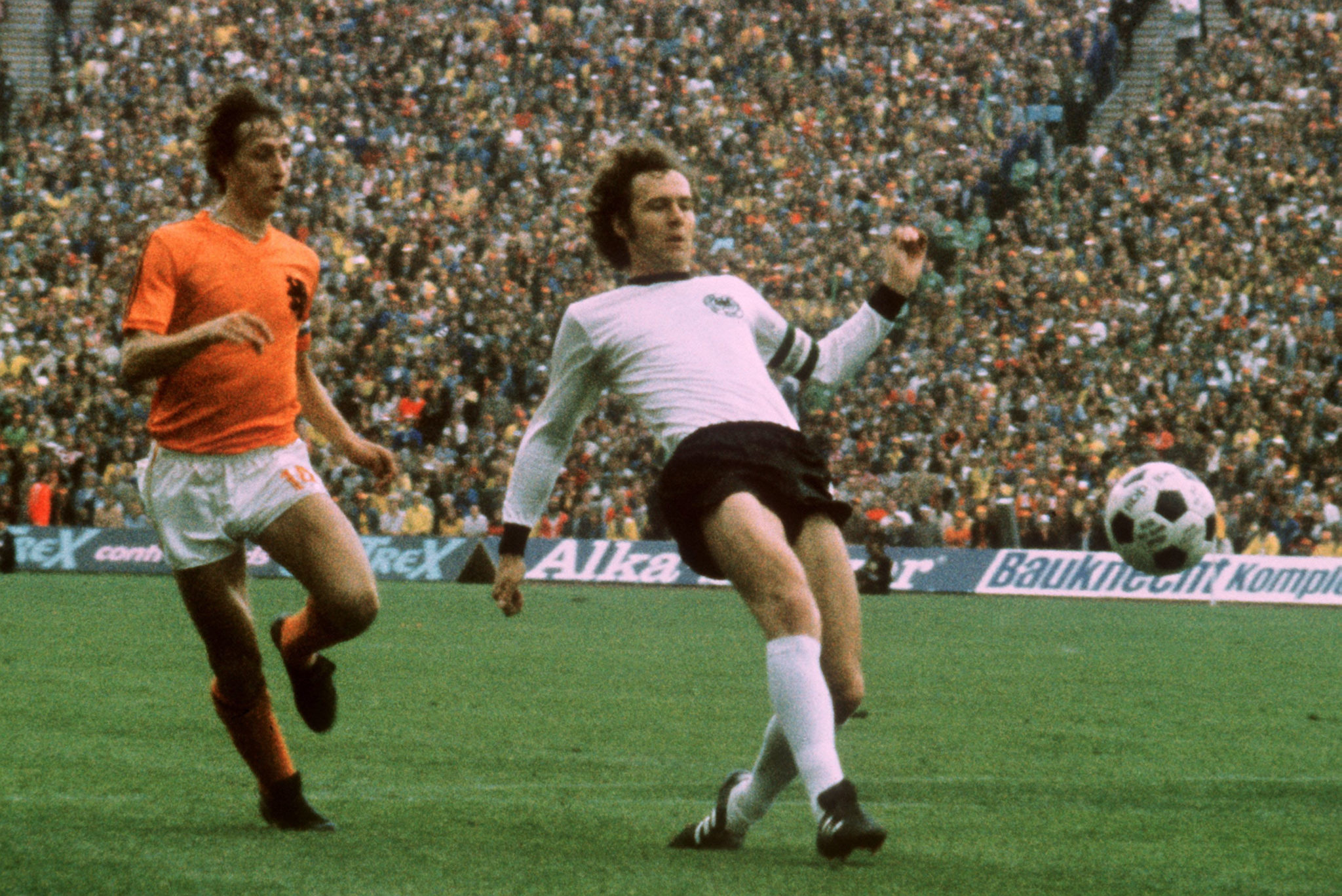 Infamously, Giles' Leeds United met Beckenbauer's Bayern Munich in the 1975 European Cup final. A game that somewhat controversially went the way of the German club, the Irish midfielder wasn't giving much thought over to that here.

"He started off as a midfield player as most people would know," recalled Giles, "and then he dropped into the back and he was just unbelievable.

"People always asked me about how he had so much room when we got on the ball. "Why don't you get in and get stuck into him?" But he was like all the great players, he gave you two choices: a bad one and a terrible one.

One of the outstanding players of the 20th century, Giles explored in greater detail what it was like trying to play against him.

"He was quick as lightening," he explained. "He didn't look it because he would just sort of be jogging around but it was almost as if he was two players.

"When he had to defend he was excellent, but when he had a chance to come forward he was like a midfield player.

"I don't ever remember him losing the ball. So, he could distribute the ball and then just drop back into defence. Honestly, he was absolutely brilliant."

10 players to watch in the Bundesliga this week