A photograph of Frank Lampard's list of internal fines for Chelsea players has been leaked online revealing the system of discipline he has implemented at the club.

Lampard is in his first season as manager of Chelsea having brought Derby to the Championship play-off final in his debut managerial season last year.

The photograph of the internal rules for the 2019-20 season was posted on reddit, with each rule listing a corresponding charge for when they are breached.

A player showing up late for training carries a penalty of £20,000, while being late for a team meeting will cost a player £500 for every minute they are late.

Other fines include a maximum of £10,000 for not reporting illness or injury before a day off or 90 minutes ahead of training, and £5,000 for not partaking in corporate or community duties.

The framed list also notes that all fines must be paid to the club within 14 days of being incurred otherwise the amount will be doubled.

A number of other rules also detail that players' agents are not allowed at the training ground unless visiting in an official capacity and that body composition targets are to be met by all players. 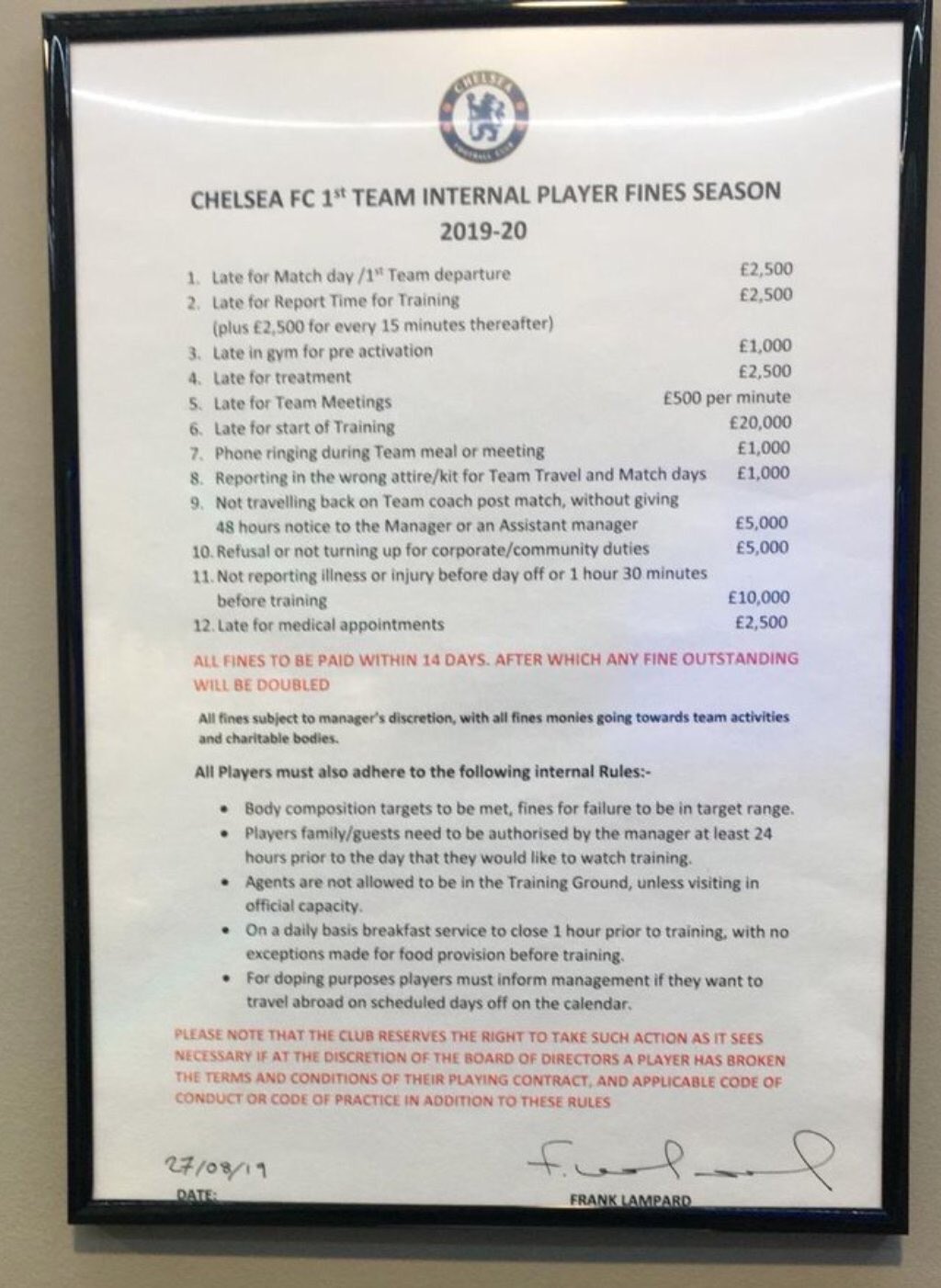 Lampard has enjoyed a bright start to his first season as Chelsea manager with his side in third place, eight points behind leaders Liverpool.

With the club subject to a transfer ban, the 41-year-old English manager has put his faith in a number of young players with Tammy Abraham scoring 10 goals in the season's opening 12 games.