Ireland may sit undefeated atop Group I in their qualification campaign for Euro 2021, but that m...

Ireland may sit undefeated atop Group I in their qualification campaign for Euro 2021, but that may all change tomorrow when they visit Germany for their next match.

Ranked second in the world, Germany are heavy favourites for the game against the Girls in Green, who, for comparison sake, are ranked 32nd in the world.

Ireland's one-point lead over Germany in the table is thanks to one extra game played, and manager Vera Pauw has made it clear that tomorrow's game may well be about damage limitation.

“It would not be realistic to, to say: “We go on to win,” or “we go on to draw”. The game itself will show how far we are and we will be prepared the best way we can, with all our energy, all our power and the players will be ready," Pauw said of tomorrow's 1pm kick-off.

Joining Friday's OTB AM, former Wexford Youths player Ruth Fahy was asked whether Pauw's message ahead of the game was defeatist or simply realistic.

"If you actually listen back to Vera, from when she first came into the squad in 2019, one word I would use to describe her is realistic," Fahy explained of the Dutch native's approach.

"She was very careful to maintain when the group came out that Germany were at a different level, so she's had this rhetoric in place form the start."

While Ireland have drawn one of their five games in the group so far, Germany have won four from four, scoring 31 goals in the process.

Fahy explains that it's simply a fact for Pauw to note that Germany are at a higher standard.

"They are a different beast completely but she's trying to downplay the chances. Realistic is the word, and if we are being realistic, if Ireland can keep the score down, if they can concede three or less that will be doing well," Fahy predicted.

"When you look at their squad they have five or six players who competed in the Champions League final two weeks ago.

"A lot of comparisons have been made to Ireland's draw to the Dutch two years ago but these are not the Dutch, these are a side who are comfortable under pressure, clinical and they know what Ireland will bring." 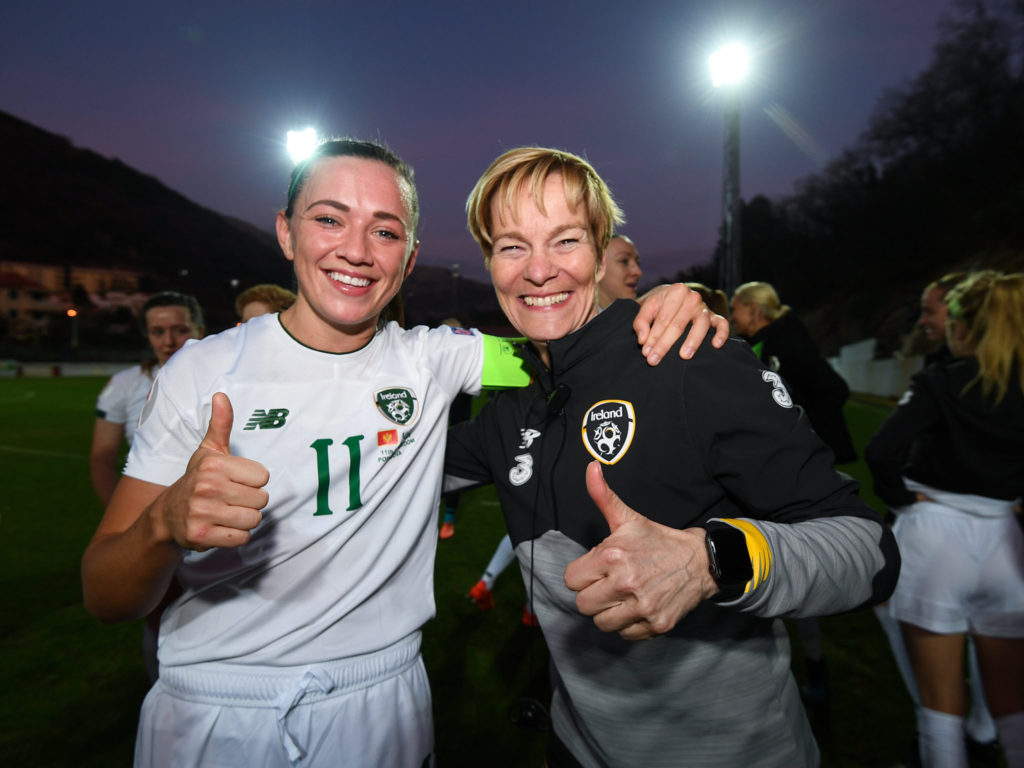 While Ireland will be more confident of a result against Ukraine next month, Fahy did point out that a draw against Germany, while unlikely, could have huge implications for the hopes of qualification.

"I was looking at the group this morning and if Ireland could nick a draw which is always, always possible, and then nick a draw against Ukraine then that would be enough to get second place in the group.

"Also, if Ireland nick a draw and even if Greece somehow manage to get full points – Germany aside – in the next couple of games it's still enough. So a draw is absolutely huge for Ireland.

"One point could do the world of difference and set them up in a completely different way come Ukraine in a month's time."

Although Fahy said it wasn't a result she'd bet on, anything can happen in football, even if Germany look stronger than ever.