John Caulfield has been appointed the new manager of Galway United.

The former Cork City boss takes over from Alan Murphy who stepped down earlier in the week after two years in charge.

Interim manager Colin Fortune will take charge of Friday night's SSE Airtricity First Division game against Bray Wanderers, and he will remain a part of the backroom staff at the club.

Caulfield parted company with Cork in May of 2019 after five-years at the helm.

During his time on Leeside they were almost always title challengers, and in 2017 won a league and cup double. 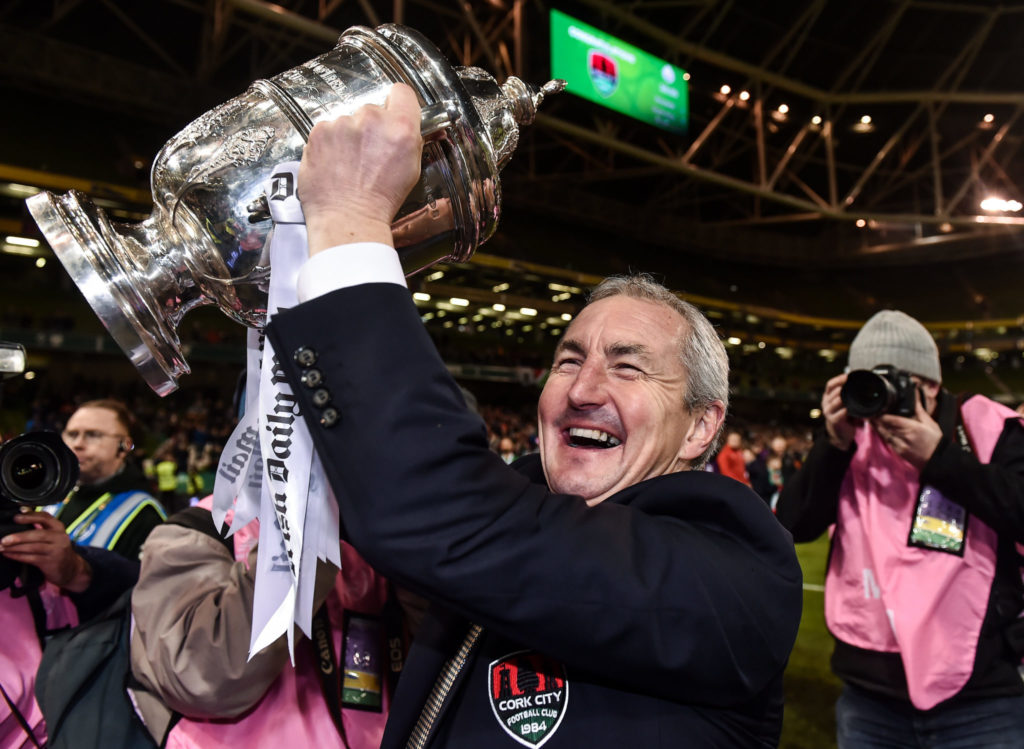 He takes over at Eamonn Deacy Park with the club second-from-bottom in the SSE Airtricity First Division, having only picked up two-points since the restart.

"Throughout my playing and managing career," Caulfield told Galway's website, "I’ve always felt that Galway United were a massive club with huge potential.

"It’s a club in a big provincial city with an excellent backing and fantastic facilities. The Comers have also been huge supporters of the club over the last few years.

"Right now, we’re not where we should be as a club, there is a massive job ahead and we’ll face challenges, but I’m hopeful that I can be the man to bring success to the club.

“I’ll be looking to get hands on, working closely with Colin Fortune and the rest of the staff.

"We will look to bring the confidence back into the squad and go on a run of results so that we can get into the play-offs, anything is possible if we all work hard and everyone puts their shoulder to the wheel.

"We will put all of our energy and time into trying to make the play-offs now, along with putting structures in place for next season."

'Michael D. Higgins sat at the top table at my wedding' | LOI manager