After England overcame Germany to reach the quarter-finals of EURO 2020, a healthy portion of the...

After England overcame Germany to reach the quarter-finals of EURO 2020, a healthy portion of the English media are in dreamland.

While there was much excitement surrounding what Gareth Southgate's team might do in the build-up to this tournament, Tuesday's defeat of their fierce rivals has washed away any inhibition on their dreaming.

Football's coming home? Well, there is certainly greater confidence that this may be the case.

"It was done. A curse had been lifted, a spell broken. England 2 Germany 0," writes Ian Ladyman in the Daily Mail. "From that point on, there was time left only for the magnitude of this achievement to sink in.

"Across Europe they may scoff. They may wonder why Gareth Southgate’s players did a little lap of honour around Wembley at full-time. This was a last sixteen game. There are seven other teams left in this tournament.

"Isn’t the time for such joyfulness supposed to be at the end of the actual final with medals in hands? Fair enough. But then why would we expect anybody else to understand? How would they know what this has felt like all these years? How could they possibly get it?" 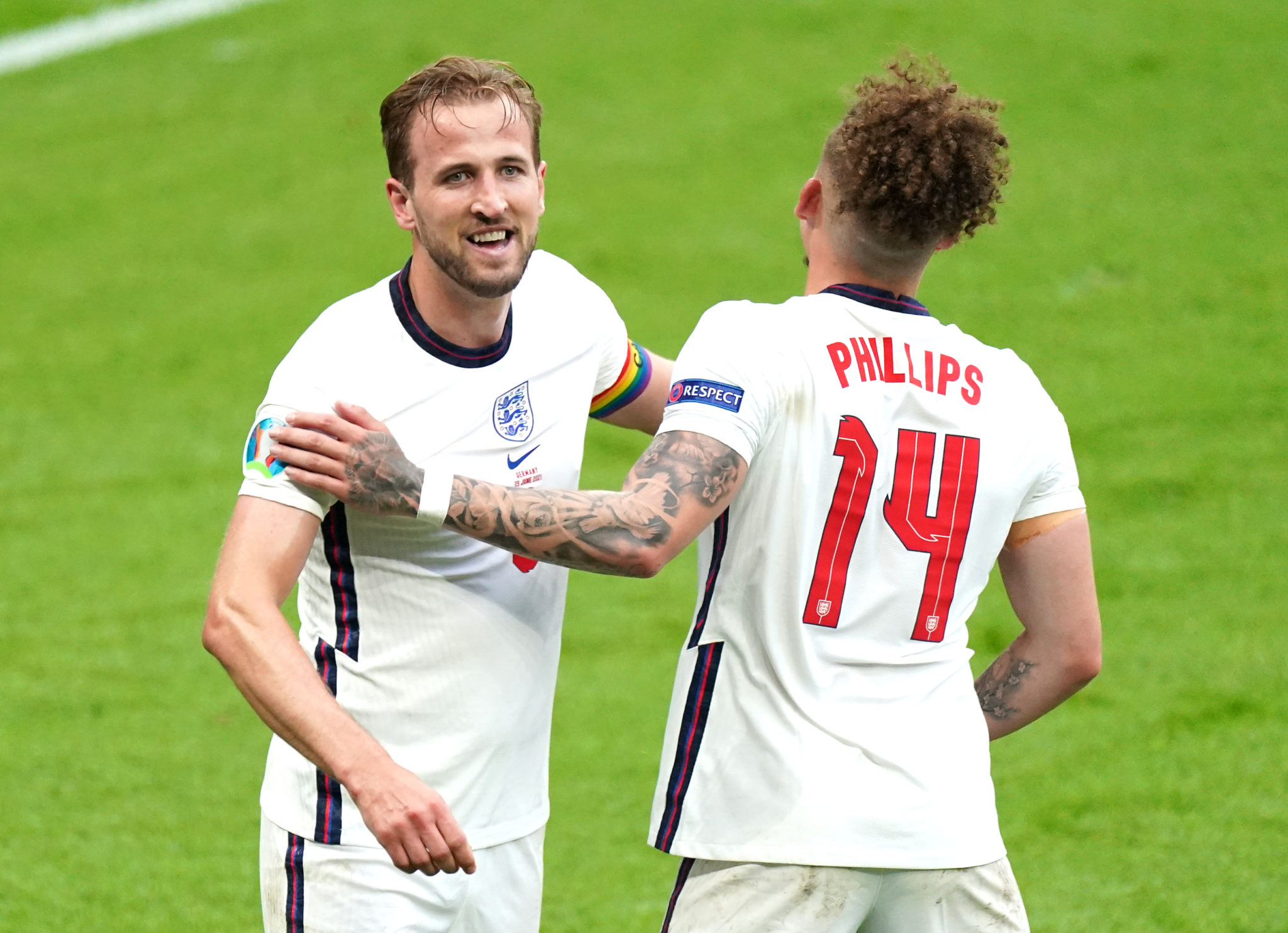 "It is done. The mission, accomplished," he writes. "England have beaten Germany in a knock-out match at a tournament, for the first time since 1966.

"It is done. The mission, accomplished. England have won – actually won, not just progressed via penalties – a knock-out match at a European Championship tournament for the first time in their history."

Elsewhere, Matt Dickinson of The Times directed his attention and praise toward England's manager, Gareth Southgate.

"We keep dragging him back," he argues, "and Southgate, always honourable, insists that nothing he does now will erase letting down his team-mates that day, but it really is time to give himself a break.

"Victory over Germany prompted a simple message from Tony Adams, his captain 25 years ago. “Redemption for Gareth,” it read."

So good, so good, so good. #ENG fans belting out Sweet Caroline. Noise levels at Euro 96 setting. What a game! Deserved win. Strong performances all over, Pickford, Stones, Maguire, Trippier, Shaw, Sterling, amongst others, Saka for a while, Grealish. Sterling motm imo. #ENGGER

"The memories of this momentous match will never, ever fade," he reckons. "The Eternal City lies ahead, another challenge against Ukraine on Saturday in the Euro 2020 quarter-finals, but seeing off the eternal enemy, Germany, will never be forgotten."

Over at The Athletic, there was plenty of excitement.

"He is too humble to speak in these terms but this much is true," writes Jack Pitt-Broke of Southgate, "this was his test, his gamble, his team, his game plan, his system, his substitutions and ultimately, his triumph.

While Carl Anka got all culinary.

"Good Kane is like a premium Swiss Army Knife," he believes, "able to switch between No 9, No 10 and sometimes No 8 roles at will. Bad/leggy Kane is like getting a cheap plastic spork. It’s trying to do everything when you’d rather use a specialist tool before everything breaks and dinnertime is spoiled.

"And then it happened, Kane decided he wanted to be a knife. Just a simple regulation knife. He stayed in the middle, cut through the German defence and got his headed goal." 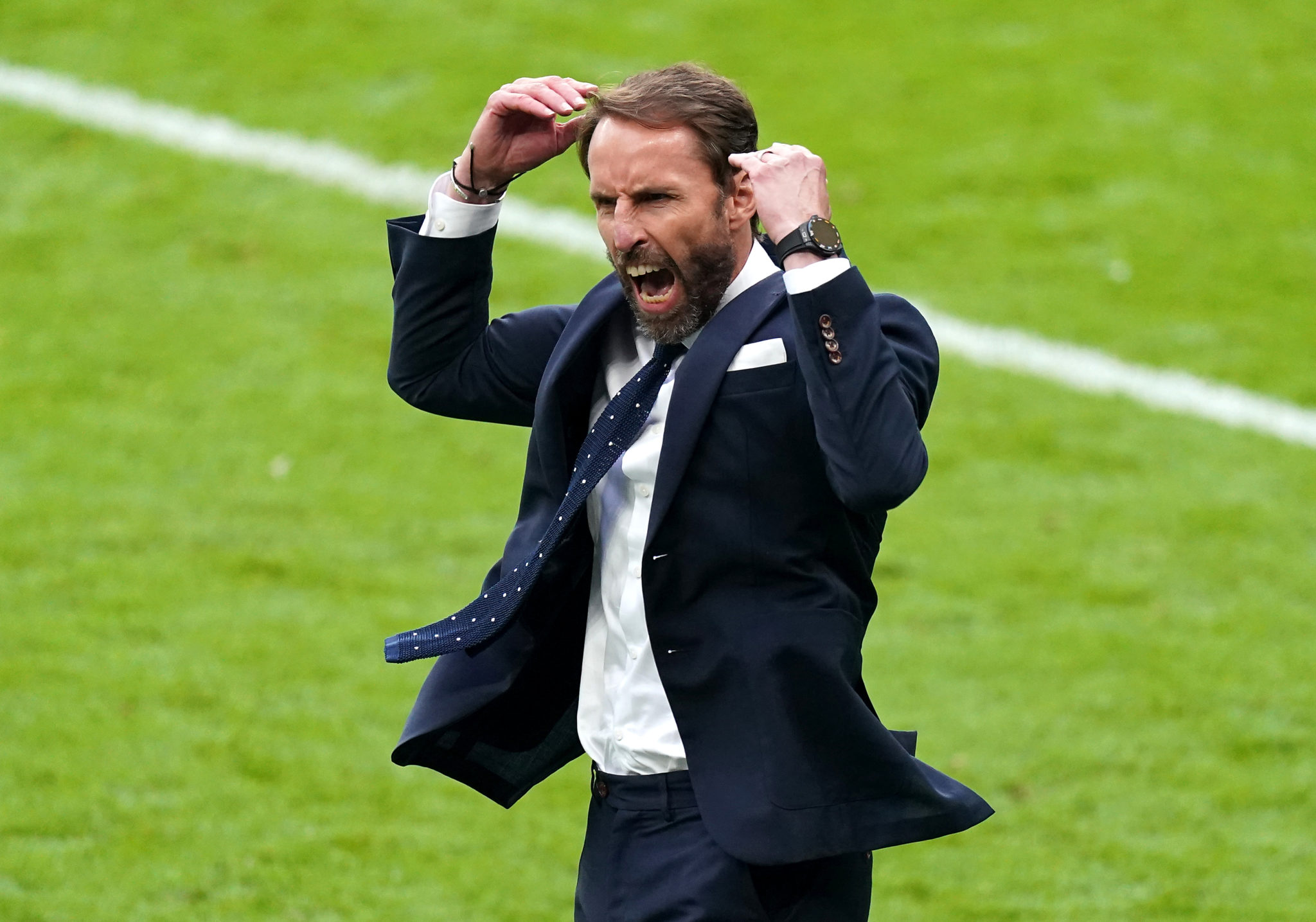 "In a way – and with apologies to Scotland – this was probably the country’s first genuine national post-Covid event," suggests Jonathan Liew in The Guardian, putting the victory in a wider context.

"And in the admittedly dizzying glow of victory it is hard to shake the idea that on some level England needed this: this coming-out party, this fleeting and illusory moment of harmony."

Finally, Sam Wallace of The Telegraph attempted to place this win in a wider context.

"This was not a great Germany side by any measure of their rich history," he writes, "but this was a great day for this England team, and for English football.

"The predecessors of this young team have failed against good Germany sides of the past and mediocre ones too, unable to grasp the essence of tournament football.

"That is to say, the grind of every hard-won minute in anticipation of the few moments that can define a game, a tournament, perhaps even a career.