Republic of Ireland international Enda Stevens explained that he does not share Jason McAteer's concerns regarding Stephen Kenny's "pedigree" on Saturday's Off The Ball.

With pre-season training already underway for the Sheffield United defender, it will not be long until Enda Stevens is pairing off his club commitments with the return of international football.

Since the Republic of Ireland last played a game of football, however, there have been some changes in personnel.

As Mick McCarthy's second tenure in charge came to a premature end, Stephen Kenny is now the man that Enda Stevens and other Irish players will have to impress.

According to Jason McAteer though, there may be concerns regarding Kenny's ability to impress the players.

"When I think of Stephen's appointment then," he explained to Off The Ball, "it is a pretty big ask from a guy who has only managed League of Ireland teams and a team in Scotland."

For Enda Stevens, a player whose progression to Premier League football had a stopover in the League of Ireland with St. Patrick's Athletic and Shamrock Rovers, these fears are overstated.

"It's obviously a step up because this is the pinnacle," he remarked on Off The Ball of Kenny's ascension to the role, "he's managing his country.

"But it is the exact same for any player, the pinnacle of your career is playing for your country. So, it is obviously a step up but it one you've got to say that he's been determined enough to make." 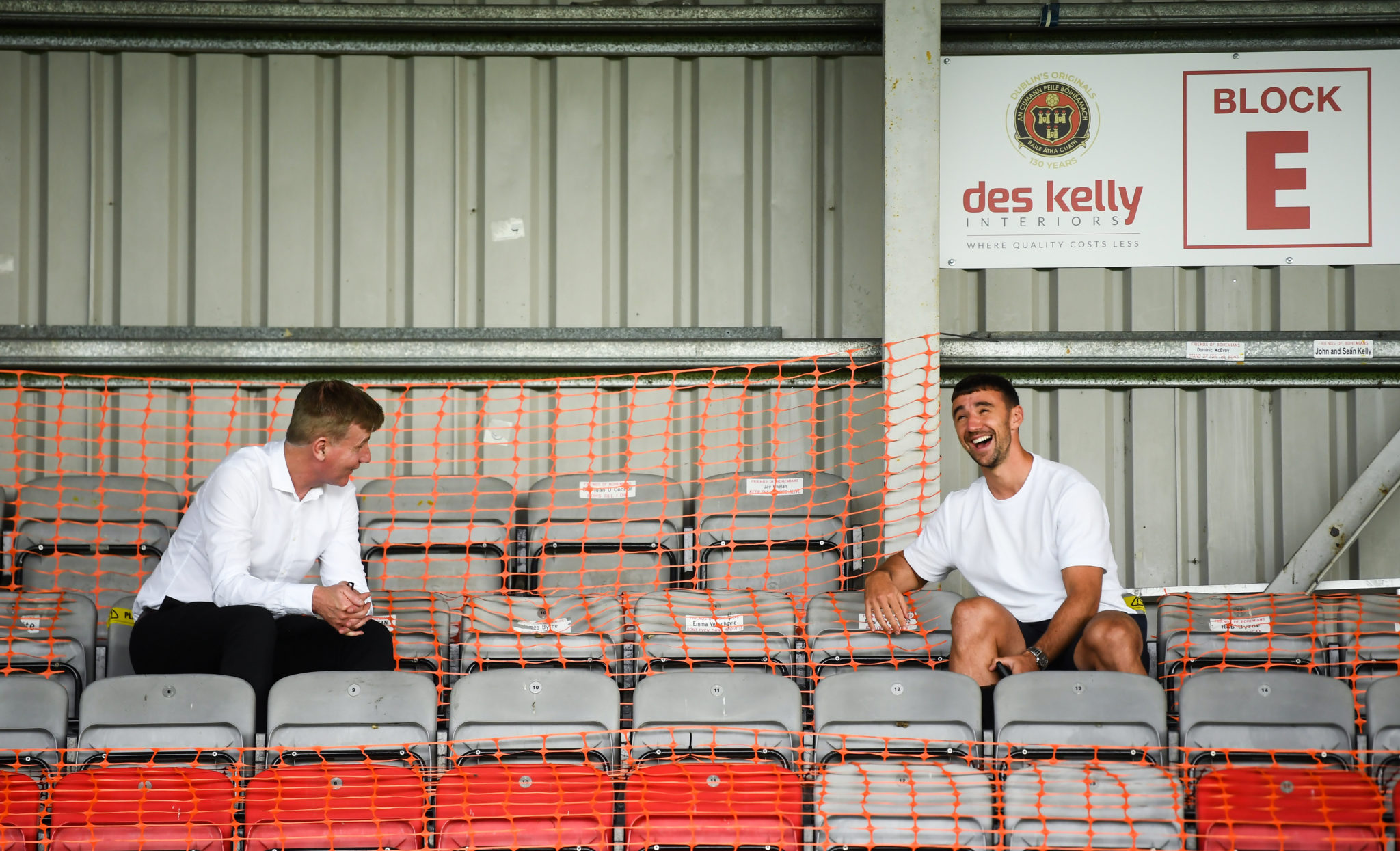 7 August 2020; Republic of Ireland manager Stephen Kenny in conversation with Enda Stevens during the SSE Airtricity League Premier Division match between Bohemians and Dundalk at Dalymount Park in Dublin. Photo by Stephen McCarthy/Sportsfile

After making his international breakthrough in 2018, Stevens has been a regular feature in the starting XI ever since.

Although Jason McAteer's fears regarding Kenny's ability to guide a group of experienced, elite-level footballers came from his unhappy spell playing under Brian Kerr, Stevens is looking forward to what the former Dundalk manager can bring to the role.

"Stephen hasn't shied away from what he wants to do and he has that confidence in his ability," remarked Stevens, "and he has good people around him too and the criteria to make it work.

"You need someone coming in who has that confidence in us to do well. The fans want to see attractive football and hopefully he can do that.

Contrary to McAteer's negative experience regarding what Kerr brought to the role given his similar background to Kenny's, Enda Stevens is adamant that the responsibility rests primarily with the players to perform.

"The players are very excited to work with the manager," he insisted. "All the lads that do know him, they've only heard good things.

"They're coming in with their fresh ideas and we've got to adapt to them. We've got to make it work for them and get on board with them, and we will. We're desperate to do well."